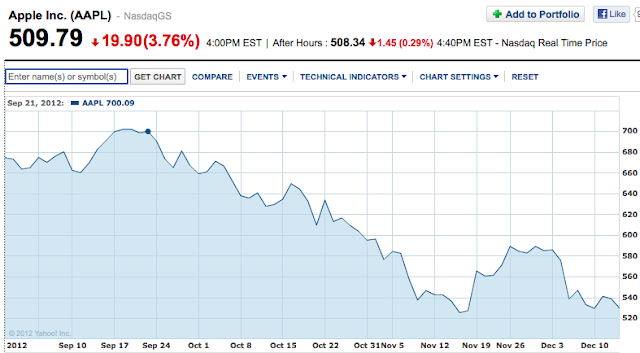 Bein' the sweet boy he is, Uncle done give AB this apple pad thang. Fer Christmas. An' the next thang is, Apple doan speak cracker...yeah, imagine that. In fact, it doan even speak normal computer.

Does y'all know that the apostrophe key is on a whole other board than the letters on this applecorepad? Jes' try writin'in cracker when ya' gotta change boards EVERY word! Well, it shure takes the huff outa mah puff.

On top of all, the real thang is the corepad thinks it can read mah mind--tries to anticipate what all an Auntybelle might say ---- now THAT is beyond any digiwonder, I can assure ya' of that!

I ain't finished bellyachin' yet. Fer all y'all appleheads, may I jes' note that yore brains is now applesauce. The Core Cosmos done conditioned all y'all to submit, submit, submit.

Ya' stroll into yore local book emporium. The greeter says, "Howdy do sir! It's a fine day ain't it? Give me a hunnert dollars, an' then go enjoy yore self lookin' around at the books, an note that some of 'em is free fer the takin'." ( Genius tried to change hunnert into gunner, an change 'em into me--it be very tiresome to keep correctin' Genius)

Now who of us'uns is gonna swallow such swill?  PAY to look around?  Why all the applesauce heads cause that's jes' what the genius appworld demands--pay into a I Tune Gestapo even iffin' y'ain't got no plans whatsoever to buy nuthin', only get the setups fer Blogger or YouTube.

Well, Of course, I'se informed The Street of mah ire, an' is pleased to note that they got the memo, an Issued a Core-ective, as ya' can see by the stock price of Apple, Inc.

Fer thems of y'all invested in applecore, send the Cores a wee hint, let the free apps be free, an AppleAunty might lift her hex offa their stock. Oh, an stop try in' to be a genius, regular intelligence gits Cracker speak jes' fine. 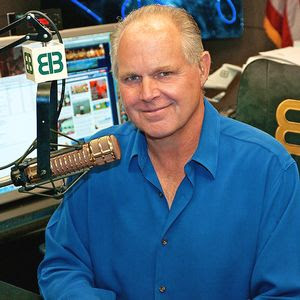 P.S.
Dear Rush Limbaugh, this heah blog post ain't no liberal swipe at the EIB Empire--long may it live. I know youse an AppleHead, an a big defender of Apple Stock, an' thas' 'bout the onliest slip up of yores I can think up--On most thangs youse got the good sense to agree wif' AuntyBelle. As a matter of fact, I'se considered invitin' ya to do a guest post on the BACK PORCH, jes' to chap the libs that lurk.   Next time I'se in Palm Beach ( I do come slummin' down  theah from Central Florida onc,'t in awhile) I might poke mah haid in to get ya' to show me a thang or two on this applepad thang. An', jes' to keep it even, I'll bring ya' one of mah books, cause it be a topic thas' heatin' up this year. Once again, apologies iffin' I'se hit a tender spot on your Applephoria Meter.

Now y'all, ya know some of this is jes' funnin'--though I will admit the Apple internal kulture is totalitarian an' I doan cotton to it none a'tall.

The IPad machine itself, however, is a great little wonder, an when I'se used to its quirks I reckon I'll be back to sing its praises.

What about y'all? Iffin' youse got a pad/ tablet, what sort do it be? is ya happy wif' it? What's y'all's take on the Apple Vs. PC world?

I'm Apple-ed to the gills: Apple desktop, Macbook Air, iPhone, and iPad. But, you knew that :o). It's the only computer I've ever worked on, so I'm fully adjusted to all Apple quirks. But I agree that the iPad and iPhone spell correct is beyond maddening. I think you can turn it off, but I've been too lazy to search.

Now, if you can get Rush Limbaugh to do a guest post . . . that would be, in a word: AWESOME. For many reasons.

Love you Aunty, but that would be a post I would skip.
... or maybe read out of the same morbid curiosity that makes people stare at bad accidents as they go by.

I have avoided Apple and will continue to do so, for so many reasons I won't even begin, although you covered a few and the core reasons which cause most of the rest. Unfortunately, the only mp3 that works normally above and below water, for swimming and such, and met my other criteria, was an Apple. But on my old machine (pc desktop) I can't get the iStore, or whatever these candy*##@# call it, to work. Gah! /rant

There are some tablets I might be interested in. I purchased my last lady friend a Kindle Fire 4G for Christmas, and that is probably the one I might pick, if not then an Android tablet of some kind. But only after I figure out how to buy a (at least) quad-core mega-desktop. Building my own seems to the way, save for wallet choking issues even then.

Oh, I really wanted to like Apple. And it is imminently crackable, as is Android. The problem is it just, it's like having mommy sitting on your shoulder. I cut the strings when I was 11, I won't reattach. No offense, mostly. :p

Hi Aunty! I'm only slightly Applefied with an Itouch and Itunes. I couldn't bring myself to pay their prices for a mobile phone I barely use or a tablet computer. Android works just fine for me in mobile computing. Meanwihle, I did put up a blog post just yesterday! Gonna do my best to stay in this time around. Life just been bizzy!

I'm a happy Applie phone and iPad user but laptops are all PC. I'd love to buy an Apple, but they are too $$$ and I'd never be able to integrate all of my work software, etc. But I'd love one for videos/etc. I don't mind if people want to charge for creating and writing an APP, but I do mind downloading a "free" version and then being hassled to upgrade to the real one. I deleted two yesterday that did this to me. boo! But, for thre record, ZOMBIE TSUNAMI is freez!

Blowfish is an Appleman.
I don't mess with his and he best not be messing with mine. Mermaid swears Apple is run like a cult with severe penalties if you argue with the Core manias. She ain't no fan.

I don't do Apple because:
a) I wish not to become an involuntary assistant to the big blow
and 2) I got so mad about the credit card thingy with my first Iphone I cussed way too much and too often. Now I have a Windows 7
phone and life is merrier.

Write a haiku and enter it over at the Pond before midnight PST tomorry. You can invite your buddy Rush to enter one too :-)

Moi, how does ya do it?? Turn off the dern spell correct nazi? Cain't write no dialogue. As fer Rush...heh, wouldn't that be a howl? Course, I doan even know how to send him a yoo hoo.

FC
Aw, now, seriously? Ya know he's jes' funnin' folks some. Anyhow, what about yore gadgets? Is you is, or is you ain't an Apple fan?

Doom
Hey hey! I hear ya' on the core reasons-- an that wuz a lucky lady to get the K 4G...now git yore self one too.

PamOKC,
Luv that baby chile! He is the cutest thang. Train him up Apple-free.


Boxer-babe,
Yes'm, real work heah is on. Laptop , not tablet. And I would never part wif' the $$$ fer this pad, but Uncle is a softie, an' knows airport security be a heap asker wif a tablet. Lemme jes' say out loud, PC is bidness, apple is fun. What on earth is zombie tßunami??

Fishy,
Blowfish be apple happy? I lean to Mermaid's theory. Ain't tried the windows 7, but as long as RIM is in bidness, that's mah phone. But good to know in case...as fer Rush writin' a Haiku, why Doan ya ring him up? Me be he would judge it....lol!

Everyone but me has an Iphone and Ipod. The Boy has an apple laptop that he likes a lot. The Pudge has a kindle fire that seems to do most things an IPad does. I seem to somehow manage without these things.

Aunty,
Let's talk gadgets instaid.
From blogging, the thing I pick up from Apple afishyanados is that they crash ... suddenly ... and any repair costs a cartload of apples.
Yet, they LOVE their apples.

When it comes to computers, I am definitely a PC FC.

Oh youse a smart fella, stay free of the stuff....ain't nut him' but high tech tethers.


See? Now tha's why come we' simpatico-- PCs is tool person's tool. Why apple has rep of bein' crash free I doan unnerstan'....everybody tha's got one that I know, has big $ issues wif' 'em. Reckon the thang is apple smartly created an image for its fruits, idea be that if youse über Über, ya' drive this buggy, vacation in this resort, an' sport the newest I phone. Auntybelle is Gavin' fun wif' the tablet, but I is PC in mah heart. See that? "Gavin" is the genius' idea of " havin'. Grrrrrr!

Typing this comment on the ipad2 right now. With one finger. I got mine last Christmas from mr foam although I didn't ask for one. It took some getting used to. It's rather hapless when you first get it. And you should have seen me trying to figure out here the DVD slot is :). Auto correct is annoying, but it is equally annoying on my droid phone.
I use the kindle reading app on it, plus blogster for blogging purposes. I guess the main thing to remember is that it's not a computer, but functions more as a large mobile device.

Thas' the best advice yet-- keep in mind this fun thang is a mobile device...lol at lookin' fer DVD slot. Hahahaha.