Weirdly, I had a Ray Bradbury moment the day the venerable Sci-Fi author died.

I doan read the genre, but I did git to go to school.  Fahrenheit 451 was assigned us'uns. Y'all has read it? 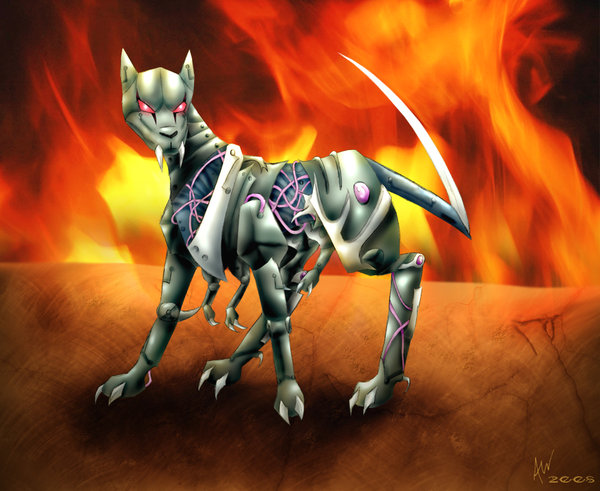 I met that cur in a medium size Spanish city known fer its sedate old world grace, stuffy professors of arcane Iberian  history an' thus,  far off the Tourist Trail.

Aunty, in correspondingly sedate rental coche, pulls into courtyard/ plaza/ parking area of determinedly sedate hotel alongside other vehicles. AB hops out of coche, hits the lock on remote entry "key" that ain't a key, skips into the reception to register, realizes she done left her phone in the drink holder, scurries back out to retrieve same,  hits remote entry an'....nada. NADA.

Try again. Again. N A D A. Not even an impotent clickin' sound.  Really?  Sigh. Reckon the rental folks will tell me whar' to git a new battery fer the key-less key thingy. 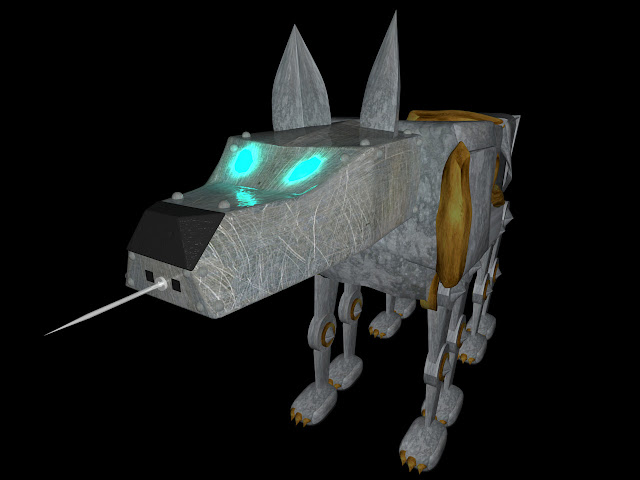 Fumin' --Aunty ain't got no time fer this--I hustle back into the blessedly cool reception whar' a professional young'un murmurs, "Madame, please to leave your key. My colleague will take your coche to the parking garage and transfer your luggage to your room."


"Well, Ciruela Dulce, it ain't gonna be no use to ya'. It's battery jes' died on me."  I aim the key-less key out the stately window at the coche to demonstrate mah distress.


The murmur, "Madame, I will request your coche unlocked in two minutes.  Do not take worry."

I stare. What kinda talk is this? 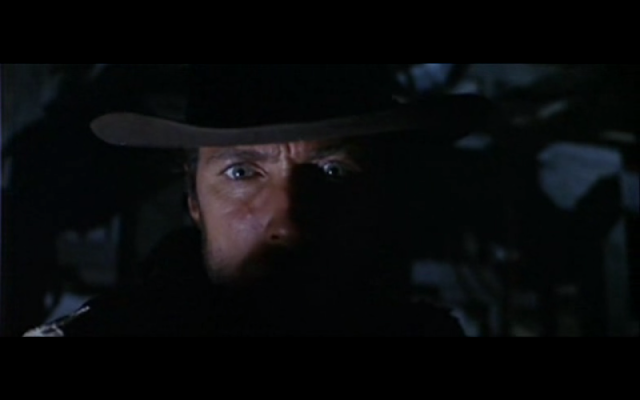 "I beg yore pardon?  Youse gonna request my car be unlocked? Request of whom?  How do  they lock it? Wait--WHY wuz it locked at all?


Murmur, "Madame, do not take worry.  The policia  have locked your coche.  For your safety, of course. One moment please. Only a moment."


(Insert heah a vision of a roach walled Mexican jail seen in all them spaghetti westerns--that'd be what held Aunty back from an utter meltdown diatribe on the horrors of a police state. 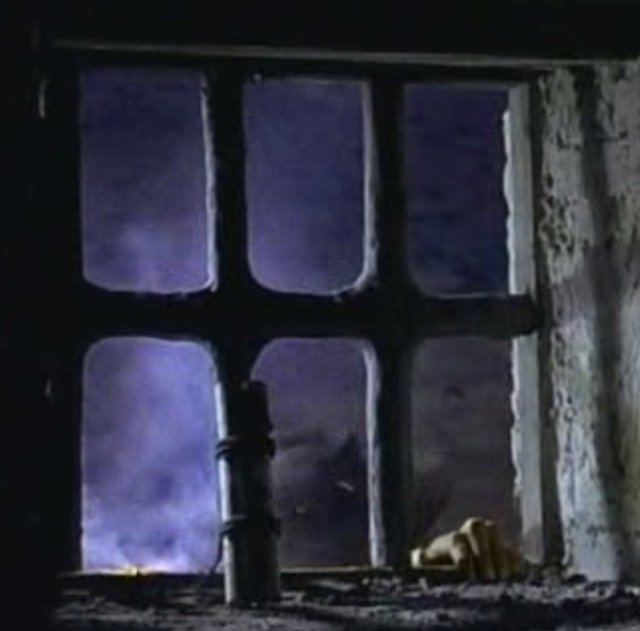 Iffin' them policia folks can remotely lock mah coche, I knowed Uncle, clueless at home, wuz gonna git a blister or two pryin' me outa some subterranean squalor pit, even iffin' he donned his Zorro mask an' cape.)


Murmur an' me locked eyes. 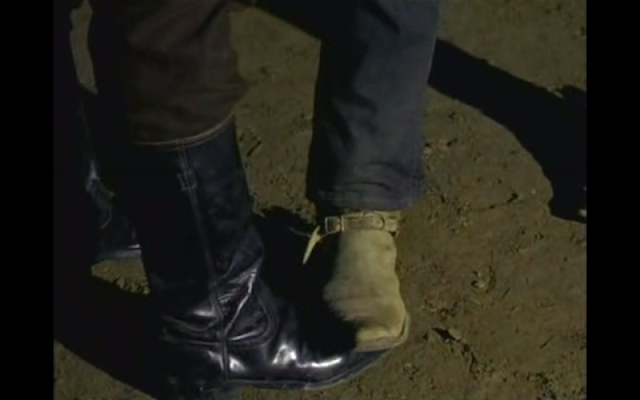 
Apparently it be the policy of some hotels to have a "spectrum" umbrella  over their property so that they can lock yore vehicle at will.   (Mebbe they do this in our Metropolises too?) Thas' in addition to cameras thicker than horseflies in every major city.   I doan need to make no mention of what this means for invasion of privacy, personal space that y'ain't got none of no more, etc.  Later that night I heered how Bradbury done left us, an' wuz creeped out again by mah own encounter wif' the Mechanical Hound.

The gubmint done give the first ever fine fer data minin' to an outfit fer sellin' yore credit info to a potential employer, minus any verification of said data an' wif' out yore knowledge that youse been mined or sold.


It's a start--fer the battalion of attorneys whose gonna profit--the victims git nuthin'.
++

I'se home. But I'se on Spain time an all sidways to the clock. Hope to be around to y'all's blogs tomorry.

Goodness, this is worrisome. But further cements my resolutely love/hate relationship with Europe. I love its beauty, history, and ciao, baby laidback-edness. The rules can bite me, though.

Glad you're home safe and I look forward to a recap of your adventures.

Welcome Home Aunty! I hope you have some pictures and less scary stories to share when you're back into Front Porch time?

I'm with Moi, while I love the culture and history of Europe,being off the beaten track can have it's benefits.... and yet you're so very far away. 25% unemployement in Spain. Maybe that's why everything is locked up.

"Do not take worry". Noooooo. I would have taken BIG worry after knowing my car was not private.

Yikes, time have changed. I'd hate to be traveling with mr foam if something like that happened. He'd have a, to put it very mildly, a conniption. .. And I might too.
Glad you are back. Play haiku with me this Monday. The theme is sultry and deadline times are fairly flexible. It should accommodate your warped sense of time.

"for your safety, of course."

When people hear talk of "ugly American", and cluck their tongues, I always laugh. Those people simply haven't experienced the truth of European "liberalism" in action, aka their governments and police. When free people go to lands where they don't have rights (and Americans probably have more rights than the average European in Europe), things are bound to get ugly. And our past presidents have barred Europeans from coming here. They are stuck.

Glad you made it back without a diplomatic incident, time in jail, or more than a bit more reason to hold on to your freedoms at home. Police states are spooky, mundane or even benificent as they try to make it seem, innit?

"Since when has authority not claimed, when imposing trammels and curbs on liberty, that it does so for a wider good and a greater happiness?" —Christopher Hitchens

What what what? I have never heard of such a thing. There is security and then there is noneofyourbizness. Very interesting. I hadn't thought about car locks, but ... ooooh, more food for thought, Aunty, more food for thought. Besides, what are you doing driving on the Camino? Maybe you were driving an El Camino! Yeah, that's it. Welcome home!

"Do not take worry" - I love that phrase. I'm glad we have a constitution that more-or-less protects us. I don't know what they have in Spain. I guess they have different rules, just like they have a different word for everything.

I'm sure you're happy to be back.

I'm not sure I understand. Does it reduce police claims? Is it because Americans or foreigners are targets at hotels? Weird. Is Spain socialist?

Hey Moi, Cherie.
No kiddin' it's worrisome. Due to the riots/ "manifestations" in Barcelona an' Madrid, I skirted them cities an' din't think I'se gonna have such woes. Never saw a riot or even a demonstration as I stayed off the general track of US visitors--all the more reason to be startled.

ooh I does have pics--when the smoke clears heah, an' I can git mah photos downloaded you'll see the happier parts of the adventure. As fer the locked 'coche"--I'se till super creeped out. 25 % unemployment --hey! Now we know whar' to git yore next part-timer--but the Spaniard will have to be Mickey approved.

Sultry? I'll be thar'. As fer times a'changin'--Oh chile, Europe is becomin' very 1984. Mr. Foam is mah kinda fella--doan take no guff, ya kniow? It's sheeple who invite such abuse of delegated powers.

thanky--I'se happy to be home. An' gettin' home is becoming ever more harrowing. The line at passport control in a southern city had folks puttin' their thunmb on a scanner, an then took their photo wif' facial recognition cams--Aunty be freakin' out in her line --cause I ain't gonna give mah thumbprint to nobody --thank goodness, when I asked a customs/ passport fella when THAT became part of the "welcome home" show he said "2003". Aunty say, nuh uh--cause I'se in France in October an' came back through Hotlanta an' they never did that. Then passport man said, "Oh, you're USA? You doan need to do it, jes' the green cards and visas --for now. Soon everybody comin' in, USA or foreigner will have to give prints and photo/ faces."

Reckon this mighta been mah last sojourn. As fer what else they can scan--heh. Kid on plane comin' back was USA computer science student doin' year in Valencia--we discussed the locked car. Kid said, we have the tech in place to hit the brakes in any car (or lock ignitions) that has On Star, even if On Star is not on. gheeeee!

Doom, mah friend,
you say it true--they have no clue how roped up they is. Americans are losin' freedom daily--but we's stll the best thar' is on many fronts. But it's goin' the way of the Dodo bird lessin' us'uns step up NOW.

Moi,
The Hitch got it RIGHT, fer once.

Sigh..I wuzn't doin' the Camino, though mah itinerary crossed the Camino at significant points--and I did get to santiago itself--but YOU KNOW I would never "drive it" as a pilgrim--thas' jes' not the same at all--makes me cringe in fact.

well, by mah thinkin' all of Europe is socialist. I doan unnerstan' either. It warn't mah bein' American-- they locked a French couple and two Spaniards. reckon I'se too think to figger it out--not sure what it accomplished or prevented. Anybody got an idea?

I miss Ray Bradbury.
He is responsible for my lifelong science fiction addiction.
Seems a book lover like you would love F451.

Glad you are home safe.

Just stumbled on this for ya, when ya get sitchated.

My response to reading this is I have now "taken worry".

That said,
I laughed out loud at the vision of Uncle in his Zorro mask and cape coming to liberate you.

coming soon. to an Amurka near you.