Would ya' vote fer this fella? 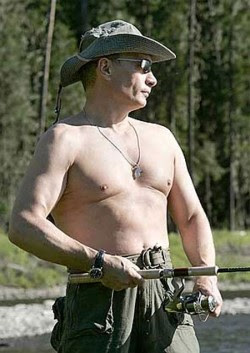 Akshully, nuthin' as grand as a "thought," jes' random, chaotic, non-connected flitterings that may be closer to TIAs than thoughts.

Afore she died, Granny Cracker sank into somethin' the docs called "CO2 Narcosis" one feature of which is confused thinkin'. Even when confused, though, the thoughts be based on a real event. Heah's one that Granny had:

AuntyBelle: "Morin' Granny, how ya be today?"

GC:"Well, looky thar' (she points out the window). See that building? It collapsed into this
building an' shoved mah bed into the next room so the girl wif' mah breakfast tray never
found me."


While I'se both alarmed an' amused by Granny's report, the aide explained that Granny's bed had been moved while she wuz sleepin'--in an' out of the room, then back into the room. Somehow Granny, more aware that ya' might think, done wove all that bed movin' commotion into a whale of a tale.

I ain't tellin' y'all no tales. I is jes' sharin' the flittery stuff that I COULD weave into somethin' spectacular given a few glasses of moonshine, or a one more sleepless night, or another excruciatin' flight next to a groady fella in a muscle shirt wedged in the middle seat.... 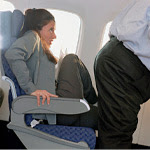 I'se got mah toes touchin' the line, lemme tell y'all.

Anyhoo, I'se invitin' y'all to have mercy on me--distract me as ya will, by takin' any of these flitters an' addin' yore own comment/ insight/ complaint/ howl.

1. Vlad Putin wanders around Roosian resorts sans chemise or in dive suits posing fer cameras --is this part of his campaign to increase Roosian birthrates, now that he figgered out his nation is dying? Creeeeeepy. (see photo up top--er, topless photo at heading)

3. Who knew that ya' need a IRON KEY if ya doan want folks snoopin' into yore internet bidness. Or erasin'/ stealin' books off yore E-Reader?

5. Software is developin' that will allow Obamacare to match yore medical history against others in yore household census records back 30 years to track genetic probabilities of yore future health requirements. 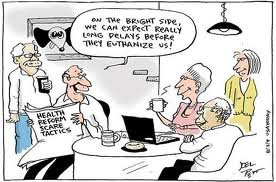 6. "Our digital age demands a different form of attention." Our wired world is re-wiring the human brain? Or is it? Does good work truly come out of the hive setting? 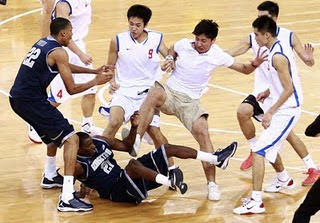 8. Georgetown University Hoyas (Basketball) were cuffed by a few Chinese players in a Beijing "Good will" exhibition game --mayhap the referees din't know the word "fair" since chinese boys had only 11 fouls to the Hoya 28 fouls...hmmnn. 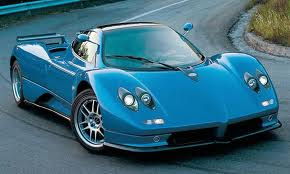 1o. Why ever'body expects a list to have ten thangs? Afraid one of yore fingers will feel slighted?

Uncle say since the Pork Rind Bidness is a leetle light these days, he's gonna become an' inventor. He done got his first idea already: The AirComfortCollar. Seen them plastic shields/ collars they put on dawgs to keep 'em from scratchin' they ears? Uncle say he's gonna make personal collapsible shields for use on flights--ya put one on to relieve ya' from havin' to see how disgustin' the passenger next to ya is--it defines yore personal airspace an' acts as a barrier from the direct blast of their halitosis an' expialidosis. Of course, iffin' they open a can of sardines youse jes' gonna have to go fer the oxygen masks.

I ain't seen anything as bad as that PukyPutin image since the ones of Clinton jogging in Hillary's gym shorts.

I can't help you much. I got the big time blahs about politicians, money, government, passive peoples and the loss of decency in all things. I am powerful sick of the "new normal" and I hate to think of all the youngins graduating from schools majoring in greed.

I am trying to find an attorney who will take my case: Fishy vs S&P. I need to collect billions in damanges. The S&P folks did funny math for greedy bankers and now they have done more damage to the value of the dollar by more funny math. I want some payback.


Funny Granny Cracker story, hope you got her some victuals.

Aunty, would you be up for some distraction of the food variety? This might kinda sorta fit in your "Unexpected" category. I got to be present for the filming of Travel Channel's Man vs. Food Nation yesterday at one of my favorite eateries. I guess the "Nation" part of it means host Adam Richman is going around the country spotlighting local specialties and letting other people participate in eating contests rather than just gorging himself. I am delighted Tom+Chee will get some national exposure, and grateful they quietly tipped me off so I could attend. My report is up here: http://eggplanttogo.blogspot.com/2011/08/adam-richman-filming-at-tom-chee-today.html

And I'll soon have a couple of posts up about meeting getting to meet a Top Chef contestant from my hometown - that dinner definitely belongs in the "unexpected" category. It knocked my little eggy socks off :)

1) Adam Richman rocks. I liked the show a little better when he chomped everything himself, but I can certainly understand the change. ONE person can't do dozens of eathing challenges per year without it causing health problems.

This will cause problems beyond the occassional basketball thuggery.

Put me down for one of them AirComfortCollars! I feel for ya on that plane. Muscle shirts oughtta be outlawed! Hubby and I went to a cafe for breakfast. This really fat dude comes out to wash the tables. Had a muscle shirt on with hair pokin out all over. We skedaddled!

Well it depends on who that fella IS.

The new reality show, Russian Dolls, is horrifying good fun. That there are actually people like this in the world, well, I don't know whether to laugh, cry, or reload.

note to Uncle; I can help you with your "annoying seat partner containment collar" The material is high denisty polyethylene. It's also great for putting a barrier between you and people in line at the post office and Costco checkout.

I have quite a story of Granny stories--most will pry a chuckle outa the worst of days.

Troll!
uh-huh, I reckon youse pegged the Chinese --anti-American is part of their trainin', though I'se told their ire at the Koreans and Japanese is far more animated. Hard to imagine, ain't it?

GICK!! I'd have skedaddled too. Gag.

WHICH which fella? The 'would ya vote for this fella" is PUTIN, the muscle shirt fella was YUCKY, WHOever he be.

Boxer-Babe!
Why of course!! Oh Uncle will be so pleased. He say it should be scratch an' sniff to activate the aroma of the northwoods or somethin' to neutralize the ambient air.

i was the first person to refuse to go through the microwave at the SF airport Saturday. I gotta say, the best way to deal with TSA is to opt out. because they pull you out of line, collect your stuff, bring it in a private rom, talk to you soothingly like a trapped animal, put on fresh gloves, feel you up, and leave you in luxurious space, free of bin pushing slags, to redress in relative privacy. I could see the farm steers merrily entering the scanner like slave training is a festive initiation.

there were giant balloon people in the holding pen waiting to board the plane...solo travelers are often the unlucky who fill the one seat. mercifully, the poor sukka this trip was a tiny slip of an asian girl. I lucked out -i got a young man with proper footwear. I did beg, shamelessly, with all the charm i could muster, for a mercy kick up to FC. but it was full. I did score a free cocktail card and a personal note from the desk minion that read" have a nice flight" with a smiley face. it was sweet and it made me smile.

I thought the first picture was Milk River Madman! Bwahahaha

I think someone (I'm looking in the Mrs' direction) doesn't move my bed but moves everything else around my bed.

I hope I never have to fly again - EVER.

Woot! The local newspaper mentioned my blog and linked to my blog post about the Man Vs. Food Nation film shoot. Here I was happy to give a little attention to the fine folks at the local eatery where the show was filmed, but it's now gotten me a little attention - and over 500 hits! Who'da thunk it?

That's Putin? I thought for a second it was Hunter S Thompson.

I'm worried about offending someone with my grammar blog. Let me know if I should remove it. I just hope Michelle Obama doesn't take up fishing.

ya did luck out this time--an' I too have learnt how the pat down is best option--more mileage fer resistance.

Ahahaha! MRM, whar' is that fella these days? Putin should be so lucky.

Curmudgeon,
naw naw, now--doan be worriet none--thas' jes in formal situations such as Haiku when the master basho be host/ judge since (NORMALLY) he sticks to the strict order of Haiku-ness.

Over heah on the porches grammar, as ya see, is nice frippery iffin' ya can git it, but t'otherwise, we's indulgent.