By the time I waltzed down stairs this mornin' Uncle already be up. The cawfee smelt heavenly.


Uncle glanced up from the paper, smiled, then ducked back down into a soup bowl full of Cheerios piled wif'' sliced bananas. It be all of 6:45 a.m. He caught me peering at him in mild wonder. "What?" he asked. 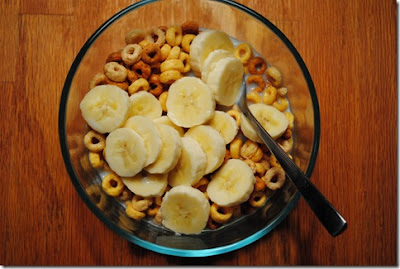 "When ya' wake up is ya' akshully hungry?" I inquired.

Uncle patted his mouth wif' his napkin like a good fella, then said, "Accordin' to ever'thang I've read, a body should eat something straight away to git that metabolism jump started." He smiled. (Cheerful mornin' people is known to be of subnormal IQ)

I squinted at him.

"Jes' answer the question, why doan'cha?"

"Belle, what in tarnation is ya' tawken about? Ya' know I git lost when ya' start all that hairsplittin' jabber."

"Aloysius," I said, "it were a simple question: Is ya' hungry the minute yore feet hit the floor? Is ya' hungry this early in the mornin'? I din't as't iffin' it is a good idea to eat early, or is it a scientific fact that ya live to be a thousand iffin' ya' eat at dawn....I jes' wondered iffin' youse akshully hungry? Thas' all."

He looked perplexed. "Oh." He snapped the paper in front of his eyes an' I took mah cawfee out onto the porch.


Other times this week: 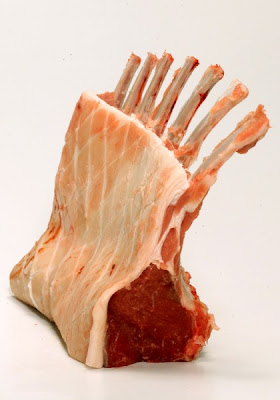 Aunty to meat manager at local grocer's "Do y'all have a French boned rack of lamb? Or can ya carve me one?"

Manager: "You know, mam, awhile back a woman brought us in a photo in a cookbook about French boning ."

Manager: "Why do folks want that anyway?"

Aunty to editor: "How soon does y'all want that piece on orangutan social networks?"

Editor Herman: "We want to run that article as part of our new line up. I know it's a change, a little less gravitas, but keep in mind that digital media is a different animal. The rules are different now. It could be good."

Aunty: "I ain't askin' ya to justify the content of the new line up. I jes' need to know how soon ya' need it afore I agree to it. Lookin' for hard information, Herman, not communications theory. "

Is it jes' me folks? Do it seem a REAL BIG DEAL these days jes' to git an answer to a simple question? Seems to me ever'body is prone to justify--start listenin' an tell me do ya hear this too? I could probably git 250K stimulus grant to research this phenomena.

Must be I still ain't over mah air travel trauma. Cain't seem to shake the grumpiness.

I asked an employee,

grrrrrrrrrrrr. This week? That person is not being asked for overtime. The butcher didn't get the order for lamb and at least Uncle gets breakfast.

Someone needs to pour you an ice tea and let you sit on the porch. You tired. xoxox

Do it seem a REAL BIG DEAL these days jes' to git an answer to a simple question?

I thought I'd answer before I wrote anything.My wife and I take turns playing this game. Except for her mom, her family is incapable of making a decision. (Her answer is no.) You must master the art of hunkering. Hunk means haunches in Scotch Gaelic. What you do is draw them down in to a squat. Have a stick in your hands and start drawing circles.I do this with farmers trying to get permission to hunt. Neither of you can stay down long. So a decision or answer has to be given quickly. When you have been answered, the traditional conclusion according to Gaelic custom is stand and say Oooh Ahhh. It is a negotiation strategy as old as our cave man ancestors.If I could get congress to do this we could have world peace in no time.

"Do it seem a REAL BIG DEAL these days jes' to git an answer to a simple question?"


"Seems to me ever'body is prone to justify--start listenin' an tell me do ya hear this too?"

"I could probably git 250K stimulus grant to research this phenomena."

You can start your research in my house. We take turns at not answering the question in this house.

Also, I am rarely hungry first thing in the morning. I'm up at 5:30 and the only thing I can stomach is coffee. Then I walk the dogs/go for a run. By that time it's at least 7:30 and only then do I eat, mostly out of habit and because I happen to like breakfast-style foods. But if I were to really think about it, no, I'm not actually hungry until lunchtime.

S.B., by the way, eats the EXACT SAME THING as Uncle most mornings. I should buy stock in Cheerios . . . And a banana republic.

Moi,
save yore money--soon we will BE a banana republic.

Is it jes' me folks?

My theory is that too many people are watching too much TV news and too many political speeches. You won't get a straight answer from any of them.

The Mrs and I have been going round and round with The Pudge - and breakfast. The Pudge does not want to eat anything until lunch time. He tells me he's just not hungry in the morning. The Mrs is insisting that he eat because she wants to be a good mother and everything you read says kids should have a good breakfast. I told the Mrs that The Pudge knows what his body needs in the morning and to leave him be.

We all compromised and The Pudge now has a yogurt (because he likes them) in the morning and that holds him until lunch. We didn't have to raise the debt ceiling or taxes to do this - go figure.

No,
This is not you being grumpy.
This is an irritating trend.

Mebbe we should do that 6 degrees of separation thing with Uncle, SB and Blowfish. The big fish in these waters pours himself a three serving size serving of cereal with seasonal fruits (we have moved from blueberries to peaches) which he eats while the coffee is brewing.

I had to leave the room.

Just popped over to leave you a little reminder link to my place for Haiku Monday if you feel up to playing...

I had a young sales person ask me for a mobile phone contact number recently. She looked quite mortified when I said I didn't have one, but I could give her the number for my land line... Her response.... "What's a land line?"

Ha to Princess. I have a wee, technologically backward cell phone I rarely keep turned on. When people ask me for my number, I always have to turn on my cell to look it up, and tell them to remind me to turn my phone on.

Aunty, here's a yes or no question for you: Are you in for the Bacon Culinary Smackdown? Deadline is 8/31, and Grumpy Granny is hosting. I'm hoping we'll collectively be able to keep up a little momentum for the Smackdown. If you need more info, stop by and leave a message at my place.

I'll be bacon shopping with Cindie then cooking at the river this weekend, but will check in when I can.

Hope everyone weathers Irene and whatever other personal storm you might be experiencing :)

I like plain cake donuts -- what Dunkin' Donuts has as Old-Fashioned Donuts.

Every time I go in there and ask for plain cake donuts, I am accosted with questions and a harangue:

"Now, what do you mean by 'plain cake' donuts? Do you want with or without the glaze? Because a lot of people come in here and they ask for plain cake donuts but what they really want is glazed donuts like Krispy Kremes not plain cake plain cake donuts."

The first time I heard this, I thought it was simply because the company seems to be hiring mentally deficient employees.

And on the matter of going postal, now when I go to the USPS counter to do a priority mail thing, I have my own harangue to forestall theirs:

At least I'm hearing my own damn voice instead of Mamaw's, and it's said a lot more quickly.

Czar--well, see? We agree on lots of important stuff! I like cake donuts too!

I think the whole world is either tryin' to be over accommodatin' --a pretense to customer service--or is justifyin'. Wearisome, ain't it?