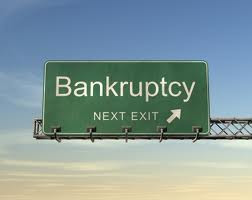 Y'aint worriet that the Dow fell off a cliff is ya'?

Doan worry, be happy. I'se happy when I fantasize what I'd do when they make Aunty
Empress of the Cosmos. Does y'all do that too?

What ONE Executive Order would ya' whip out if youse Cosmic King fer a day?

I pulled most of my money out of the stock market a year ago, so I'm not personally freaking out right now. Still, it doesn't say good things about the future and that's concerning. My older Brother is Chickory's "twin" Doomer and has been warning about a double dip for the past twelve months. I actually listened to him.

Meanwhile, I'm attempting to keep a small bidness afloat and wonder what business I'll actually have next year.

They are just looking for a way to take money from us all over again ... this is all on paper anyway. The manipulators want us in a recession, so we do what they say.

I have a hard time trusting anyone who has a name that sounds like a villain on a Saturday afternoon cartoon show, and the republicans are starting to sound like used car salesmen that steal your keys until you buy a car. All this bipartisanship is killing me. No one ever deals with this because they don't want to lose votes. Well as auntie might say Even a spotted pig looks black at night. Maybe tomorrow will be better. The doctors got to me this year quicker than the stock market.

An Executive Order rescinding all executive orders issued by the Obamanation.

But, the issue is akshully what ya say--tryin' to keep a bidness goin'!

Pam,
youse wise. Amen to all ya say.

Curmudgeon,
best revenge is toi live on despite it all--heh. Looky, tomorrow IS another day an' the world has been bleaker before--more to be happy about than not. Keep yore chin up, friend.

FC,
you bet! --but, ah, what is ya buyin'? Lot's of folks buyin soon--to cover their shorts. I ain't savvy enough to figger it all out. But 'spect that fortunes is made by the movements either way.

Reckon ya hear that big banks is now CHARGING big accounts for the service of parkin' their money? Yep--pay the bank to take yore money--world is topsy turvey.

I like the idea of Empress of the Cosmos! You get my vote :o)

i WISH you were Empress!

When the poopie hit the fan three years ago, my regular IRA dropped to 50 percent of its original worth. By early last month, not only had I gained back all the losses, I was up 50 percent. Now, I'm down 10 percent.

The stock market is not only gambling, it's gambling manipulated by players way bigger than I. Still, what else am I going to do with my money? Put in a CD? In the BANK? May as well risk it in the market.

What would I decree if I were Cosmic Queen for a Day? I'd scour down the federal government to its bare, bleached bones: The only thing it would be responsible for was a military to defend us and a system of courts to uphold our civil rights. And I'd roast Tim-Tim G. and all his buddies on a spit and feed them to the polar bears.

One executive order with many things in it. Because no one thing will solve the problem.

1. Replace the tax code. Corporate tax would be 12% of net profits. No special deductions. Personal income tax would be set at 15% no deductions.
2. A 30% across the board reduction in the Federal budget except for DOD and Dept of Transportation which will receive a 20% reduction.
3. A balanced budget amendment to the constitution. A 2% Federal sales tax mandated by that amendment to end after the national debt is paid off and a one trillion dollar emergency fund is funded.
4. A tariff on Chinese made goods equal to the amount that the Chinese devalue their currency. Currently it's about 30%.
5. A national right to work law. Included in this law would be a mandate for labor unions to explain to their members exactly where their dues are going. Including the slush funds and the payoffs. And an increase in the minimum wage to $10.00 an hour.
6. A 500 dollar per person, per incident (day) fine for any employer found employing an undocumented worker.
7. An end to the unemployment insurance extensions. When #6 is implemented there will be a lot of openings. Fill them because, if you don't work, you don't eat.
8. A total audit of Medicare and Medicaid, anyone found defrauding the system would be crucified.

I was shooting for 10 and giving the time could easily do more than that. Yet I have a busy weekend ahead, so it's time to stop.

I hope you enjoy your weekend!

How can anyone who voted for this man vote for him again? I'm dumbfounded. On the other hand, you can say that this is what makes the US great. A man from nowhere with no experience or common sense can be the president. God how I with for President Hillary. *almost puking.

When the French nobles got to be too much the folks wheeled the guillotine into the town square and took care of the problem. Maybe we could contact the French exchange the Statue of Liberty for a Guillotine?

I had a stock-based IRA. I bailed out last month when it recovered most of its pre-2008 value. I was too nervous to continue to play chicken with it.

Speaking of chickens, if I had one wish it would be to let Chickory rule the roost!

well, now ain't we having fun --like the ridin' downside of the Big Roller Coaster?

I heard a friend on local radio today, he bein' a "financial adviser" an' all, who say,
"aw y'all, the US bidnesses is doin' fine--this is a fear driven sell -off."

Moi,
heh, I hear them faggots crackling under little Timmy all the way from Albuquerque. ( doan git upset those of ya' who fergot that faggots are sticks bundled together to use fer buildin' fires--esp. fires fer witches.ck
http://en.wikipedia.org/wiki/Faggot

oh sure--the French might make the exchange--but now that the Euro is slidin' like ice cream down the side of a cone on a hot day, they may need their own guillotines.

What a mess. We need TERM LIMITS--NO body should be in DC more'n one senatorial term.

Term limits would be a most excellent start to getting us out of this mess. Never, ever, should the word "career" be linked to "politician."

Karl for President and Phos for Veep would be cool, too.

My apologies for being so late in returning to this discussion.

10. No member of Congress may serve more than two consecutive terms.

These two have been posted before in different discussions, yet I feel they should be added to the top 10 list.

As far as being president. No thank you! I prefer to work where people can't see me. Although I have to ask the question. Do these ideas seem logical enough as to warrant pressing them upon Congress? If so how?