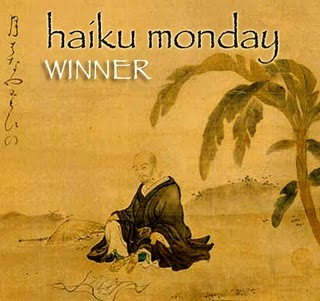 Lemme jes' say how much fun we had down Louisiana way readin' yore Haiku entries. In between bowls of gumbo an' foot long Po'Boys, Aunty would take a peek at each new submission--only, them Bayou Boyz admitted they ain't that familiar wif' the rules of Haiku: "Ya mean it ain't what ya' scream, "HAI-KU!" when ya' jomp up Japanese style to plant yore feet in some other Coon-ass' chest? " 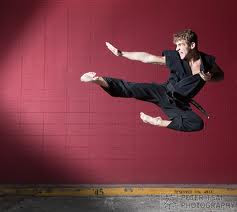 Meanin' of course, that the judgin' fell by default to Uncle on account of Aunty bein' too indecisive--translation, Aunty an' Uncle argued about the number one an' number two spots, Aunty thinkin' thar's two number ones. (still wif' me?) But, Uncle, resortin' to football cliches, insisted y'all din't want no sister-kissin' verdict. So, despite Aunty havin' TWO top slots selected an' one VERY close second, Uncle muscled me aside to insure a single victor.

Eve'rbody did a fine job--an I jes' need to tell ya' I'se so charmed at how ya' worked this theme!

Now fer the meat of the matter--when I explained to Uncle that the rules is Old Skool Rules, he took it too literally--arrgggh! The whole idea of "tellin' a story in 17 syllables" an' the requirement to have some allusion to a season, well he stuck to that like glue. The main frustration fer Aunty be the definition of allusion. For Aunty this can be pretty loose, but Uncle be literal minded.

Karl's direct to the matter entry "You know how to whistle, don't you" made a fine lead in. 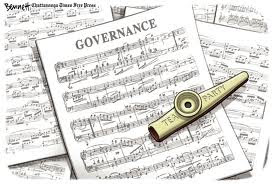 Czar's denizens (PERfect word) whistling past graveyards paints a painful story, one we's all watchin' in fascinated horror as the Hill dithers.

Fleurdeleo's Summer midnight train whistled a story we all has heard, an' found our peace disturbed.

Uncle an' me both gave a hoot at Troll's homage to GATORS! Oh yeah! The first game is clearly Fall. An' that shrill call? We's all heard that. Story told? Check.

Moi's trill tattoos air paints a vivid image, an' the visual at her blog is amazin'!

PamOKC's disaster preparations signaled by that noon whistle is a panic familiar to anyone who lives in a disaster zone or who done hid under their desks in the 60s because the Russians wuz comin'. 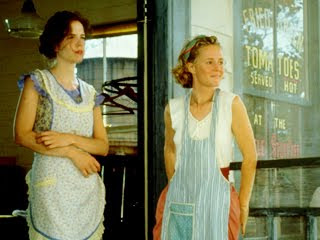 Fishy's Idgie an' Hank entries brought nods of recognition--Iffin' ya doan know the mistress of the Whistle Stop Cafe, Idgie Threadgood of Fried Green Tomatoes, git the movie posthaste. As fer Hanks' lonely whipporwill, that led to a discussion of bird calls--for the whipporwill's call is whistling par excellence.

But Uncle-- of course!-- had to show mah woeful lack of woodswomanship by claimin' that I had conflated two different birds, as the Whipporwill ain't the same as, only cousin to, the Chuck-Wills-Widow, whose call is similar, but not as whistle -y. 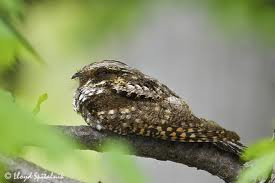 Chickory's secret for conjurin' dawgs brought a smile to Uncle's face on account of wishin' he had such a secret fer callin' up gators from the swamp. Well, I DOES need a new pair of penny loafers.

We missed what I know would be a smackin' good Haiku from some others--names withheld to protect the guilty--who wuz so weary from Eggy's revived Smackdown. But we's a forgivin' sort, an' jes' expect y'all to send in superior entries next week!


An' jes' a note afore we name out the winners. The next day wolf whistle entries is giggle good THANKY to y'all who tossed those gems out.

Summer's midnight lull.
A distant train splits the night
from peace to longing.


Fer Uncle's money, a summer night "split" by a train whistle, leaving peace on this side, an' longing on t'other, is a story an' feelin' ever'body has known at some point.

Ya' can proudly affix another notch on yore Haiku badge, an youse entitled to choose a theme fer next week, host Haiku Monday an' judge--or iffin' life be too bizzy or youse headed to the Greek Isles, ya' may default the hostin'/ judgin' to Troll.

Labels: Haiku winner, jes' whistle if ya need me

ise cojuring dawgs in summer! no, winter, all seasons.
grherhahahaha

nice write up aunty. one wonders iffn yore gonna let unca handle all yore work, why it take all day?

Chick9,
yore dawg conjurin' is mahvelous in consideration of yore even more fabulous paintin' of Flanney--Thanky SO much fer playin--jes' ain't the same wif'out ya'.

As fer Uncle, he doan do no hard work, jes' an idea man...has to be up to Aunty to do somethin' like type. An' that had to wait until the quail an grits dinner wuz cleaned up--Sabes?

oh, an Pup? did'ja listen to them bird calls links?

Well, I am just thrilled! Thank you so much! Great theme, great talent to spur on the competition!

Congrats to Fleur! And FYI, I'm up with the Culinary Smackdown results.

Congratulations to you, and a fine job hosting, Aunty. Those telepathic servings of gumbo and footlong shrimp po' boys hit the spot.

Aunty thank you and uncle for a fun time and topic. And thank you for the link to the bird site. I added it to my favorites links.

@Czar: Sir, your wolf whistle contribution was most enjoyable.

Congrats, Fleur! One of my favorites of the bunch. Great write up, too, Aunty, and now I'm going to spend all week figuring out how to work "sister-kissin' verdict" into my speech. Also, how to get some quail and grits. Thanks, Uncle :o)

I did listen to the bird calls, and went on from there to try and identify this one night bird i have...i havent foundit yet.

I'm sorry I missed out this week, but I think you did a good job in picking the winner and I didn't have a chance to read many of the haikus on Monday so your write up was a catch up for me as well.

Howdy all,
I'se dancin' fast as I can --company comin' tonight--but did wanna say how much fun I had wif' y'all this time on Haiku Monday. me an' Uncle is almost speakin' again--ya know he would not let me have two winners--prolly punishment fer me sayin' Troll's video of GATORS ain't part of the judgin', jes' the icing.

An' SURE MOI, go ahead wif' sister-kissin' verdict. Heh. Uncle is charmed ya' like that'un.

Special appreciation to Chick9 an' Moi fer playing despite racin'
some duty deadlines.

Karl, that bird site is an Uncle thang--he thought y'all would find it ever so VITAL to know such trivia.

I did try--no avail--to tell him he were mixin' two different Haiku entries that seemed to play off the same song-- Fleur's midnight train an' Fishy's lonesome Whipporwill is both features of the Hank Williams favorite:

but the onliest thang Uncle would hear wuz that y'all wanted to bone up on ornithology. Karl an' Chick9 rate in Uncle's book, 'cause ya validated his thought.

I'se banishing him--he be messin' in may playpen too much now--time to git his own show, but --heh--he woan type.

P.S. Czar, I liked yore whistlin' past the graveyard pollyticks ditty well enough to wish ya could be sharin' a Po Boy on the backstreet corner in NOLA whar' we feasted.

Aunty, thank you again! This was a fun week.

I will be truly excited to pick a theme and host. It seems we should stick to the old school guidelines, yes? Input welcome!

I might try to write some of these just for practice. Sometimes it's good for a football player to take some ballet lessons. Me and expressing feeling don't get along. At my age feelings are a symptom of some kind of medical problem and I try to ignore those. I sure do admire every one's skill. Mostly just wanted to say how good you all are at this. Congratulation fleur

Congrats Fleur! I feel lonesome just reading that haiku! Hank WIlliams and Johnny Cash rolled up into one train whistle haiku. Love it. And Aunty's write-up and Uncle's judging. Great job you guys!