I never heered of her, but there's a a pop singer named "Lady Antebellum" (she doan look a thang like me!) 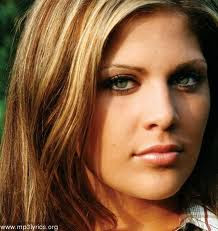 
Next, for Fishy, is Belle Decor, a southern viewpoint on domestic arts and fashion 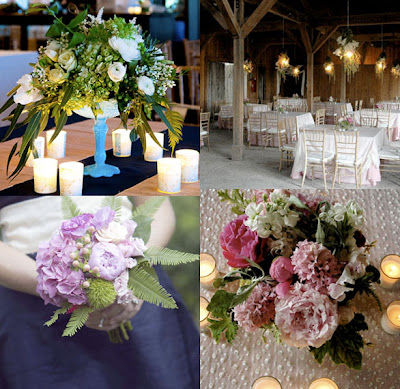 I'd so totally wear this: 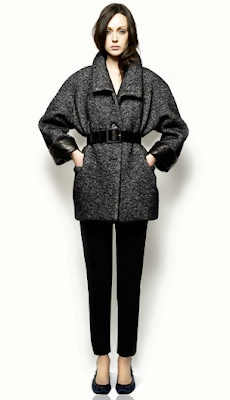 an of course thar's the Disney version of Belle, the Beauty half of Beauty & the Beast 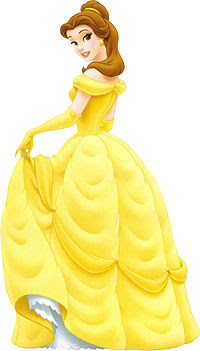 But doan she sorta look like a cartoon version of the singer up top of the page? I will admit thar wuz a time when this Belle's hairdo mighta been on mah own haid.

Seems thar's a shoe designer, Siger Morrison, who has a line of shoes named Belle. This heah contraption ain't remotely "belle" an' I would never peel off 250 fer 'em: 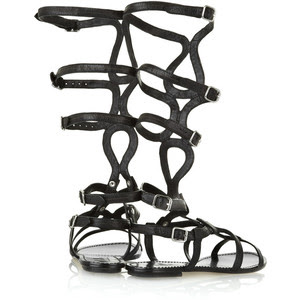 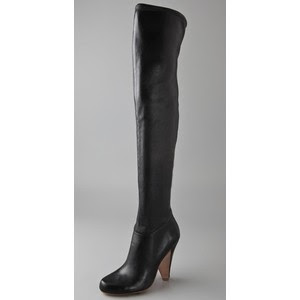 Y'all know thar's a steamboat named Belle? Let's git us up a poker game on board this beauty , sip some juleps an' listen to Antebellum. (tip: Aunty ain't poker faced enough to bluff--if I bet, ya best bet is to fold) 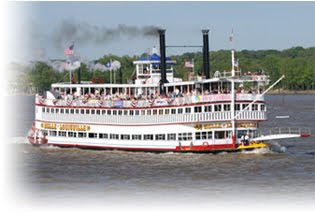 For a pastoral gustatory experience, we might visit Lille Belle Farms in Oregon--or jes' order their raspberry filled organic chocolates! Yeeees, they DO grow their own organic raspberries.
Shamu--heh--they have chocolate covered BACON:

"Chipotle and brown sugar crusted bacon hand dipped in milk chocolate and sprinkled with a dash of smoked sea salt." 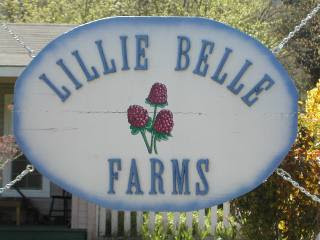 Is ya surprised to learn how many design firms is name Belle Maison? Here's a link to a young sprite with a current theme of Transition into Fall.

Belle Vallee Cellers in Oregon would be delighted to have ya make an electronic visit.

So would Belle Pente another, Williamette Valley Oregon vineyard. 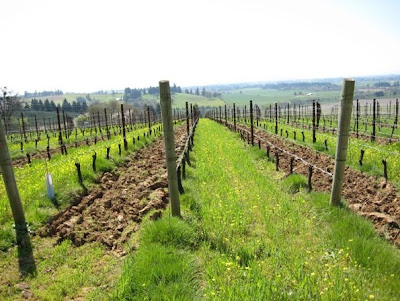 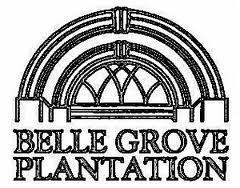 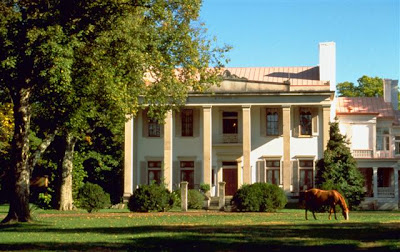 
Some will recall Belle Watling, the flamboyant but soft hearted madame in Gone With the Wind--she consoled Rhett Butler when Scarlett (the idiot!) rebuffed him. I think thar's a race horse this year named fer her. (Belle, not Scarlett) 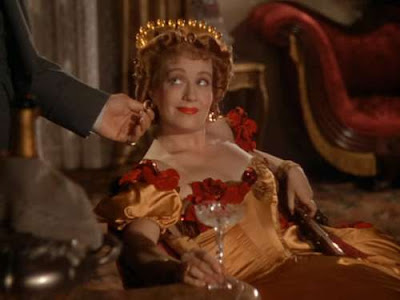 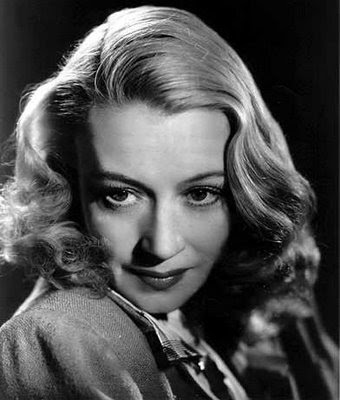 who got the role when Tallulah Bankhead dismissed it as too minor fer her considerable talent.


Natcherly, we have to give mention to Belle Starr, the notorious woman outlaw. Born MayBelle Shirely to a well off family, Belle wuz educated an' known to be a fine pianist. But after her Pa' moved the family ter Texas, she took up wif' the James menfolks--led by Jesse hisself--an' developed a taste fer naughty boys. 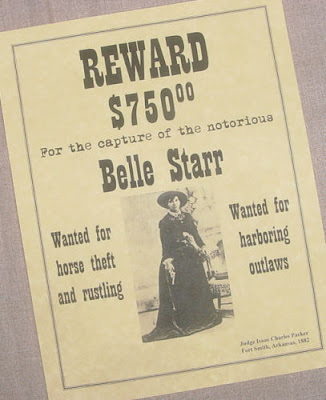 Onc't when the law couldn't catch her outlaw hubby, Jimmy Reed, they arrested Belle-- who rode side saddle in a velvet habit, plumed hat on head, wif' two pistols... fashion bein' essential to outlawism. However, she behaved herself in prison, winnin' the admiration of the warden an' an early release. After marryin' up wif' that Indian horse thief, Sam Starr, Belle's life continued on daring style.

Thar's a heap more--but mebbe it's best to conclude wif' Belle Boyd. She wuz a Confederate spy who led a most colorful life.
"Belle Boyd played the role of spy as if the war were a lighthearted game of charades...Belle Boyd was above all overwhelmingly feminine; she made good use of her womanly appeal, of which she had an enormous amount. Unlike others who impersonated the inconspicuous female and made themselves up as a drab housewife or dowdy traveler, this spy played her own personality to the hilt, with a dramatic air and sweeping gestures, wearing rich reds and greens and feathers in her hat. Belle had a "joyous recklessness," as one reluctant admirer phrased it. She looked at men through her long lashes, assuring them that she had no intentions hostile to the North, while she stole whatever secrets were at hand and filched others practically from their pockets. Belle possessed at least one additional asset--perhaps the best pair of legs in the Confederacy. Even a lady must get in and out of a carriage or with a flurry of petticoats dismount from a home; at such times Miss Boyd showed a pretty confusion, and very fine ankles."

That's a whole lot of Belles. Uncle must have a slew of pet names for you. Different variantes of the Belle name. Lady Antebellum would be a good one.

I didn't see the Memphis Belle on your list. I loved that movie.

Fun fun fun on the Belles! My friend's granddaughter is a Belle. Avery Belle Mc(lastname). And my sister got her quest for geneaology by family stories that we are related to Belle Starr. No one has ever been able to prove it, but my grandpa's first name was Shirley (Belle's last name) ... and naming patterns of the day tended toward family names. Of course, her final resting place is here in OK near Lake Eufaula and we have never been over there to pay our respects. I think that should change.

Belles Rule! You are the belle of the ball though Auntie!

Your choice of what you would wear is a bit of an eye opener. I had put you more in the evening gown with a sensible heel. I may have to rethink that impression.

While in the process of searching for a boat that would become my home. I looked at and seriously considered a stern wheeler. I found up in New York by the name of Belle Ann Marie. She looked similar to the one your photo. Not quite as big.

well, now I'm going off to Google/Wiki this Belle Boyd. I'm always fascinated by strong women who lived during a time when it wasn't really possible.

I'd like to think that the Belle YOU most represent in this post is the actress who portrayed Belle Watling. :-)

I gotta git that movie-as fer mah pet names, Uncle has a slew of 'em but some ain't so bella, heh.

wow--youse kin yo Belle Starr?? Ain't genealogy interestin'? Oh Lady, ya' can git some mileage out of that!! An fer shure I hope ya git to Lk Eufaula ter pay some respect.

hee hee...well now...you ain't far off the mark. Thar's Aunty Then, an' Aunty Now, ya see? Aunty would wear the first ensemble even now, but wif the pants a mite less tight. An' those boots? Alas, beautiful as they is, they ain't appropriate no more for Aunty. BUT, I will say that wif' the evenin' gown, mah shoes ain't so sensible as I discover every time--the next mornin'.

Please post pic of your boat--Mrs. Karl is kool to live on a boat.

yes--a strong woman at a tough time, that was Belle Boyd. Would make a good movie, wouldn't it?? Who would you cast in the role?
as fer the Belle I most resemble? Oh youse too kind to suggest Ona Munson-- More like that Belle Boat--I'se just paddlin' along, sorta slow.

all things belle - what a fun post! i love all the belle thangs that can me found. i once did a search on foam ... lawdy .. the stuff i found. i'd be rich if i could patent the word foam and claim it as solely mine.

Foamy!! hahaha, yep, let's trademark our names an' git a piranha fer a lawyer an' sue all them who use our blogger names.

Is yore belle a chile or a big pup? Or does ya mean ya's wearin' them thigh high boots so ever'body else has to look up?

Well, I is wonderin' --din't anyone salivate over that Lillie Belle chocolate bacon?? AN reckon if anybody liked that group's music--Antebellum?

Aunty,
They have an entire festival dedicated to you over in Asheville, NC every Summer.

The BelleChere Festival.
Maybe you should volunteer to be THE Belle?

I've read a few things from the Belle Decor folks. I agrees with them on the Southern perspective about home arts. It's the integration of all of 'em, decor, cooking, gardening, family raising that makes it so satisfying.

One more thing Belle, you just have to be proud about any namesake being clever enough to wrap bacon in chocolate. Whooooeeee
that's a smart to the bone idea.

About Gentleman Karl and the BoatHouse.... yep , lets see some of that. Loved the idea of buying a belle to live in :-)

Aunty, I can totally see you in an over-the-knee boot, albeit with a 2" riding heel. And, certainly, one is never too old for a Louboutin of any height. The "belle" of the shoe world :o).

Ahhhh Bella Zia! How lucky you are to have such a beautiful moniker! I loved the story of Belle Boyd best, a woman after my own Diva heart! (even if she was on the wrong side! ;)

Also, fuggedabout dem gladiator sandals. I'd be exhausted by the time I got them off or on, I call them bondage sandals! I agree with Moi, I love them boots!

Mrs. Karl is indeed quite special. Her willingness to live on a boat is part of the reason why.

She's not a stern wheeler. And I don't have many pictures that don't involve construction. I think these will give you the general idea. You may also glimpse a denizen of the deep.

Thanky so much--lovely lovey boat, an
the skipper inspires confidence--I's sail wif' ya' day!!
Ya know we's all jealous, right?