Check wif Troll fer the rules, or heck, maybe it is wild-west style--ain't no rules.

I doan know how many horses is in the Southern Culinary field, but the competition is shapin up to be fierce (in a friendly sort of way.) I know two accomplished contenders that I fear may run off wif' all the Troll Points: Big Shamu of Karmic Kitchen fame,

and FC over at Pure Florida 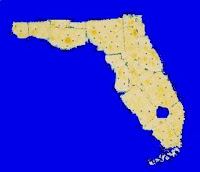 who brings his Minorcan heritage into his kitchen--and his New Grill! Check out this Pure Florida offering hot off the New Grill 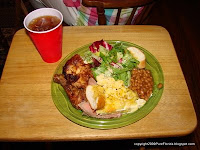 But, then the K9-- on hiatus at Chickory did offer an inventive southern twist, Catfish Tacos, as one idea... an that leads me to think a dark horse could sneak up long the rail for the dash to the finishline...only to find Moi

Meanwhile, Aunty ain't rollin' over an' playin' dead--I'se gonna give it a good try despite the stellar competition. I'se assemblin' mah secret ingredients....

Doan fear now--ever'body has at least ONE good recipe from family treasures.

An' also, ya can enter yore favorite DRINKS too.

What I wanna know is whar's we'uns gonna assemble to eat all these vittles??

Superlative post! And thanks. Pretty sure Shamu isn't entering which is a shame. Yes, there appear to be several dark-horse contenders that might pull off victories over the favorites you listed. Including at least 3 Northerners.

There will be lots of prizes. I.E. Moi could win for "best dessert" without winning the Grand Prize Championship belt.

I can't hear the narrator at the Back Post video. Not sure if you can fix that. VERY quiet.

Yes, Shamu is sitting this one out. She's been busy making Violet Jelly. But she will be watching with much interest. Can't be any cheating since there are no rules. My advice? It never hurts to add bacon. And go to the whip on the stretch.

Moi has had some unexpected work and family crisis pop up and won't be playing. Boo. Although, I did make a wicked BBQ Shrimp for S.B.'s b-day a couple weeks ago. Have a photo, even. But the recipe is not "twisty" by any means. Pretty straight forward.

Oh Aunty, I am so far behind on this ... still hoping to have something done tonight!

Thanks for the vote of confidence!!!

On the back porch video--if I has the volume up it is loud enough fer ears. Doan know why ya' ain't hearin' it loud enough--sorry!

Bring it? Ya mean to Washington??? Can we transport our feast by ferry? or...bring it means BING IT ON???

oh no--hope crisis is contained an' thangs is on mend. MErcy. We will settle fer the shrimp though--if ya have a moment to send it.

Heh...aw now, all ya has to do is dredge up something yummy from prior posts and youse in champion territory.

Aunty Belle,
Some of us can't actually " do it all".
I might fudge and submit a recipe or two but actually make it.... I'se traveling soon so mebbe not. Youse a fine encouragin woman you are.