Jimmy is the talk o' Shady Lane. He is a "scandal" doan ya' know?

So say Priscilla Jenkins who lives next door to Jimmy a few lanes over from heah. Prissy were out joggin' this mornin' in them pink leggin' thangs what shows how firm her behind view is fer a 40 somethin' woman.

"I ain't makin' this up, Belle. I can attest to it meself. I is an eyewitness, so it ain't gossip, " she panted, her chest heavin' in pink handkerchief she ties over her top parts to match them pink leggin's. She catched her breath, and chattered on, "I was out on the driveway real early this mornin', long afore the girls woke up fer school, an' I seen him do it! I was in shock, I can tell ya'! " 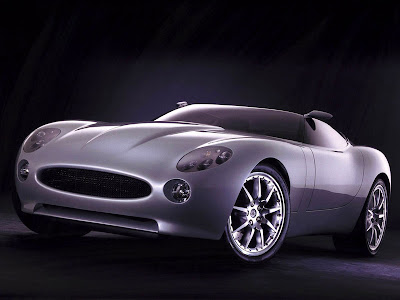 of alimony, so Prissy can be shure they git ter school in a low-slung buggy an' ain't lackin' fer thangs like a stylish mama in Calvin leggin's an all... but they miss they daddy somethin' fierce.

"Jimmy ain't nuthin' but a yaller striped skunk! Even wif' me standin' there watchin' he done it!
The coward, slippin' out at dawn-thirty ter stuff his newpapers in the regular trash," she panted.


"An' when I ast' him about it, he said he din't believe
in recyclin'! Din't believe in it!
Did'ja ever hear of such a thang?
It's jes' downright immoral!
A neighborhood scandal, it 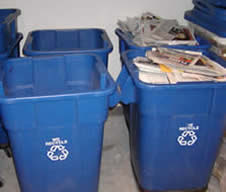 She wrung her hands, "What does ya think we ought do 'bout that kinda person?"

Later this mornin' I'se in the check out line at the market behind Ole' Mrs. Schuller's boy, Karl. He had a heap of goo in his hair, I noticed an' was buyin' a couple o' cases of brew.

"Miss Aunty Belle! Why aint'cha' lookin' fine this mornin' ...all out and around the town, aint'cha?" he crooned.

"Karl. How's ya mama doin' wif' that walker? She's had a time of it since that knee replacement surgery. Please tell her I'll be by again wif' some of Uncle's venison chilli. An', you Karl? Has ya found a new job, yet?

"I bet youse ready ter be gettin' back to a place of ya'own soon. A fella near ter forty likes his own place, I reckon." Karl ain't never managed ter stay in a job mor'n a couple of weeks--always some reason it doan suit him. Since gettin' his AA he's lived offa his widowed mama more'n he's lived on his own. Uncle say Karl is "jes shiftless."

"Uh, akshully, I ain't lookin' right now, cause , well see, I'se had this crick in mah neck..sore as hammered thumb. So, ya' know, thangs is a mite tight wif' us...mama unable ter git back ter her work, an' all.

I'se must'a been lookin' at all that beer he was payin' fer cause he smiled so all his teeth was showin'. 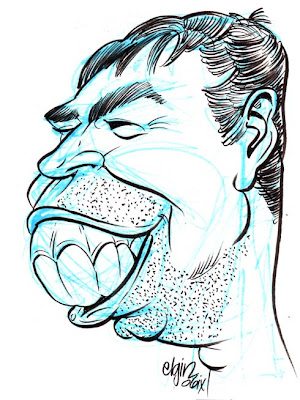 Karl wore a look of smug self righteousness, "Unlike SOME folks, I recycle all mah aluminum cans. I'se a man of virtue, as they say. They's some --I can tell ya'--who doan. Jes' ast me. "

"Ho-boy! Why, ya' ain't gonna believe it, but jes' this very mornin' I watched wif' mah own eyes how Jimmy Lawson sneaked his cans into the regular trash!"

"Yeah! Ya' knows him? He woan put the papers in the blue bin, nor the cans in the red bin, they way evr'body knows ya' suppose ter do. We couldn't believe what we's a' seein'! "

I looked at Karl harder, " 'We'? Yore Mama's house is on RedFox Road, last time I took her some soup."

Karl looked me straight in the eye, "Yeah, mama and me is on Red Fox, Miss Belle, but I'se keepin' company wif Prissy Jenkins las' night and she lives next door to that trash dodger. Refusin' ter recycle...it's a sin and an' a shame, I say."

I looked at him meaningfully, "Karl, the trash collectors come real early...in the mornin'."

He showed all his teeth, again.

"Yeah, well, see, Prissy's girls doan cotton ter me much, so she likes to git me gone afore they wakes up...and thas' how we seen that rat at his dirty work, right out in public, plain as day. The fella ain't got no shame."

"Yeah, like he din't even care what folks thought of him or nuthin'. How long can a community put up wif' that, do ya think? Next time ya' see Jimmy, Miss Belle, try ter git that fella straightened out, will ya'? " he waved good bye.

I reckon I looked disgusted cause the clerk said, "Yeah, I feels sorry fer them too... it is a shame, ain't it Aunty, that poor Prissy cain't marry up wif' Karl on account of iffin' she did, the alimony would stop, an' then how would they live? What a shame."

I handed the clerk a bill, took mah change an' hoisted the bag of birdseed and shook mah haid.
"Shame," I said dryly.

I'se thinkin' on the way ter mah buggy how thangs shure has changed. At least, the meanin' of
scandal, sin and shame shure is changed...who knew a body could have such judgment fall on him fer jes' takin' out the trash. Why cain't folks jes' be a bit more tolerant?
Posted by Aunty Belle at 10:44 AM

Very funny and deep post. The new "morality". The truth is mandatory recycling programs USE more energy and cause MORE pollution.

The only place they make sense is in Large Cities with many Multiple Occupant high-rise buildings.

Out here on Moccasin Wallow Road, it doan make no sense at all. But they come, dutifully, twice per week, gazing wistfully at the mostly empty recycle bins.