Who is Yore Most Influential Person Who Never Lived?

Mack Sullivan dropped off a basket of his daddy's beefsteak tomatoes. Next he dropped his young frame in Uncle's rockin' chair.

I poured him a tall glass of the Front Porch special, an' he leaned forward, forearms on knees, hands clasped in angst. Matt looked sideways at me and as't,

"Miss Belle, why is wimmen folk so airy-headed?"

Oh Lordy, this poor boy, I thought. It were jes' two summers ago that we'uns all traipsed to the lakeside pavillion whar' Laurie Beth Taylor plighted her troth to Mack as the sun dipped behind the cattails along the shore.

"They oughta git hitched in a church, proper-like," growled Uncle Aloysius. "Ain't got no expectations fer marriages what ain't got a good latch on the hitch."

Laurie Beth done engaged Mr. Wyler-- instructor of Meditation and Hypnosis in the Health department over at the junior college-- to preside over the ceremony. He moonlights in Peace and Justice.

Her Daddy wanted some religious credentials,
but all he got was the web address of 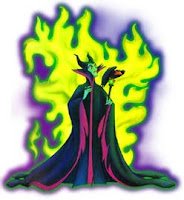 the
Church of Ascendin' Humanity whar' Wyler gave
weekly services online what tole followers how ter find they own portal to astral ekstacy.


Laurie Beth is a purty thang, wif' dark brows over her blue eyes, so it wern't no wonder that solid fella like Mack would sink into quicksand fer her. His Mama warned him that the girl "would follow a lame goose to find a golden egg."

"Laurie jes' floated off las' week, Miss Belle. Ain't heard nary a word since Monday last. All she said were that marriage to rancher was stiflin' her new paradigm of the self in search of harmonization. Somethin' about her soul needin' ter meet wif' some cosmic significance. She said she was headed off ter find Titana Eckana."

I murmured soflty, thinkin' how ter console the boy, "But, darlin', that ain't a real person. She is jes' a fictional priestess of the Temple of Universal Consciousness. "

Mack, sighed, "Yes'sum, I tole her that. All she done was ter holler that she knowed THAT, but she was gonna seek its spirit. The thang is, I cain't figger how a person that never lived can have a spirit that can be followed." 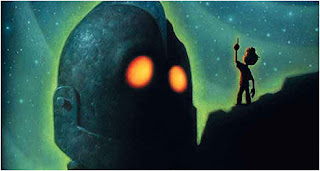 Mack sat back in his own rocker and shook his head. "Miss Belle, how many folks have been influenced by a person what ain't real?

But I couldn't make a dent on her. Is it me or is Laurie Beth jes' peculiar thataway ?"


We rocked a while. " Mebbe I married her too young
and she ain't learned yet what is real and what ain't.
Why couldn't she follow after Nancy Drew iffin' she
wanted to follow a fiction? She was wild to be a lady
DE-tective when her was in grade school.
That woulda been alright."

I said, "Mack, youse full o' wisdom, son. Fictional folks can have good influence--or ill. But what matters most is that we --who is real-- know the real from the fantasy. Even the good fictional folks are a danger iffin' we neglect the real people fer a fantasy." 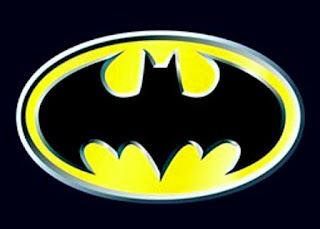 Cinderella, The Wizard of Oz, G.I. Joe, The Tooth Fairy, Zoro....a parade of fictional folk who alternately inspired or frightened us, informed or deformed our early perceptions of
the adult world.


When I came outa my reverie, the other chair was empty. The fragrance of the sun-warmed tomatoes stirred my appetite. I'd better git to cookin',
I thought...shure ain't no Betty Crocker in my grown-up kitchen, I chuckled.

But Zoro may come ter supper...

...that is, Uncle's likely to claim he is as good as Zoro or the Marlboro Man.


What fictional characters has had the most influence on all ya'll?
Posted by Aunty Belle at 6:21 AM

Laurie Beth is the poster-child for both Covenant Marriages and the elimination of Pseudo-Sciences as Academic Majors.

My most influential person who never lived was John Galt from Ayn Rand's Atlas Shrugged. I read it about 10 years before you're supposed to. So, I didn't have a freaking hippy Teacher there to tell me the Author's entire Portfolio was soley concerned with militant atheism.

In other words, I mostly got what the character and the book were REALLY about.

cinderella ~ i had that story memorised (the entire text) before i could read.

lucille ball ~ i don't need to explain that one, do i? lol.

snuffleuffugus from sesame street - back in the days when everyone thought he was big bird's imaginary friend.

jordan, from that show, crossing jordan ~ she's a bad-a$s rebllious type, just like me.

ok lucille ball was a real person .. . i meant her character lucy.

I like your porches, auntie. Think I'll set a spell.

Artfulsub, sweet thang, yep--no freakin' hippy teachers fer me with Rand either--thank the angels. I was a big Atlas Shrugged fan too--still like the personal responsibility message--git off yore own duff sorta stuff, ya know?

I also read We the Living--Young Aunty Belle was a MAJOR anti- commie sort....as fer Rand's focus on what we'uns now call "rugged individualism" I'se not so favorable to that ideology iffin' it is defined as "ter hell wif' ever'body else." I most certainly IS in favor of individuals as opposed ter the leviathan--ya know?

Hey Ms.Place--why welcome darlin'! A new visitor is a happy day....please do c'mon by often--at BACK Porch is changin' terday. (but it is "hard" stuff) So glad ya' came on by....

Aslan made an impact that still marks me to this day. No other character in a story ever made more of an impression on me.
His portrait hangs over my desk in my office downstairs.

I loved fairy tales as a kid (and I still do) and devoured as many as I could, but none were real to me. Aslan was real though...
To me he still is-

marlboro man used to. To the tune of three packs a day.
("marl" is actually another word for fertizer, and we all know where fertilizer comes from...and "boro", well, a small donkey.
Reckon that means marlboros are really donkey poop?)
(actually, a jackass used to be smarter than me. Even though I went to school and all, they never smoked cigarettes)

So, as for fictional or non-fictional, my call is that we make real whom we choose to make real.
Me personally, I like the idea of honor. If the character stands honorably then they are a hero to me.

at first think I would say Charles Wallace from Madeline L'Engall's "Wrinkle in Time" series.

But Aslan was a cool cat too, like Mayden says.

However, I was intrigued by the book "The Minds Of Billy Milligan" and unless you have read it, there ain't words to do it justice.