Trouble on the Porch

But Uncle done got wind of the upcomin' Blog Summit, an' now we got us a tussle goin' on.

Me: "Ya' cain't come. Ya' doan know how ter play yore part. An' I doan need no watchin'
over. I'm packin' my pearl handled pistol."

Me: " Aw, now Pork Puddin', it's jes' that on these blogs some folks is doin' some play actin' and havin' a bit o' fun being who they ain't really...only sorta."

He: "They ain't really what, and sorta is what?

An' what'd ya' say youse makin' fer
supper--pork puddin'? Never had it. It doan have liver in it, do it?"

Me: "Well, now see, some bloggers is sorta theyselves, except wif' attitude, an' some is in
persona--they's jes' flat made-up, not real a'tall.

Why we got a bird, a few dawgs, a greek goddess, a muck hatin' peat bog,
a vanilla, a lamby, a red matilla, a foaming moan..." 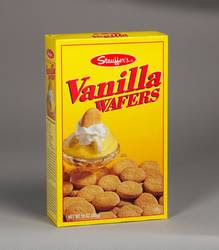 Me: "A vanilla rotating chaos."

He: "No Ruby slippered vortex?"

He: "Reckon I better check in on yore summit." 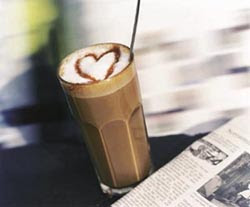 He: "Well, tell me who I is an' I'll jes' play along wif them moaning mantillas.

An' who is you in
this bloggered world?"

Seems I heered a thunder clap and then I seen Uncle's face.

I had ter turn mah back to him and stir the vittles so he
wouldn't see me grinnin' ear ter ear." 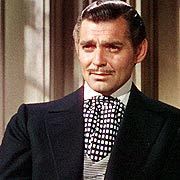 He: " Ya' mean I ain't Rhett Butler?
What in the hail, woman?Aloysius?
Would ya' even marry up wif' somepin' named Aloysius?
Hail NO! What in tarnation
do this 'Wishy' do?"

He: "So I goes from debonair gun-runner to a pig farmer??? "

He: "It dang well matters. Iffin' I'se gonna try on a persona it oughta be somepin' I'd wanna be.

I'se feared he might show
up ter the summit ter defend his honor.

I had ter tell him a leetle bitty fib:
told him that the summit was at the
HeartBreak Hotel in Holopaw.
You heered that, right Mr. Q?
Posted by Aunty Belle at 7:20 PM

Oh Darlin'...I'm a tryin'---gotta figger out how to ditch Uncle now that he is so riled up.

did you tell him your avatar is a bag o' poark rinds?

Hey Infinitessima! Yeah, Sugar, I did, and he warn't amused. Next time around, I'se gonna git me a Gent what has a sense of humor.

Sweet thang, shure wisht ya was comin' for this heah summit She-K-9Dawg set up--won't be as fun wif' out ya. Sigh.

Wishd I lived closer around
So I could come visit blogger town
well, no, reckon it's over
yer fine day in the clover
so, it WAS fun, wasn't it? Now I'm down.

Oh well, not like I got a buncha time
and when I relax I feel like i did a crime
only after I trim the shrubs
can I come in and watch scrubs
if I have a quarter t'put in the tv machine, that is...dang! I only have fifteen cents, does anyone have a dime?

I guess when the last sentence
is too long
It doesn't count fer poetry or song
well maybe it's OK
I dunno, you'll have t'say.
Reckon y'may think of me as a bell
(ding dong)

I'd give anyone who was trying to watch Scrubs a dime to do so... hilarious!

aunt b - haven't you explained to Aloysius that you're meeting these "strangers" in a very public place? it's not like we're meeting at a campground or something... geesh...

2 hours for me bogshond from the eye r-uh cee. got yore guinesses lined up though.

yeah it would be great to add vanille and boney to the mix!!
maybe the midwest summit???

Boney, Send me yore address--I got rolls of quarters I done fished outa the gold fish pond at the park. Wisht you was a'comin' . I will give ya a report--HA! That will be a riot--ya'll will be hearin' from all different folkd what went down in O-Town.

Ah, Infinitessima--Aunty is really sad that you and Bird ain't heah. Doan seem fittin' wif' out ya. And Moan and Luxie and Malinda, and Butterlfy Girl, and /t, and and and... dangnation I think we oughta schedule a Davos, not jes' a G-8. (hee hee).

Ain't got no cold feet--I got Uncle--ya' know what I mean?

He's hornet mad I done made him a hawg farmer in bloggerland. He aims ter be a stylin' figger and thinks he oughta show up and disabuse those lassies of his Poark Rind taint.

Bawgs, Uncle done heered about bloggers who like nudist camps. But no matter, Aunty ain't foolin' wif' him no mo' on this--sent him off to find passification somewhar' else.

lol!hee! hee! hee!...Uncle sounds a lot like this guy I married...Just tolerates my blogging then reminds me to draw the line somewhere and that I shouldn't shouldn't talk for real to anyone and get myself in trouble...still insists that bloggy' people aren't real..which, if you think of it...makes me unreal as well ...well..the unreal me is frying some pork chops right now for this real man who is trying to tell me he will be home late..grrrrrrrrrr......

oh aunty belle, i have to agree with Uncle Rhett (as i shall forevermore think of him). far better to be a dashing gun-runner than a pig farmer - especialy since there's no risk involved in the blogosphere (relatively speaking).

now about that ruby slippered vortex - sounds like a great blog name.