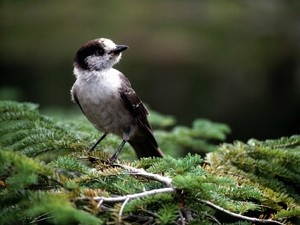 Confession time--I'se a failure. A grade A, Number ONE failure.

We's a dang week into the New year and already I messed up my resolutions--ain't been all that cheerful about a few thangs:

Uncle and me squabbled about taking down the tree.

Me: "What dog? We ain't had a dawg since Old Blue was buried
behind the Camellias and he didn't live in the house."

He: "The principle stands."

He: "Youse mean as snake, Belle.

Me: (sigh) "I'se askin to take this tree down. Din't ask fer no belly blows."

He: "What about the Epihany?

Me: "We gots two more trees in the front room; I jes' need ter git this
big one down as it is gettin' messy."

He: "Din't ya know there was THREE Kings?"

Me: "Uncle, them Kings had only ONE star...they warn't navigatin' by trees!" 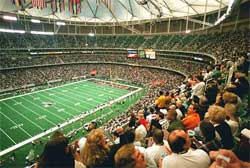 Me: "Oh, I can reason jes' fine--an' the reason youse so
keen on waitin' fer the Kings is that most of the Bowl games is over by
then.

* * *
This mornin' that tree stands in the back garden--it's been sprayed with Kayro syrup mix, gettin' the tree all sticky, then I flung birdseed over it. Our pick up crews fer trees in this town ain't till next week, so I reasoned, the birds may as well be cheerful...since I failed. Mebbe watchin' the birds out the kitchen window will cheer me back up.

LOL, lol, lol..
our tree is still up. the lights are on as a matter of fact. but don't blow on the darn thing. all the needles will shed.
what does it really mean when a man calls a woman "Woman" in that way? I've always reckoned that "Man" is hankerin' for trouble...

you had three trees? i bet yore place smelled good aunty!!! git a pitcher of birds on the tree if ya can!

Great idea or the tree...as for a man calling you a woman, well I reckon he is just trying to talk some sense into you.

Oddly enough, my ex also wanted t'take down her tree. I figured it t'be the normal thing, leaving it up till February or so. March, if Easter day is late enough.

'Tain't the sheddin', though, cause hers is plastic.

Just thopught y'all would like t'know, she got a case of fergettin' how mean she was to me fer all these past years, and has let me come visit m'daughter while she was t'home fer the holidays.

Now, there's a fine gal, if y'permit me to brag some.
She never has ANYTHING bad t'say about anybody.
Says it flat out like that, too. "If y'don't have something good t'say, don't say nothin'"

(sure kept me quiet a time or two.)

'Course, ex's tree stands still today. Not fer want, though. Well, not exactly.
She can't find the bag it came wrapped up in.

Like yer idea about the bird seed stuff.
Ol' Steve and I like having a live tree here. After the season, we go plant it out in the yard.
Lord knows, we got several new cardinal families t'make room fer.

Hey ya'll!
Schaumo, so glad ter knpw I ain't the only one wif a tree still up--as it should be til today, Epiphany

Yeah Dawg, three tress cause well...the family tree is all the goodies the kids make at school--lots of memories there! AN the two smaller tresss is fer angels and crosses, nativity scenes and the like--reminders of the reason...

Butterfly, Flutterby! Wish you could se this here "bord tree--yore little fella would like it.

Hey there Boneman--so nice to hear from you---and delighted for the update on yore daughter --youse most welcome to brag on her--how old is she now?? Even yore ex has a tad of Chhrostmas spirit? Wow.

Oh yeah, I fergot till I got home t'answer the question....

just flapping by after our flurry to say hello.

you are truly kind to my feathered breathen - good move with that tree!

we do best on the front porch, don't we AB? (now mind you- i'm not conceding a single point and still disagree passionately with you).

but can you imagine us as real-world neighbors? i suspect we'd bring each soup when we were sick and then argue each other to death when we were well.

got t'thinkin' 'bout it and suddenly wondered..
do y'suppose birds mind a lil pine needle flavorin' on their seeds?