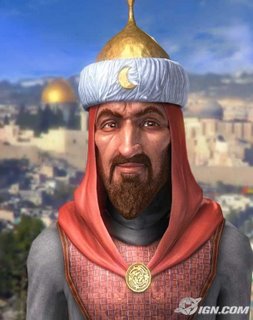 Folks, this heah Front Porch ain't supposed to be about contentious topics, since that's what the BACK Porch is fer...but I'm a wonderin' if we can civilly discuss where democracy can take some root--civil enough for the Front Porch? Well...iffin' it get's too hot for the fans out heah we'll jes' move this topic round back.

But fer now....most of ya'll knows about the Danish cartoon flap, and they's no need heah to rehash that, but for the question of free speech and democracy...can a true democracy exist whar free speech is denied? Ain't part of democracy the exchange of ideas in the public square?

I was onct' a viewer in the British House of Parliament---hoo ee! what a free f'rall...Lawdy but they's a yellin' and barkin' at one t'other. In other words, they's really mixin' it up on free speech.

But no fisticuffs, cause of course, each one got his say. Now the host of this opportunity was a legal sort who made mention of democracy as a loose laboratory of ideas that was being sorted through and that it weren't always neat at at the end o' the day theys' a mess on the floor--so to speak. But that representative gubmint meant a bit of a mess, and thas' OK, since it meant more freedom rather than fiat.

Now about the Moors--that'd be the Muslims of today...the only so-called secular or "democratic" Moorish state is Turkey which is agitatin' to come into the European Union...and the Europeans mostly doan want this. This is on account of the method of rule in Moorish nations is fiat, not freedom. It ain't really bigotry, but a serious concern that the Turkish army has a coup 'bout every decade and that's only reason they's "democracy" and that Moorish Turks cain't really fit theyselves into European democratic practice--as made real plain by the Danish war of Cartoons.

Now this brings us slap up against Iraq, doan it? I mean, if Turkey ain't truly democratic, how's Iraq gonna be? I ain't sayin' we shouldna try to bring about a more democratic process in Iraq--fine idea, but can it take hold where the fudamental religious idea is mortally opposed to the ideas on which democracy is built? Ain't no "render unto Caesar what is Caeser's and unto God what is God's " in the Qur'an, ya knows.

An we got that demonstrated to us, wif Hamas, right? They democratically elected terrorists...so this seems to be a lesson for the West, doan it? I mean, heah is what Khaled Mash’al, the leader of Hamas, drunk wif the Islamist terrorist's victory in the Palestinian elections boasted:

"This is because our nation is progressing and is victorious....By Allah, you will be defeated.... Tomorrow, our nation will sit on the throne of the world. This is not a figment of the imagination but a fact. Tomorrow we will lead the world, Allah willing. "

Ah, the "throne of the world." Ya' see, they's meaning this as both an Islamic doctrine and as a political threat.

And as their 14th-century historian and philosopher, Abdel Rahman ibn Khaldun wrote, “In the Muslim community, the jihad is a religious duty because of the universalism of the Islamic mission and the obligation [to convert] everybody to Islam either by persuasion or by force.”

Now, recall how ole' O'sama himself kept on referrin' to the Ottoman Empire after 9-11. How the Caliphate would have to be restored and Europe is by rights the possession of Islam. Now youse seein' why Some Europeans is real real anxious? They doan want Turkey in the EU and Aunty Belle is standin' right there wif em--

in a true democracy, i think that the most important rights and responsibilities are covered.

a free society can live within laws to protect all, and free speech can exist without needing to offend everyone.

i'll add a criteria to democracy -

i think, howver, that free speech cannot exist without allowing for offense.

I see's yore points...but do ya'll think that these conditions you lay out can be met in an Islamic nation?

no they cant aunty. muslims are compelled, by their faith, to convert the world. the comfort and freedoms of the people in their own countries is of secondary concern. democcracy threatens the authority of that religion, and though we have the happy smiling facces of the purple fingered iraqi voters for poster children of hope, i think more and more its not meant to be. as the buchanan wing of conservative thought has said: we are now on a fool's errand in iraq and i tend to agree.

as far as entering the EU, it would only be an opportunity to begin a destruction from within IMHO.

fatty: what is offensive is in constant flux depending on who defines offensive.

bird, we need to return to the ideals of our founding fathers we have strayed away so far now.....

i'm not really sure they can be, i agree with k9. it seems to me democracy and islam are mutually exclusive ... islam is not based in equality, it is so fundamentalist, brutal, intolerant. how can there be a democracy in a culture where women that wear jeans are stoned to death? i just don't see it happening.

Democracy ain't perfect no matter whar it is in practice, but I am jes' not seein' how it can get even a toehold whar Isalm is the religion/identity, since Islam does not rrecognize separatio of the powers (of state and faith).

SO I say we fill Sadam's veins wif that heart attack looky-like medicne and off him...give the nation over to the provisional gubmint and ...

aw hucks, WHAT am I sayin?? I knows that we cain't really depart cause China is jes' hopin we'll do jes' that..we's in a pickle.

i hold hope for perhaps a reformed Islamic state - i.e. - the religion of the state is islam, but there is still a democracy. some concerns, of course.

if i did my homework right (reading up on islam) there is nothing that absolutely states that islam must be spread to the world by force. of course, human rights, in my mind, become an issue - no back seats for women. so far what I've found in my ever-so-light search for info (no time right now for an in-depth look) is disconcerting - fundamentalists say men and women are equal, but nonetheless, they have different roles and the woman must obey the man. not sure how that makes them equal.

but religions grow and change - many christian denominations still devalue women to this day and assign them a lesser role in religion - and by extension, the social structure of their communities. but there's lots of progress - and that can happen for islam too.

it could happen, bird. but i do not see the will for it ... do you? and i think this is true of all religions ... not just Islam.

NO and if they ever do get a foothold in this country the first to go will be homosexuals then teachers,then all womens rights.

They are intent upon world domination on my site Evil Pig I have the NYC muslim rally story if interested."the Mushroom cloud is on it's way" was their chant