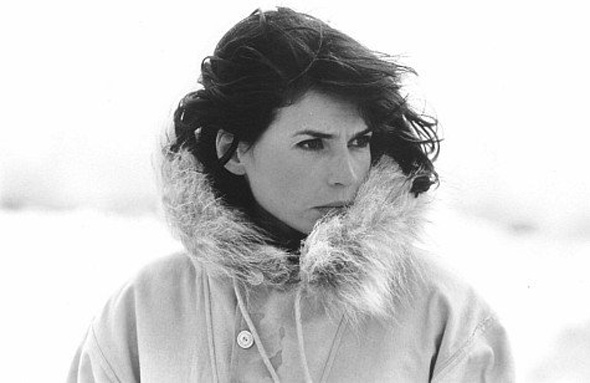 I'se solicitin' yore help.  Each year we try to read one biography, one  memoir, one classic, an' one popular non-fiction current event title. The remaining seven can be from any genre.

In the past we's had real good discussions wif' the literary mystery -- an' Aunty is hopin' some of y'all will have a suggestion.  A literary mystery can double as a  classic, like an Agatha Christie or Sherlock Holmes, but we tend to keep spy thrillers separate--an' the group is a huge fan of Alan Furst fer spy works. 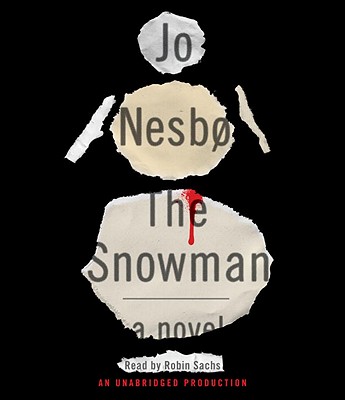 IN past years we's  chewed through Smilla's Sense of Snow,  The Historian (!),  the police procedure wowing Presumed Innocent, and a couple of the Stieg Larsson titles ( The Girl with...),   a fictional account of a true an' great historical mystery, Daughter of Time about whether  Richard III was akshully a murderous uncle, a Medieval murder tale wif' a funtastic herbalist/ detective, The Virgin in the Ice,  The Snowman ( scary, scary Jo Nesbo ). (We avoided Gone Girl, 'cause, Amazin' Amy gives us all the pip, an' we doan think Flynn is literary, more on the pop side of the sheet--doan ya think?).

I'se tempted to suggest  The Incidence of the Fingerpost, but it is a hefty tome. I 'spect I will read it  on mah own, anyhoo.

What about all y'all? Has ya read a good mystery recently?
Posted by Aunty Belle at 5:12 PM

Most of the books I read, it's a mystery they get published. . . . Wish I could help.

It ain't doin' yet. I think I'm dealing with a freelance web designer who's too busy, or who likes screaming up to the last minutes of a deadline. The whole situation screams of "See what it feels like, czar?"

Being a bit old fashioned, I like starting from the start. It's not... exactly modern, although I would suggest it was written very much with modern notions nearly fully in place. Have you ever read the grandfather of the murder mystery?

I won't call it the greatest mystery. It won't suit impatient minds perhaps. But you get several notions of the historic with the read, and as I said, get to see where mysteries were derived, defined. Call it a value added read.

Ah, spit it out already Doom? Okies. The Murders on the Rue Morgue, by Edgar Alan Poe He was my first classical writer friend, well, he and Langhorne. (A little mystery for you? Second clue to that last if you don't have it... he was born and died on two of the years Halley's comet visited. I just love his middle name.)

Czar, does ya mean to say y'ain't never screeched up to a daidline yoreself? Doan ya' like livin' on the edge?

Doom, heh, Poe remains chilling, in mah book...think he was a tad unhinged. House of Usher done it fer me. As fer ole Langhorne, did'ja know his own most favorIte book he wrote warn't one of them charming boys....nope, his Joan of Arc be his best work, he said.

Aunty this sounds like a good group of readers. Seems like these days I have a harder time finding a book I enjoy the way I once did. Could be changes in me or t'other way around.

Does your group read Barry Hannah? Some call him the male Flannery from Oxford. His stories show up now and again in Garden&Gun. He's a bit grim for me but there are folks who think 'Yonder Stands Your Orphan' is a literary standout.

Another favorite in these parts is Michael Lee West who writes of life in small Southern towns. My favorite of hers is 'Consuming Passions' which is part cookbook and part family history.
Chapters of this book were, I think, reprinted with permission in the 1995 Atlanta Junior League book 'True Grits:
Tall Tales and Recipes from the New South' I think the general favorites of hers are 'She Flew the Coop' and 'American Pie'.

If your group has an itch for the flavor of old Florida then revisiting some of John D Macdonald's Travis McGee series might be fun. Blowfish is a fan of this author with his favorite being 'The Girl, the Gold Watch and Everything'

Let us know the final selections!

I did not know that particular bit. Then again, I said I like him, not that I trust him. Wily bird if I ever saw one. What? Still, until I read that I will allow for his... discernment to stand. The gent had some keen wit going on, and a touch of darkness too if that was wallpapered by his wife and others methinks. But ol' Doom knows his kin no matter how perfumed.

As for Poe, Murder in the Rue Morgue came about before he fell into horror. While a bit gritty, and certainly old fashioned, it stands the test of time as the first thinking man's mystery. Other than that all murder mysteries are a bit gritty, it doesn't otherwise even seem like most of the Poe I cut my literary teeth on. That spurred me into others, especially Shurlock. Odd that my last neighbor did his English ph. d. thesis on Poe. He was the one who recommended where I did end up moving, a good friend. I do have the oddest of luck.

I resemble that remark!

I'm sure y'all have read Wilkie Collins? Specifically The Moonstone?

Ooooo, these stupid spammers are just getting so irritating! I don't remember having to deal with them in the "old days."

A good mystery, huh? Haven't been reading many lately. Contemporary fiction is so . . . lacking. But I do remember enjoying Joyce Carol Oates's Gothic sagas: http://www.goodreads.com/series/61256-the-gothic-saga

Sorry to say I haven't had much time to read mysteries. I'm currently reading America the Beautiful by Ben Carson. And a book on Augustus and the author's name escapes me at the moment.

I like Doom find Poe be a good read.

All the best to you and Uncle, hope you're doing well.

HA! I just need to be scarce a few days to get you back.

I feel totally frivolous in this discussion, as I am currently reading a book called SWAG. I needed a chuckle and I can relate. It's been some time since I picked up a good mystery. I've had a hankerin' of late to dig up a copy of Dame Agatha's And Then There Were None. (aka Ten Little Indians - AKA Ten Little .......). It was my first Christie novel and I've been hooked ever since.

I'm almost back to full uprightness - thanks ever so fer askin'. I just need to better coordinate turning and shifting weight so as to stop re-twisting that hip-thigh connection. And I reckon it's time to admit that my high-kickin' days are officially over. 8-}

Oh, did you ever find McAloon's book? Duller is going to try to get in touch and see can he cough up a copy. Amazon had one listed for over $200. I don't think so, Tim.

Aunty, I got rid of anonymous commenting. That's really cut down on the spam.

Hey y'all, sorry to be MIA but has been under the weather a bit.

Foamy, did read Woman in White, so Moonstone sounds a good bet thanky! And I did remove anon commenting, but hate to miss some folks, like Serendipity who almost always shows up as anon.

Moi, JCO is good, jes' a wee creepy in the real sense- not spiders and ghosts but psych creepy.

Sophie Mae?? Youse locomoti' again? Tha's' a victory!
I did look up the McAloon book and had mah fingers singed wif' that price!! ABE books. Whoa!

But Christie is always a pleasure, as is another English mystery pen, Ellis Peters, who is in fact Edith Parterger, a Czech historian ans WWII code breaker for the Brits. Her Brother Cdafael series are marvelous reads.

Anyone who would like a box of books, send me yore address or PO Box...am culling to make shelf space for them volumes what's been sittin' on chairs and tables too long. Tell me what ya like..mystery, spy, historical fiction, travel, cookery....happy to give books to a good home.

Well, I do hope you are feeling better!

Aint B! Sure hope you've got that weather back under *you* where it belongs!

I confess, I haven't made time to read Brother Cadfael. Seeing bits and pieces on PBS... seems so dark. I know, film all too often perverts the original. I should judge the books on their own merits.

McAloon has moved back east, so Duller hasn't been home in time to call this week. I'll try to remind him over the weekend.

Foamy, hey...sciatic aggravation, wif a cold on top of that fun. Am better, thanky,
.

Sophie, Sugar, how about yore own self? Had some lumbago too, right?

For classics -- a re-read of "A Tale of Two cities" one of those that I get something else out of every time I pick it up.