We met in New Yawk  after Aunty cut her molars at the Beast on the East River.  Flattery an Southern charm is dern near fatal. He has both, plus, that slow-witted  lawyer disguise what puts folks--'specially yankees--at deadly ease.  It be easier to slit yore metaphorical throat iffin' yore victim ain't the least concerned that youse a threat. He coulda been Atticus Finch's brother. 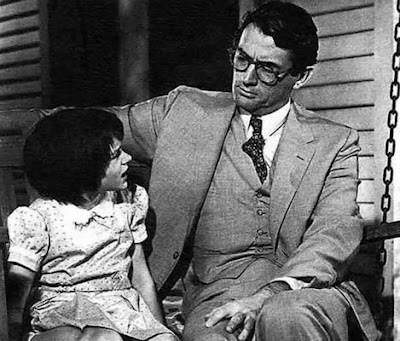 "Aunty, I ain't heard from you in a long spell, Darlin'. Are you just trying to hurt my feelings? "


Easy Aunty. Doan fergit how this Mississippi man laid open a faction of  Eurotrash fer public display back in '04.   "Silas! What a surprise to heah yore voice.  How's yore family?"


Silas has a passel o' five boys, an' one little baby girl---doan need to mention  how spoiled she is, do I?  'Bout the onliest thang I ever seen that could rattle Silas is a worry over Baby Grace. Baby--  a girl by the grace of God-- is now 22 an' too purty fer eyes, even in Mississippi whar' purty is common.


"Fit as fiddles, everyone of them, Aunty.  Baby Grace is interning this Summah  down in the capital in Tate Reeves' office.  That's an education in itself.  They've all gone up to Mississippi's  famous House Party this week--a hell of a circus, you know.   Only place you'll see a belle in Mississippi mud in the morning, an silk at night.  Reeves was speaking but the main draw is the candidate for the Constitution Party,  and Al Gore, Jr., put up by the Democrats. Reckon they think Mississippi don't recognize that name?" 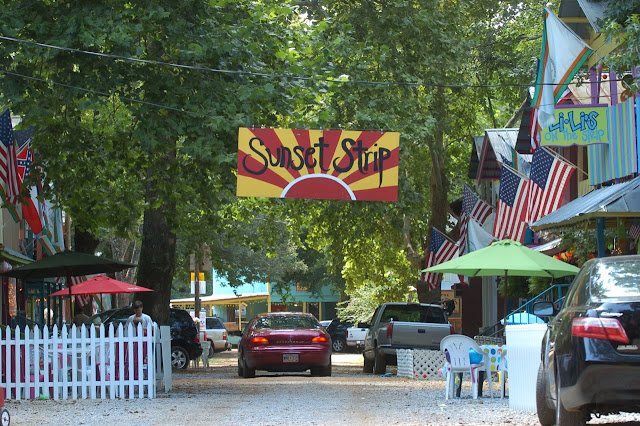 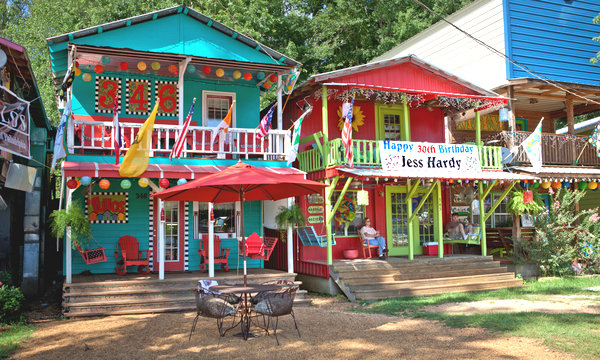 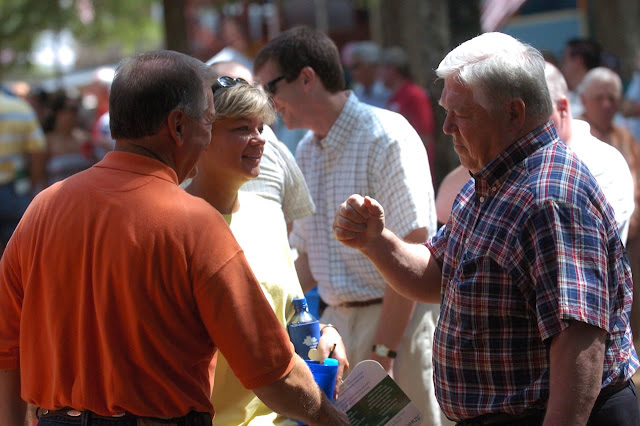 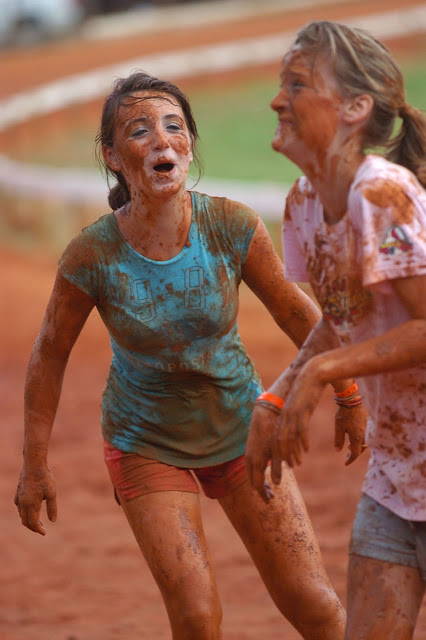 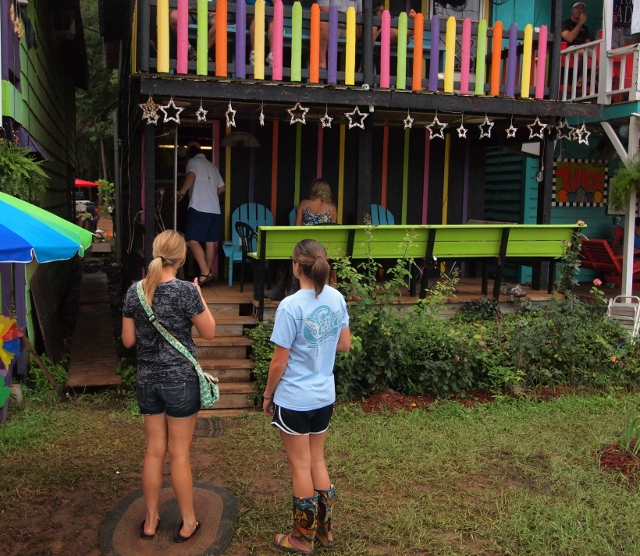 I been hearin' 'bout this hoedown --a quirky blend of family, country fair, food an' politickin'.


"Who can live with dull? Life is meant to be a wild ride.  Lissen' Darlin',  I wanted to give you call,  to smooth out something that's been bothering me.  How is it that one of your kin comes to my neck' o the woods but you never sent me a note? "


I stammer fer a few seconds, but Silas rolls over mah words.


"Well, nevermind.  Now, I know.   This week in Clarksdale, Broke and Hungry hosted a thunderous jam.  Some of our boys slip out theah when they get an itch for Blues. They're too old now, I can't dissuade them with the same threats I used when they were in school."


Silas favored me with a deep, chest rattlin' laugh.


"Nooooo, you don't Aunty. You've not made the connection.  Mississippi is a small town state.  If somebody new comes 'round, we know it.  At Broke and Hungry's  those boys got to jawing with some young fellas who'd come up theah after House Party.  They mentioned a Florida newcomer who's been visiting round some.  Come to find out, this newcomer is your kin!"

"That's not our way, Aunty.  Not a'tall.  We appreciate a note of introduction. In these parts, folks like to know who your folks are.  However slim the connection, a connection is important. In times like these, it's especially important.  The rules behind the rules count more than evah. I want to assure you, we'll keep an eye on his kilt."


Google Maps an' On Star have nuthin' on the Mississippi grapevine.

@Aunty: Have I told you that the beast on the East River called me a few months back to do some rush-rush work? I'd have dropped your name, but I don't think "Aunty Belle" would have rung a -- uh, well, you know.

"The rules behind the rules." If there was ever a book I needed to read . . .

Aunty,
I am not too clear on this but is there a mite of comfort in knowing someone you admire like unto Atticus is keeping an eye out for your kilted kin?


@ Czar,
"the rules behind the rules" is like a secret handshake. There will NEVER be a book.

I liked this, didn't get parts of it ... beast?
But I always like an Aunty tale.

Czar!
RUN!! yikes, do not subject yoreself...uh, wait. If ya' do the work, can I have a sneak peek at the contents?

An' gracious NO, doan drop Aunty's name iffin' ya want that job--in some dingy corridors of that place Aunty is high on the ENEMIES list. Belle would ring not, but mention her muse an' ya might find yoreself hexed by Bawa Jain, hounded by the Blue Helmets,sneered at by the UNDP, an' literally assaulted, cursed an' spat upon by CEDAW--sound like fun? That state of the world is one reason why "rules behind the rules" is used by The Good, The Bad and Davos.

uh...sorta. This "Atticus" is a champ, suave but fearless. It's jes' a wee unnervin' that he has eyes everwhar'. But, yes, mebbe thas' a good thang--when ya need that.

FC!
I know it is gorgeous today in yore neck o' the woods...I can smell the briny Gulf jes' readin' yore comment--it clings to ya'.

The Beast on the East River is the United Nations. Aunty would be pleased to see it swooshed away in a tsunami, if it would stop there an leave the folks in Tudor City alone. The place is a pit. No foolin'. Of course,as wif' all huge institutions thar's a few good souls, a Titanic full of well intentioned dupes, but the molten core is a voracious demon of slavery --the goal is complete loss of nations to their vision of "planetary citizenship" administered by the UN. (their words, not mine)

Nobody is a Blues hound?

@Aunty: My blues houndiness goes back some. I'm not as informed as I once was.

UNDP, Arab Human Development Report, 10th anniversary edition. 800 pages of high-speed, high-stakes copyediting. You really don't want to see it. I finished it a few months ago. It was supposed to be for a May 31 online press date, but it didn't happen (not surprising). I don't think it's available yet: http://www.arab-hdr.org/

If they were going to list me in the acknowledgments, I was considering using my old family name. Don't you think the Arabs would like to know that their human development report was edited by Bobby Liebovitz?

My UNDP contact had shifting editorial sense. Sometimes his work was spot-on, and sometimes the questions were head-scratchingly simple. I emailed Moi with some of my Czar-vs.-the-World-Order emails. I occasionally won.

Whenever we land in S.B.'s part of the country, everyone in a tri-state area knows he's in town. It's bizarre. And a little scary.

@ Czar: Arab Human Development Report. Smells like oxymoron to me. But I think we already had that condo.

Clarksdale, huh? Cool. I've always heard much about the blues and Clarksdale.
and ....
not surprised about your story..

when I first took pinetop swamp to MS for a family reunion, he was quite concerned that I did not contact anybody and that I actually had no address besides a town to drive to. After all, the last time I was down there, I was a wee lass. I told him no worries. I drove into the town, walked into a bank, walked up to a teller, told the lady who I was and asked them where my kinfolk were. They proceeded to tell me exactly where to find them. they remembered my dad who had died in the 60s, my mom, me as a wee one.