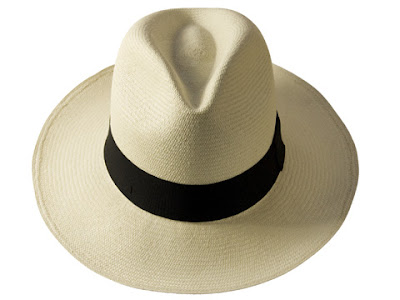 Ah me. This is hardly what I thought would be mah first post-Lent post.

I jes' left a comment at Moi's post on no women at Augusta /Master's that may raise an eyebrow, 'specially Moi's. Why, I'se surprised a wee bit to find mahself on the opposite end of the thang.

I ain't intendin' to be controversial or antidiluvian, but does any of y'all think thar' oughta be someplace left whar' menfolks can congregate, affilate, an' cogitate wif'out it bein' a sign of MC rather than PC, or meanin' anythang anti-woman or anti-21st century?

This heah story be a true account of a local situation.

Thar used to be a local club fer gentlemen who wuz alumni of universities (mainly Southern). "Used to be" is the operative point. What caused its demise? Women.

Pushy, demadinin,' pouty, brassy women. No woman I knowed would have dreamed of applyin' professional pressure to force this club to open itself to women members. The ladies I knows were whoopy happy to have a polished atmosphere, female-free, fer their menfolk to enjoy.

BWM (Before women members) this club loved ladies, an' it showed. The staff (all male) treated the wives of members like royalty. One Friday per month a magnificent dinner was offered to which ladies were invited as special guests--and oh! --The flowers, the music, the civility of it all is sorely missed.

BWM, menfolk had a place to workout that ain't a coed meat shop.

BWM, menfolk had lounge whar' an after work drink could be had in a relaxed decent environment--minus the prowlin' cheetahs. 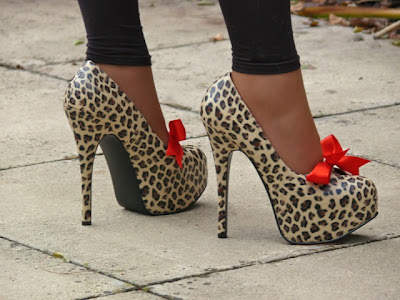 BWM, menfolks had a place to get a shave an a haircut, have their ears/ noses trimmed wif'out women present--'cause barbershops have all been invaded.

BWM, the menfolk who did enormous thangs fer this community could identify a public need an' tend to it forthrightly, no fundraisers, no taxes, no payola.

BWM, disputes among menfolk could be settled privately --no wives or secretaries need be witness to such unpleasantness.

BWM, a fella had a place to take a nap if he needed to escape his office fer an hour or two wif'out the long trek to the suburbs.

BWM, wives were 97.5 % pleased to have their spouses spend 4-10 hours per week at the Association's clubhouse. It was a healthy outlet where men could enjoy camaraderie an' boys became men under the tutelage of elder gents.

She insisted that, as a partner in her law firm, she WOULD be a member of the Gentleman's Alumni Association.

Because, by George Sand, unless SHE could, no male member of the law firm
could remain in the Association. 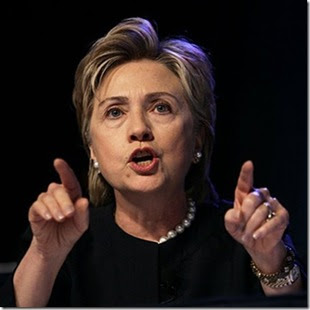 Other women in upper management an' professional positions took up the ugly stick to beat the tar-baby outa the menfolks. It became a Big Deal in the local newsrag (now bought by a Chicago coven). Pressure was applied by all the public agencies (many wif' a Ms at the top rung) to Association members who held any sort of contract wif' any public entity. If yore engineerin' firm did bidness wif' the city, the city demanded you "sponsor" a Ms. as a new member. If yore company sold fertilizer fer the city golf course, then the city said it would sign wif' another dung seller unless ya' took Ms members down at that club yore execs belong to, now doan'cha know?

Lemme spare y'all the long sad tale. The result? Yep, the Ms.ery won membership. Is they happy? (is any fishwife evah happy?) Soon the gym had only wimmen in it. The barber left on day 2 of the Ms. arrival. By year's end fewer an' fewer men would stop in fer a cocktail. The lounge wuz filled wif' lipsticked piranhas frothing a deal, a scheme, or trollin' fer well-fixed man.

Next, the predictable: Wives at home said, "It's time to leave, Dear." When it be all male, no wife worriet about a fella bein' tempted to mischief.

Bet'cha guessed the fate of the place, huh? Now it is the sad run down province of Ms. Matador an' her wannabe junior execs in tow. The onliest fellas that still belong are "progressives" needin' to prove how open-minded they is. An' even them fellas pay dues, but not respect. They doan go thar' now either. It jes' ain't fun no more. Why, I heered tell it ain't even civil no more. Who'd evah think that the addition of women would coarsen a place? But it did--ya' know, tough talkin' wimmen who need to prove they can swear good as any rapper an' hold more likker too. Besides which, very little bidness is conducted thar' anymore--an' wuzn't that the whole reason them wimmen execs claimed they's needin' to be thar'? To have equal access to the movin' an' shakin' ? Onliest movin' these days is ole' staff who done took their early retirement an moved on--they cain't stand the new atmosphere.

I'se jes' wonderin', is thar' any structured place whar' menfolk can git together fer the express purpose of bein' menfolk together? Whar' it ain't against wimmen, jes' for men?

I'se sad 'bout this--it ain't the most serious thang to discuss--people still starve in this city, after all. An' we's facin' a crucial election this year--oh, thar' be many a more weighty topic. Mebbe.

Labels: is this a rant

Oh, I agree. I have nothing against all male clubs that are established as such. Or all female, or all plumber, or all show tunes goers, etc. Nothing at all against a specialized grouping of people with specialized interests that exclude others.

My beef against Augusta, as I replied to you in my post, is that it was not established as a boy's club. It was established as a golf club, under the old-fashioned assumption that neither women nor people of color could, should, or would want to play sports. Only serve the white men of privilege who DID.

That those Augustans continue to uphold this view in this day and age, while perfectly within their right, rings as totally backasswards to me.

Nice to see you back Aunty! Well reasoned post, and a very interesting story to boot.

Spring has arrived here. You and Uncle might enjoy a stroll up a Wyoming canyon this time of year. To go on that stroll, stop by http://tidewrack.wordpress.com/2012/04/09/easter-sunday-walk-through-early-spring/

Happy Easter, a bit late. We have been otherwise occupied around here, so I didn't stop in anywhere.

reckon when that golf club were established it be the general assumption that golf was a gentleman's game, thus the club would be male only?

hey hey! Loved the walk in yore canyon--taggin' along wif' y'all is a treat. I tried to leave a comment but it would not let me on--didn't like my name or somethin'.

There for a second I thought you were talking about the Elk's Club. Anyway, I know exactly how you feel. This is how I felt when my nice little sauna (not a club, but a business) in Germany when from having their men days and their women days to having having mostly mixed days ... Just wasn't the same anymore. Who wants to talk about their monthlies while a bunch of old geezers are sharing the sauna bench with you. It just isn't the same.

And I so can see moi's point. Some of these private golf clubs had hard time adjusting to Life beyond the 50s.

My husband's grandfather started an annual hunting trip back in the 60s and the one rule was No Women Allowed. He said you couldn't be a man with women around and that every once in a while men need to be men. That tradition continues today - hubby, his brother and some friends take my boys and off they go for 4 days in the woods - no women allowed. Hubby would love a club where he could go because he hates dealing with women when he just wants a beer or to talk some business with male friends.
I hate to "set women back" but I'm a Mrs and the only thing I agree with the Ms people about is equal pay for equal work.

Aunty, what a pleasant surprise. I know I want women to have their own little groups. I certainly don't want to, nor do I think I should legally be allowed to, join in everything they do. I just wish more women would understand and respect our rights.

It's privately owned and traditional. I still don't believe they should have been required to allow anyone they didn't want, but that has already been taken. A private club is just that. Would you like it if the government, in your own residence, decided you needed to "broaden your horizons"? That is how I see it.

My guess is you would at least put up a major hissy fit, perhaps even leading to gunfire if you have such. Or a retreat to somewhere that doesn't see things that way. Besides, if the government isn't required to follow it's own laws, we shouldn't be repressed by them.

Troll's blog is gone and I'm going to be hosting HAIKU Monday. :-(

I totally agree that men should be able to have a club of their own if they want to. However, I don't think those clubs should be racially exclusive. Women who enjoy certain spas would certainly be unhappy to see it overrun with guys!