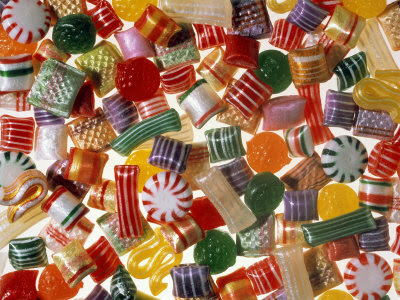 Reckon y'all has it too--stations playin' 24-/7 Christmas music--already. HINT to stations: It ain't even December!!!

Anyhoo, I wuz readin' at Chickory about her glitter blizzard an' sufferin' through repeatin' loops of Christmas muzak, an' she admitted wishin' fer a round of (Dolly's version?) Hard Candy Christmas.

An' I got to thinkin'. Pappy Cracker used to set mah teeth on edge wif' all them "honky tonk" songs, includin' Christmas songs when the season be rung in.


Heh. I still cringe when them songs come along, but somethin' happened. Somethin' un-Grinch like happened. One year, one of the mostest honky tonk of all songs wormed into mah own list of favorites. I hate to admit it, but confession be good fer the soul.

Mebbe --jes' mebbe-- y'all has at least ONE corny, gooey, sappy honky tonk, juke (jook?) joint Christmas song that ya' akshully do sing? Would ya' share it wif us? An mebbe a line or two from the lyrics--an' how that song found space in yore playlist?

An soon as I can figger how to add a music clip to this heah post, I'll reveal mah own sappy, hony tonk song.

I love almost all southern rock which is close but the thing I have in my library that is closest to honky tonk Is "Look at Little Sister" by Stevie Ray Vaughn Or John Prine's "Automobile".

@ Curmudgeon. I love SRV and that lil sister song is a favorite. I sing it to the dogs. poor creatures.

aunty - I lost that post trying to fix the download thingy. I have quite a collection of clubby atmospheric christmas party music - including an interesting cover of hard candy christmas. I have a neat video of my great nieces singing that very song with a little karaoke gizmo.

Mr. Boxer has an ENTIRE iPod devoted to only Christmas music, but he's VERY particular about when he brings it out.... December 1st! Someone in our shop put on the 24/7 Christmas music station today and I said to everyone;

"I'm OK with it until Bruce Springsteen's SANTA CLAUS IS COMING TO TOWN comes on" and guess what was played ten minutes later?

That and Madonna's "Santa Baby" are my least favorite Christmas songs. However? Dolly? Oh yeah.

Elvis. Santa Claus is Back in Town. Here's the Youtube link...
enjoy Aunty!

Adam Sandler's "Hanukkah Song" is one of my favorites of all time. http://www.youtube.com/watch?v=d1sf5yqZX-k

And I sure hope there are honky tonks in heaven . . .

I'm not big on Christmas music. Beethoven's Ode To Joy, would be my suggestion. And it sure doesn't fit into the Honky Tonk category.

@ Moi: Will they have Mogen David, if they don't, who the hell wants to go.

Ooooh, I love this. Puts me right in a good mood. And your post puts me in mind of my own daddy, and his adoration of the singer known at our house as "The Late and Great". Didn't even need to name him because everyone knew, or should have known, or daddy would school them on the subject, that the man known as "The Late and Great" was none other than Hank Williams, and no one could honky tonk like that man, I am certain.

Our work radio is set to the one station playing non-stop Christmas music also. I usually leave it flipped to off. The song that pushes me over the edge is White Christmas and those stupid, sappy bird whistles. Now I realize I'm the only one who hates that song, but dang it, I do hate it indeed.

Favorite sappy song that brings a tear to my eye every time? Same Auld Lang Syne. What is it about unrequited love, eh?

A local favorite Christmas song was "I want a Hippopotamus for Christmas", which was dragged out of cold storage this year. The local zoo brought in Gayla Peevy (who sang the original) back in the 50's when school kids were trying to raise money to buy a hippo for the OKC zoo. They had a big gathering for her this year. Me? I hate the song, but love that it has a life of its own.

Not big on Christmas music. I am so out of it< I would not know Christmas honky tonk if it was in front of me.

Youse a Southern Rock fan? SRV is so there! But...but...Christmas song???

Does ya' have a favorite honey-tonk or silly Christmas song?

Oh no!! That were a good post--what happened?? Chick9, Nieces is nice--but may we'uns have a video of the Chick croonin' Hard candy Christmas? ahahahaha!

Today! Today Mr. B-B can bring out his loaded Christmas Ipod--wow, that is akshully very impressive--a wonder. Did he collect 'em over the years?

No Madonna songs heah, eveah--I'se wif' ya on that--despise (yep, strong word, but thar it is) all attached to her schtick. Cain't say why Dolly is ok, but--she is. She doan mean ill, I reckon.

I never heered that song--thanky much. an', ya kiddin'? OF COURSE thar' be honky-tonks in heaven.

Not big on Christmas tunes? No hinky tonk CHristmas fer ya'? But Ode To Joy does it? Knowed youse a classy sorta fella. Love Ode to Joy, of course. It do lift the soul. Every Christmas night when the day is done an' all is finally quiet Aunty slips off alone to listen to Handel's Messiah. (even tho I knowed it were written fer Easter).

Ohmygoodness! Pappy love Hank! Yes indeedy. An he is the ONLY truly late-great. What a honky tonk master, huh?

An' I forgot about Eartha Kit! Gotta look that one up.

Crosby/ Bowie Drummer Boy gives me a teary moment--but I ain't heered of Christmas Wrapping by no waitresses--now somethin' waits fer me to discover it--heh.

Hah! Thanks, Karl. That was tres cool

OK, John Prine's "Christmas in Prison" and the "Hallelujah Chorus" from Handel's Messiah. That was the first time I got to sing baritone and sang it every year on Christmas till I went to college. It was a right of passage for me as my voice quit changing long enough to quit squeaking.
http://www.youtube.com/watch?v=R1uIFs-pNdc

Oh gracious, Curmudgy! I listened to it--an seen some real lulus in the list on the side bar--

I kept waitin' fer one of y'all to throw in Christmas Shoes--that do git to me...an' Old City Bar-- a Trans Siberian Orchestra favorite--but all their YouTube versions is clowned up---here's an amateur rendition)

Akshully, I'll Be Home for Christmas also still tugs mah heart--not honky tonk, but ya see what I mean.

Make certain you will achieve your target with out doing harm to your health. Full specifics and guidelines are provided with your purchase to help you on course, nevertheless it is basically a point of having to take 1 Phen375 ( Phentermine 37.5 ) tablet with the help of 8oz of water, about 15-20 minutes before your breakfast time. This increases|will increase|boosts|raises} your own fat burning capacity the whole day, additionally, you will feel thirsty as well. Sipping plenty of water during the day curbs your desire for foods. You can do an acceptable level of physical exercises throughout the day. Just have one tablet and don't use more. Believe it or not you can actually take this appetite suppressant but still end up being hungry because you ingested it the wrong way. Phentermine is best consumed on an empty stomach, because that way it can absorb into your bloodstream far faster. Another way to consume it would be one hour after eating, because by this time the digestive process should begin taking place and should not interfere with the proper absorption of this drug. Weight loss surgery moves the details of the gastrointestinal system in order to prohibit the amount of food eaten and digest. Besides that, the surgery aids in shedding fat and moreover decreases the likelihood of health hazards pertaining to excessive weight. These enzymes are responsible for getting rid of the fat and reducing weight. The components of phen375 are very efficient.