What a talented group of scribblers! Judgin' is dilemma, fer shure.

First, a hearty welcome to the newbies--impressive bunch ya' is, too, since it din't take no time fer ya' to be right up to speed.

Next, life happens, floods too. But we missed some of y'all an' hope youse gonna git your hat back in the ring next week.


Uncle an' me read through y'all's Haiku over dinner then sqabbled a bit on the nuances of Haiku--which Aunty maintains Uncle doan know nuthin' 'bout. On top of that, I tried to explain the inner journey aspect to Uncle--ah, yeah. Back an' forth we went... 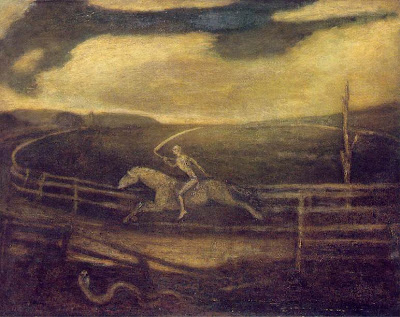 An additional opinion wuz solicited from a clan-folk ( oh! Wish Granny were heah to do this--she'd have been a smashin' fun judge). All in all, judgin' be real real tough this go-around.

Okay--know ya doan wanna read a bunch a jabber about how close an' how fabulous the un-winners were. But thas' the truth: A solid half dozen entries charmed me or tug mah heart strings.

Karl's entry for journey especially yanked on me emotionally:

Starts as simple call.
Please come, we will need your help.
Missing home and hearth.

We can imagine slump of shoulders at the ring, yet, the cry for help--so human!--is an obligation an' a privilege. The journey is undertaken, still, one yearns fer home. I particularly like the experience we all have had--oh the journey is part of what forms us, yet at the end, most journeys do end at home. 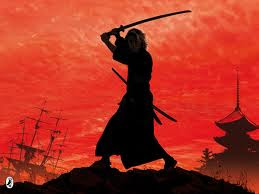 Troll's Son of Samurai is another universal theme made specific in this son--the journey to self when Father looms large. Often this is a journey that cultures formally structure--think of Indian tribes wif' coming of age rituals.

Fishy's journey theme is of vocation--a call / journey one did not seek, but cannot ignore: Joan of Arc rides to save France. An' Moi's bittersweet immigration song...it, too, could not be ignored.

Fluerdeleo's mangled hearts on the road to Appomattox...

I luv the charm an' wit of Casey's "journey of the sole". 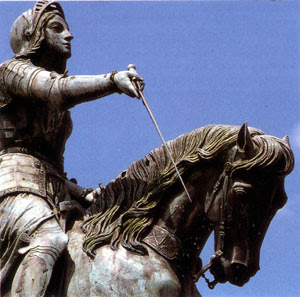 There wuz a dozen excellent lines includin' CoreyJo's "tinkling laughter" an' Curmudgeon's "bugs rise with the sun, Princess' "Fortune favours the heartfelt" an' RafaDe's "Darkness tries to prison me."

How to winnow down until we had a winner?


In the end, Haiku does have a set of rules that Aunty uses fer cover.

First, of course, is the proper rhyme scheme of 5-7-5. Next is the use of Kigo, essentially a seasonal reference. Thirdly, the subkect matter is subjective but oughta have a universal ring to it--the best Haiku (accordin' to the Masters) oughta have an "aha!" moment where the reader/ listener recognizes the moment conveyed. An' a final consideration is a "cutting" --a division of the poem into two independent parts, but each enhances the other.

The entry that captured all these features, a seasonal reference, a universal "aha" an' the theme of journey--actual an' metaphorical-- a journey all thangs must make...an' whose two separate ideas be joined in the whole is worth noting for the surging energy in the first half that quiets away at the conclusion, "echoing" the subject matter of the verse, the double meaning of fall ... For these many layered features, congratulations to CZAR for this winner:

Czar, now ya' may choose a theme an' youse host an judge fer next week's fun.

Thanky all fer makin' this week quite a grand time!
Posted by Aunty Belle at 3:46 AM

I loved this one of Czars - and am well aware of a plants journey but as all gardeners know the seasons and chores of the year in a garden is loaded with metaphors for the tenders. COngratulations, Czar! and Aunty, wouldnt it be a delight to hear you and unca tawk it over. Thanks for hosting!

Does having a colonoscopy on Monday give me a good excuse? Better than my dog eating it? I had fully intended to use my "recovery" day to write about my prep journey, but I was face planted into the couch (drooling I'm told) by 7:00 p.m.

(Karl's tugged at me too)

Brilliant choice! One of my favorites in a very tough field. I think we need to start making the criteria harder. Like, Drunk Haikuing, or Haikuing while walking a rooftop ledge or something along those lines.

Kontrats Czar with your great "Four Seasons" haiku concerto! :)
Autumn was my favorite too!
Hugs
Jon

Humbled and stunned as ever.

Thanks to Big Boss Troll for the whole enterprise and to Aunty for her own self, which is otherwise indescribable.

Two more kudos: to Moi, who gave me the inspiration for the five accented syllables on line one, from which everything else flowed . . .

And most importantly and most assuredly to every other participant, especially the relative newcomers from Fleur through our newest far-flung friends. The competition has become simultaneously tough and beautiful. I for one am no longer just counting syllables, and that's pretty much how I started off. Everyone's entries are so fine. After seeing all the other haiku this week, I felt I was low in the pack, but I'll defer to Her Auntiness.

Come by my blog on Friday for next week's subject. I'm juggling a few thoughts. Likely I'll pick a theme on which I can claim total ignorance: that way I can learn something, not have to write anything, and I'll have a wide choice of topics.

And I'm likely to follow the same standards as Aunty, as best as I'm able. Jes' so's you know up front.

Thanks again, Aunty and everybody.

I came by last evening to read through the entries. I thought how glad I was to not be tasked with the decidin. I am certain the gee and the haw of you and Uncle reviewing the entries was priceless. Do share.

Czar, you sure nailed the 'universal' appeal, along with all the other haiku guidelines. Congratulations! I am looking forward to your theme selection. Given your profession I suspect you know a lot about , well a lot.

This was one tough room to play.
Congratulations Czar! And thanks to Aunty and Uncle for their fine deliberations.
I'll look forward to next weeks round of seasonal offerings.

I also had soft spot for RafeDa's "stars spray in our wake."

There's no denying the toughness of this competition and the perfection of Csar's entry.

Congratulations to the ever-surprised, much too modest one!

Aunty, you are a terrific judge--thorough, thoughtful and strict! And Troll, you seem like a guy with a lot of ideas--Haiku Monday has to rank at the top.

would ya' believe that jes' today I got mah dawg pen garden stripped of summer's stragglin' weeds an anemic herbs--the heat blistered ever'thang.

BUT--heh--like Scarlett, I did git a good crop of sweet potatoes today --the last thang to survive. Uncle be miffed, as he preferred the more emotional appeals to the theme. Ain't no doubt who the romantic is in this hitchin'. When I pointed out the number of grand entries and a need fer a criteria to winnow by, he rejected the rules of Haiku in favor of the emotive entries.

'Sweet Pea, ya' know wif' Aunty ya have a permanent hall pass---ya' doan have to schedule a colo to escape Haiku. Ya' can do no wrong in Aunty's book. I jes' wanted to have a peek into your mind on Journey-

Hope all is well an' ya doan need to do THAT again fer years.

Moi,
hmmnnn--thas' a grand idea. We could have folks write their Haiku in Cracker-Speak!! Yowl!

But fer reals? I'se tellin' true now--Czar nudged it by jes' a whisker( wif' the help of his firned Moi, apparently--team Haiku?) Thar' were so many really fine entries.

Deep Blue,
I'se listened to more of Hamelin today--Un Sospiro. So lovely, then powerful--wow. I thanky sincerely fer edoocatin' me.

Czar,
"otherwise indescribable"? An' all along I thought I'se been holdin' back.

Youse entitled to a large size bag of Pork Rinds as a prize. An' I look forward to Friday.

Fishy,
Uncle did akshully have your Robin in his top two. But I doan think Uncle slipped off to comment--I mean, He ain't Longshanks.

I feel fortune will favor yore comin' season--heh. Hope ya' ain't too miffed wif' Aunty fer invokin' ancient masters of Haiku orthodoxy, but gracious, Sweet Thang, a girl's gotta tough job to judge this level of versification. I'se plum wore out wif' worry over words--had to go snatch weeds in the garden to git calmed down. If thar's a next time I'se gonna crib from the Chick9--git an outside judge. Thas' one wise Chickie.

Fleurdeleo,
Luved Appomattox. Very memorable. Be proud. As fer toughness, I din't mean no harm, an did give a link to the finer points of the art--as Moi mentioned, folks is gettin' so good, an as Czar say, we's past the 17 syllable mark as basic criteria. We owe Troll-Man a debt: Looky at all we's learnt on account of Troll!!

I'se headed to yore place fer
all the Missoni fun. This judgin' wore me frazzled--an see? I missed the whole Tarzhay free-for-all.

Very good haiku by Czar and hosting by Aunty.

"just to fall: compost", now THAT is a cutting "AHA"; INDEED! Season's end nourishing the soil for journeys yet to come. In death, life springs eternal! Beautiful imagery, beautiful words and I am better for reading it.

Czar, there were many wonderful haiku, but yours was my favorite, no question!

Thank you all for letting me into your world of word play and imagery. Thank you to Aunty Belle, as I truly enjoyed reading your own journey through the judging process. You're a HOOT!!