FOR ONCE the FRENCH ARE RIGHT 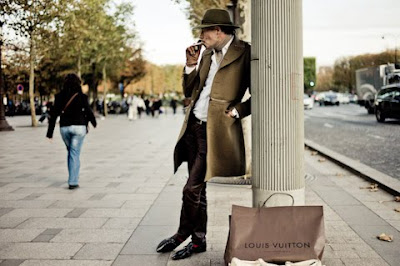 It is real fun, ain't it, to dis the French?


Silly posturing people...folks who let poodles eat from human's dinner plates. ( yeah, I know that the food on the plate is likely superb).

People who feign That Look ( like a queasy stomach might go projectile ) when an American is seated next to their poodle. 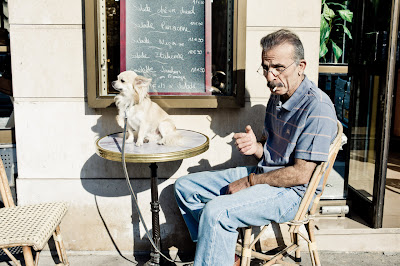 
The sort of people who produce diplomats like Dominique de Villepin. Who, fer the record, had his hauteur dealt a death blow by American "ham fisted" diplomat, Jed Babbin. Babbin said of the French refusal to assist in Iraq, "going to war without France is like going deer hunting without an accordion.''

The French are a People who respond with hauteur instead of customer service when ya' spend beaucoup Euro fer a 3 ounce nightie. (Natcherly, Aunty asked for pin tucked batiste wif' pearl buttons and the thar' wuz beaucoup raised eyebrows, if a wee less hauteur.)

The French perfected perfume to camouflage their national aversion to more than one bath per week. 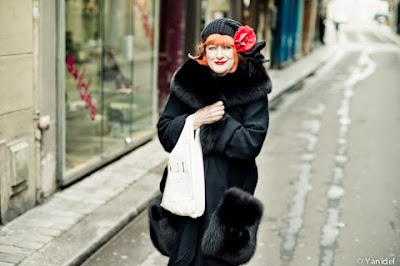 These folks is so full of... that stuff.

No wonder the French use more suppositories than all other Euro-nations combined. Thar's somethin' of cosmic justice in the French Suppository Surge: Serves 'em right fer force feedin' all them poor foie gras duckies.

What do you expect from people who left 16,000 elderly to die during the August 2003 heatwave because it was the annual Le Vacation, an one cannot be bothered to turn the Citroen around for Pa Pa, right?

They sniff at American "nation building" --well, ok, say so, but the sniff? Sniff at us will ya'? We oughta invade France and do a little nation buildin.' We need a foreign success right now. Heck, with jes' 10 % shock an awe, we'd own the place. No more duties on Dom Perignon. If they squeal, we'll invoke Napoleon.

I woke up Easter Monday to find that the French were p---ed about a very famous P-ss. 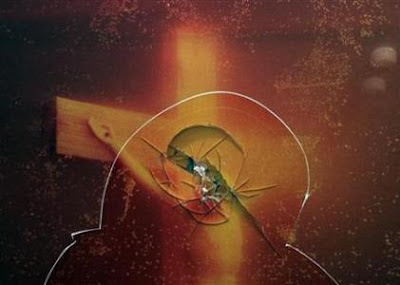 For this singular reasonableness, I applaud Le Grenouille.

Labels: Mebbe the French know somethin' about art after all

You mean the French who saved our asterisk in the American revolution?
The same French who fight in Afghanistan as part of the NATO coalition today?

Sorry to sound so grouchy, but I get so tired of seeing the French bashed.

Personally, I wish we had been smart enough to keep our nose out of Iraq ...like the French.

I do think their food stinks though.
A cardiac surgeons dream.

Aw...now ya know I is tweakin' noses. I akshully like the French cause they knowed the SOUTH was the right. An they make lovely clothes, an--sorry--the food is glorious.

Raise your right hand if you like the French.... Raise both hands if you ARE French.

Methinks they've been right about a lot of things lately. And some of them have always been decent, entreprenurial, smart, and brave.

I don't think FC understands WHY Chirac opted-out of enforcing the cease-fire agreement in Iraq, however.

If he thinks it has something to with a smart balanced weighing of the Pros and Cons, he don't know Jacque.

You had me at the picture of the chihuahua sitting outside. :-)

FC makes some very good points. Although had Louis XVI known what the revolution would ultimately cost him, I doubt he would have backed us. We also more than paid the debt back during WW2. Not to mention this farce in Libya is partly a French concoction.

As far as the so called a art goes, how or why is trash like that considered art?

ain't it de truf? All publicity is...publicity for yore point of view.

Boxer-Babe!
notice, I din't say nuthin' about Chiu's at table : /

Karl,
OK,ok......I did mention the French took the right side in 1860s...jes' fer the record, Aunty be part French--from Poitiers. (an' part Lebanese, an' part Scottish, English. mebbe a whiff of Cherokee, ain't shure--sorta of a mutt. heh.)


But on the "art", as I mentioned in a post some years back about an artiste wif' a raging case of coprophilia (elephant dung were his medium) it's hard to determine who is sicker, the artist or the raving critics.