Reckon I'se mentioned that Uncle goes off to the ranch most every weekend. It ain't our ranch of course, but a huntin' lease on a a large ranch not too far down the road from us'uns whar' Uncle an his buddies congregate.

The encampment the fellas have built down thar' ain't nuthin' much--a grown man's tree house or the glorified version of a 10 year old boy's fort--minus the "girls keep out" sign. (thas' because they doan need no sign--the place is so "rustic" a girl cain't manage mor'n a few hours at the place!) 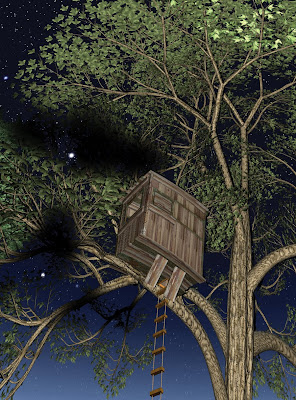 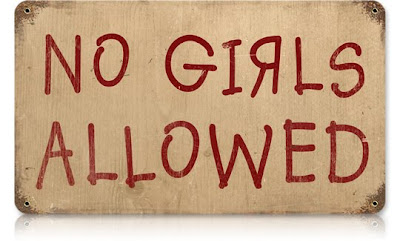 This spot of male saturation is called "Dog Patch" an it is is whar' them menfolk stash their favorite toys. Huntin' buggies and off road ridin' thangs, an boats, an' bows and arrows and even a few ridin' horses.

Now fer the excitement of the showdown: some OTHER boys came sneakin' over an stole the boats and buggies! jes' ran through the camp poachin' to their heart's content.

Uh huh. Seems one of the Dog Patch fellas give his gate key (BIG locks on BIG gates to git into this hallowed ground) to a buddy wif' an invitation to go fish the lake an' use the boat(s), But when the guest arrived he found no boats. When he called the key's owner the poor man 'bout swallowed his tongue, "NO BOATS?" What does ya MEAN, 'no boats'"?

Soon a posse of our fellas wuz ridin' out to see what all wuz missin'...plenty.

Includin' Uncle's CJ 5, "Black Bart" that done been customized to his likin' wif' ten years of accumulated cow dung on the tires an Wendy's Frosty cups and peanut hulls pilin' up nicely on the floor of his buggy. 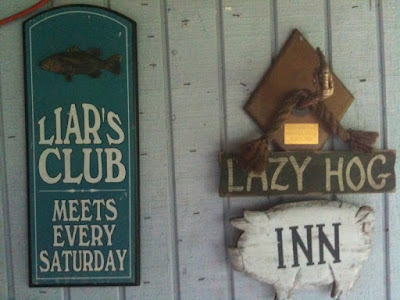 When Uncle got the call he roared outa heah so fast I seen friction burns on the floor. He hollered back at me that he wuz off to meet wif' "the boys" and the sheriff. The big mystery wuz how in tarnation did some varmints git the keys to the gates? The lease fellas have their lock, the ranch hands have locks on the gate chain, and Florida Power has a lock....but ya' doan jes' stroll up haul off boats and jeeps , folks. Natcherly dark theories of an "inside job" built until the posse were loaded fer bear. Who done give a key to guest that wuz a thief jes' casin' the joint? Who coulda known that nobody would be at the camp that weekend on account of the huntin' season bein' finished and the work days of Dog Patch maintenance not yet agreed upon?

When the first man of the posse arrived, why bless his soul! He seen the varmints done come BACK an' wuz gatherin' up a whole new load of toys. In broad daylight, on a Saturday. He called the other posse men, one of 'em had the sheriff in tow, Sheriff called in the helicopters an they cut them rustler's off at the gate pass--heh. Seems the jeep rustlers had sawed off a link in the chain, then replaced it wif' one of their own locks so thangs would look regular.

The copters found other jeeps that had been stashed in the woods --the thieves comin' an goin' at the ease to take off what all they hid in the back woods...the nerve!

When the Sheriff looked in the truck the main rustler were drivin' he found aerial maps of the ranches in several counties--and X marked the huntin' camps...seems a whole rash of boy toys wuz missin across three counties. I mean, has ya evah heard of such temerity??

Of course our menfolk think they's the toughest hombres of all, wif' them bein' on the apprehendin' an ' the excitement of the chase. I cain't recall when such a good time wuz had by all--of course, iffin' they ain't gotten them toys back this would be another story, wouldn't it? 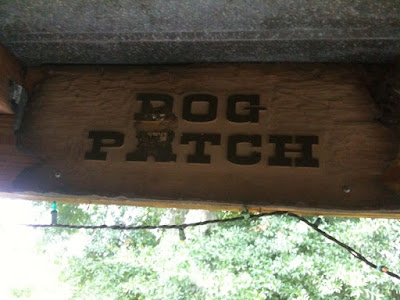 It never ceases to amaze me the time effort and planning that goes into stealing something when they could just get a freaking job.

I'm surprised Uncle and his buddies didn't have a good old-fashioned neck streching party. I guess the sherrif had something to say about that. I'm glad they got their stuff back because one of the worst feelings in the world is having something stolen from you.

Palpitations over the thought of losing a JEEP, but glad this turned out the way it did!

OooooooH Doggy!
I spect the blood pressures was up right smartly at Dog Patch.

As I was reading along I got to thinking,
"Do those thieving fools know these boys is gunmen?"

haha! I LOVE this story. in a time where there is so very little justice these guys got theirs. well done, uncle and posse. well done. and thanky to the sheriff as well.

Holy Moly. I agree with Shamy, if criminals weren't so morally bankrupt, they would all make pretty good employees. Or entrepreneurs? I'm sorry Uncle had his blood pressure raised, but good job EVERYONE.

I love the idea that they had their little hideout, btw.

That's enough to make you wanna lay out a line of booby traps with trip wires, just to keep out the riffraff. Glad they caught them.

I'll be interested to read, how justice deals with these folks.

ain't it the truth!

Fishy,
yeah, really--and can ya beleive one of them fellas brought along his kids--7 & 9 year olds--tole 'em they was helpin' to move a friend's boat. When the sheriff handcuffed that daddy, what ya reckon poor chillen's thought then??

Chickory,
reckon a cititzen posse was a scary thang-


Boxer,
them men-boys LOVES their place--lemme tell ya' they can tell lies an' hoot an holler an' putter wif' machines an' eat what the doc said NOT to eat, an gnaw meat offa bones (Aunty has to remind Uncle when he sits down at home that this ain't no place fer camp manners) fergit to shave, whizz on bushes, spit at bugs an who knows what all else.

Karl,
heh...Ain't sure what justice machine will do--one is in jail, two are out on bail.

Uh, Shamu? You are aware of just how Republican that sounds, right?

I want a grown up tree house! I'm so glad those a-holes got caught!

Just a reminder that this is the last weekend for a pic-a-nic if you should feel so inclined, Aunty! have a great weekend!