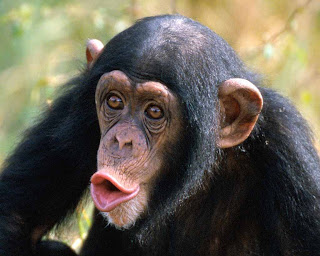 I seen the chile' trudgin' down the road saddled wif' an overloaded pink and yaller backpack. When she looked mah way I held up a glass of lemonade and beckoned her over fer some refreshment.

"Philly, (Ophelia) why ya' pack that bag so heavy that ya turns yoreself into a pack mule? Chile' yore back ain't gonna thank ya in a few years."

"Hey Miss Belle! That lemonade looks so inviting! When is autumn going to show up around here?"

I smiled at the young'un, a high school coed wif' a burnished pony tail. "Mebbe this weekend, iffin' ya believe the weather fella."

"Say, Daddy told us kids how much he enjoyed that venison sausage pizza you made for the Gator -LSU game. He said Uncle and his fellas ought to put together a camp cookbook."

I laughed, "oh that'd be a slim volume. Mostly they eat whatever is to hand. What's all them books, Philly. Ain't that a large load fer jes' one night?"

She heaved the thang off her back and settled in a rocker. "Science, Aunty. We've been studying how our great, great grandpappy was a chimpanzee. I am not surprised, the way some of these boys behave. But others, like Joe Charles Turner, asked Mr. Swinson if he actually believed that stuff himself." 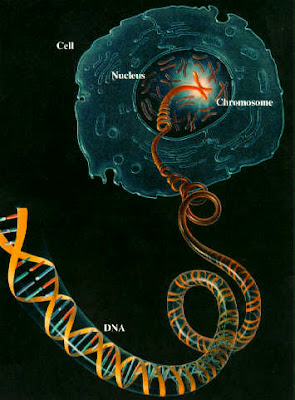 I thought fer a minute, then, "Ya mean he doan believe we's descended from chimps?"

"Uh, not exactly. What he said was that the chimp and human genome showed humans and chimps have about 98 % the same genes."

I watched her face. It seemed untroubled. "Guess that would make a strong case. Jane Goodall made the rounds, ya know, insistin' that chimps have human rights. Or, Primate Rights."

Ophelia tossed her ponytail from side to side, an a grin spread wide.

"Now there's the really amazing thing, Aunty. When ya git down into the science of it, 98 % is not all that close. All animals share about 80% of their genes. With chimps, Aunty, our similarity isn't all that similar. The human and primate immune system is only 87 % similar, which is actually far apart. Did you know that that the FOX p2 gene and its corresponding protein has been found in mice? The difference in mice and human FOXp2 is only three amino acids ? Logically, if only three amino acids separate mice from human speech capabilities, then the two amino acids between human and chimps is like, ya' know, a really really HUGE difference. So, jes' sayin', a Chimp can be my cousin and it won't topple my tower, but science might be pointing us to a new vision of all living things. Any questions? "

I blinked a few times, thinkin' I wish't she has been heah on Friday so I could crib from her fer the Mute Monday Science theme. But' afore I could answer she said, "I know what you learned as a girl Aunty, but that is simply old info. Time to let it go. And thanks for the lemonade." She stood to go, reached down an' hauled up that backpack crammed wif' 50 pounds and 50 million words.

When she stepped down onto the walkway, I called out, "Wait, Philly...what did Mr. Swinson mean about the it bein' 'bananas'?"

She looked over her shoulder an' laughed, "Why Aunty, 50 % human and banana genes is the same. So next time you think you are going bananas, maybe you are!!"

Hmm, I missed the slaw. And I am a food... fox? Or was it banana? Anyway, interesting tale. Perhaps some teachers aren't all bad. Hmph. But the boy in me will never actually agree to that, and that is... 73% of me? More when it's humid or hot.

You lead an interesting life in your neck of the woods. Almost sounds like what life ought to be.

I was curious how the squirrel incidents have been going? Any puff puff bye bye?

Then does that mean they will stop using primates as experiments for human drugs/etc? Because I really don't need to know my mascara didn't burn the eyes of a chimp. Or any animal.

You know Aunty,
I think I might prefer the companionship of some chimps over some humans. Also, I think I know some humans who are definitely about as smart as a banana and not even close to being smart as a chimp!
I reckon it's all kinda interesting, but I don't believe Darwin is correct.

Somedays I only feel about 2% human, so this seems to fit.

venison sausage pizza??? YUMMY. I'm wondering if I can do that with the venison summer sausage I have in the freezer, maybe if I cut it up like pepperoni slices??? MMMMMMMM.


So, that's one smart Philly.

That slaw is always a happy surprise fer folks.

would that be regular, or the water proof mascara???

yes! Try it an' let me know how the summer sausage does. When we wuz in Wyoming, I ate mah first buffalo--pretty good.

A couple years ago I quit using ground beef entirely – substituted it with ground buffalo. Better for you, tastier, too!

Now, can anyone educate me on whether bananas actually grow anywhere here in the U.S. or do we import the lot of them?

I'm from a long line of hazelnuts myself.