I'se in a weirdo mood, so stand back.


Jes' writing instead of throwin' stuff-so doan read no more. I'se jes' ventin'. Not sure why. GO some whar' else--fer ya own safety.

The measure of mah distress is that I am THIS close to vaulting over to Anthropologie an' blisterin' the Amex card. An' I doesn't never--evah!--go to no retail establishments on Saturday.

The measure of mah distress is that I made a sandwich wif' so much mayonnaise I need a bath.

I'se started three new books in 11.5 minutes. None of the first pages makes me wanna read further. Shoulda known from the jackets, but then, hope springs eternal. Simpering whiny women with one more tale of mistreatment, or tepid males wif' no clue What Went Wrong. Gag.

Well, I WOULD gag, but I would be the cleaner-upper of gagmit. Skip the fiction, face the factual. The tome still crouches under the pile.

I cain't git much satisfaction from fiction no more it seems. Mebbe the world is such a fiction right now, thar' ain't no sucha thang as fiction. I mean, when that weasel Ted Kennedy is lionized like hero, what more can fiction do? I have the urge to jab a silver dagger through his cold, lyin', cheatin' heart. The Camelot's nose was under the tent.

I will Ululate in Urugauy so nobody will know. 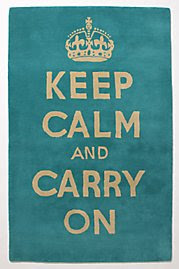 I found the mariposa dragonfly glasses. Seven. Whar' is the eighth? I stashed them years ago...then forgot. Now they come to light. What else has I left in the dark?

Ya ain't readied the garden. Thangs doan grow by magic. Only weeds. Hot ain't no good excuse. Draggin' the floor wif' yore batiste at 2pm. Surfin' the clandestine news, pattern seekin'. The peices on the board shifted in the night. Put yore dancin' shoes on, an' prepare to step lively. Do-si-do.

An the appliance man say he knows it too. Ain't nobody doin' right. A rich man's ice box talks to the factory while the house is asleep, the machine unglues at 1800 buckaroos. Which way was the message sent? I'm going to Bangkok wif' a Banjo. Sing-a-long Joe. 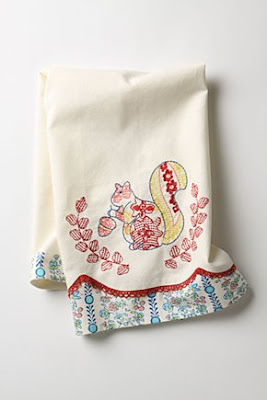 She winked at me, her toothless grin, the gypsy hag bent wif' bags, vitamins she said. "for when they ain't any more." Goin' to Hoboken wif' a Happy Meal. (Better off wif' a hoe.)

But none of it makes yore excuse, ya's guilty as sin of time abuse. Git back to bidness, Aunty, read yore tome.

But there will be chocolate.
Posted by Aunty Belle at 11:03 AM

Labels: step over the bodies

Aunty, I loved this! I don't know what half of it meant, but I read it with a big silly smile on my face. Really enjoyed it and I don't quite know why.

Okay so is there really something to do with the name of your first grade teacher? This came up in conversation this week at work ... a conversation I walked in the middle of and was asked that very question. I'm gettin' concerned!

There's your problem right there, your pillowcase has a freakin' squirrel on it.

Thanky!! Why, ya made mah day. I'se been dodgin' an assignment (the tome) ya see? Wanderin' from task to task, avoidin' the assigned task,thinkin' on the state of thangs, worryin' in stream of consciousness.

Oh yeah, darlin' there IS a real YAHOO invasion of yore personal info. Iffin' ya have a yahoo account then mebbe ya seen the notice that they's got a new password protection program--and ya gotta answer two secret question, like "What was your first grade teacher's name?" or "Where was yore father born?"

Why do they need to know that? Collectin' data for the data miners. I ain't playin' that game.

howl! YA KNOWS I put that Anthropologie squirrel in thar' jes fer you!! HAHAHA. No seriously--ya knows I'se a squirrel bigot, so tht squirrel is indicative of mah ire of the moment. Ya know--a nutty, squirrely day. The whole world has gone squirrely.

Hugo recently made reference to the Obamanation Nationalizing the Banks and General Motors. Said he and Fidel had better step up their game or they'll be considered Conservatives who believe in Free Markets.

First, I'd like to know where that squirrel pillowcase came from, because I'd like to order a set for Shamy and Moi. Second, I've also lost my interest in fiction recently and have been spending time in the biography and non fiction section of the bookstore. I spent my Saturday AVOIDING the world and after reading your post, I believe that was the correct thing to do. You need to sit on your front porch and just "be".

Troll-Man,
sure thang--love fer ya to spread the word: Gagmit, violent vomit caused by disgust nefarious politicos and cultural pygmies.

youse RIGHT, but how about I come to see ya' and sit on yore Island porch????????????????????
Them squirrel linens is in the Anthropologie online catalogue. Could be a dish towel though. Thas' oK-ship em to Fishy who will get some design workshop to covert them to nite-nite blankies fer yore favorite squirrel warriors. Heh.

I is readin the Kingsolver food growin' book AND the Omnivorire's Dilemma....both are fab u lous.
meanwhile one in four Americans suffers from a food borne illness each year.

Oh, and you have been dodging wonderfully. When all else fails, throw everything and the kitchen sink in the way and stew about it. Ha! I actually did have a pretty good clue about most of it. Then again, I might be wrong. You being a female type and all. But sometimes, just sometimes, there is no difference. *big grins*

Oh, and add the Jackson love from msm to the Kennedy junk, and yeah. Depressing is not a good enough word for it.

Tantrums are sometimes quite nice though! *throwing myself on the ground and wiggling in spirit with you*

When I first visit Bangkok I found that I can see Temples everywhere, especially during the tour of the Chao Phraya River. I've saw the real lifes of people living on both sides of the river, It's a heart warming experience for me. One things to remember: when visiting temples, show respect to the Buddha, and the monks. Take off your shoes before entering into the hall and don't wear shorts or tank tops in temples.