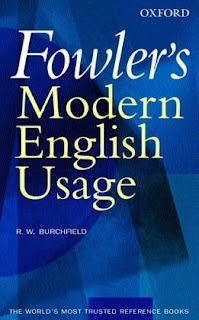 Phineas McVey shuffled past the porch early this mornin'. He tipped his Panama as he glanced up the steps an seen me sippin' cawfee an' listenin' to the birds. I noted how he carried a thick volume under his arm. But he said nary a word -' jes' smiled an' blended into the dappled shadows as he moved along tree lined road.

Directly I went inside to check what sort of sweet morsel I might offer when he passed this way again in a half hour. Thar' was a slice of carrot cake left from yesterday's book club meetin' that Mrs. Chatham sent home fer Uncle --but that he ain't et yet. An' not much else. Reckon I'se been amiss in housewifery since Granny went to ailing.

Phineas retired from collich professorin' two years back. I worry that he doan have enough intellekshul opportunites down heah in Crackerville. He say thar's always somethin' to learn from ever'body, iffin' youse willin' to invest the effort. Recently he has taken to amblin' past the porch goin one way, an' iffin' I'se home an' still sittin' out thar half hour later when he comes t'other way, why t hen he knows I'se not too busy fer him sit a spell.

"Cawfee or grapefruit juice," I as't, as he made his way up the steps to the porch.

"Well, my dear, I suppose it is too early in the day for a glass of Sherry?" His eyes shone with that special mirth that fellas of a certain age git when they's thinkin' how naughty they's bein'.

After I trickled a spot Sherry of in mah finest crystal thimble an' laid out dish of ripe cherries
( in case Uncle had his heart set on that the carrot cake) wif a linen napkin, settled back into mah own chair, I as't, "What is the large book you have wif' ya' today, Phineas?"

I look forward to our conversations. His charm never fails to cause me to fuss over this ole gent a bit.

"Fowler's Modern English Usage. I'm sure you are familiar with it?"

"Yessir," I replied, " but only by reputation. I'se shure that after you tell me about it I'll need to hunt one up."

"You may find one on Amazon, used, for just a few dollars," he advised.

Phineas's eyebrow wandered upward. He peered at me over the Sherry, "My hands have been on this book. That makes it used, does it not?"

"Uh-huh, but I know yore hands, Sir. Ain't sayin' I never git used books--some titles only come that way. But ..."

His hand held the book aloft then it settled again. He opened the book on his knees, thin as spindles under his ancient black trousers. His right hand rose, palm toward me as he read,

"To teach clear thinking and orderly use of precise words and to castigate whatever is slovenly, pretentious or pedantic." 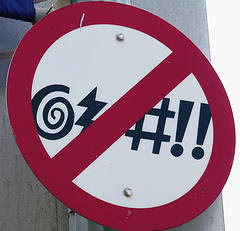 "Slovenly..." I mused. "Yessir, I agrees wif' that idea--folks has let their language devolve into nuthin' much mor'n cliches' and cussin'! You reckon thas' on account of not teachin' Shakespeare no more?

"Oh, why no, there is cussing of sorts in Shakespeare, though it assuredly is ' orderly and precise' enough according to Fowler. And for that matter when words are well chosen there is no longer need of cussing. "

I cocked mah haid to the side, "ya mean cussin' a body out wif'out usin' no cuss words?"

"There is no category of 'cuss words' in Modern English Usage precisely because there are so many better words with descriptive or dismissive certitude so as to reduce our contemporary vulgarisms to little more than the angry grunts of of the Cro-Magnon." 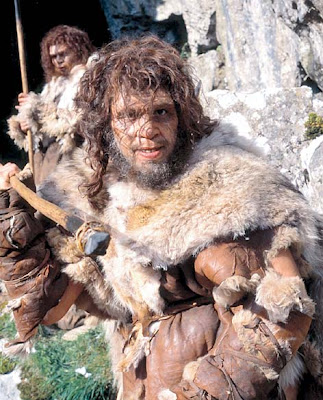 A smile played around the corners of his mouth--my cue to ask for an example.

"Why is I shure youse got an sample of what ya mean?"

His eyes twinkled, "Perhaps I may offer one incident paraphrased from the unmatched wit
of George Bernard Shaw. When a tipsy lady of lesser lights leaned flirtatously toward him at dinner one evening and murmured, 'we would make marevelous children together, with your brains and my beauty', to which the homely vivant replied, 'But madame, I dare not risk it--with my luck, the result would be the reverse.' "

"Granny used to tell us of a Claire Booth Luce-Dorothy Parker exchange where a third woman was extollin' the social graces of Ms. Luce, noting how the Grande Luce was 'always so kind to her inferiors' --whereupon the dauntless Ms. Parker inquired, 'Wherever does she find them?' ." 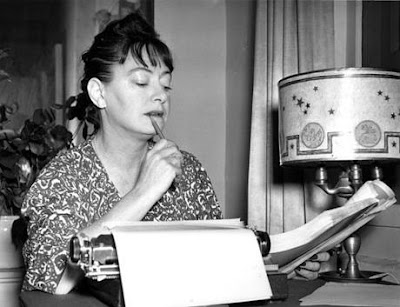 Phineas chuckled. "You know, Aristotle notes in Book Four of Ethics, that controlling our speech is the premier method of preserving civilized public discourse.

That is why, 'I' don't care for your tone, Cyrus' covers more ground than 'what a crass jerk you are, Cyrus.' It permits the put down, yet keeps the door ajar, providing the tone can be civil."


As I watched Phineas depart through into the treeline I wondered when I would next have the opportunity to elevate mah own cussedness, "Thou art like a toad; ugly and venemous." (As You Like It) . It put me in mind of Granny who is quick to call ner-do-wells "lily-liver'd" (" Thou lily-liver'd boy", Macbeth) 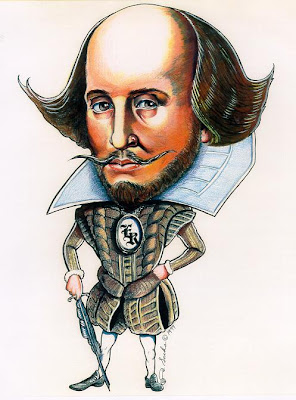 It is foolish to belittle a neighbor; a person with good sense remains silent.

Some people make cutting remarks, but the words of the wise bring healing.

Those who control their tongue will have a long life; a quick retort can ruin everything.

but let us add:


"Those who continue in sin, rebuke in the presence of all, so that the rest also will be fearful of sinning.(1Tim 5:20) "

I is sayin' that when a person is a lecher, a thief, a gossip, a liar, a slacker, a betrayer, etc, it is is best to call them out wif' clever put downs as a reminder of their offenses--not to use ackshull cuss words or to descend to vulgarity--but to name them bad behaviors fer what they is--a threat to decent society.

Scripture has a whole host of thangs to say about the ill mannered folks among us--such as this:

I don't cuss but I don't really have any "go-to" literate put-downs either. Just go with the flow and look for an opportunity to pounce on an opponent's own words to throw back at them.

Whether they curse or not, idiots usually provide me the ammo I need.

Aunty Belle,
what an enjoyable post, you do have interesting callers up on that porch of yours.

Today the saying that most comes to mind is similar to one of yours. However, they are not derived from literature but were drummed into all us by my
MamaFishy who said these two things quite often,

" Those who cannot respect their lessers, have none"

and the other one is,

" You cannot 'aspire' to anything unless you first 'think', otherwise you are merely wishing"

along with that last one she also counsels to,

" wish in one hand and spit in the other and see which one fills up first".

I don't really keep a set of retorts around waiting to be used. It's a spur of the moment thing which depends upon the situation.
I will never be as witty as Mr. Shaw so I must confess that I employ the ocassional expletive.

Under the correct circumstances and wielded with intelligence it's direct and punctual response often gets the desired results.

Oh that was rich. Love those clever thrusts of the verbal rapier.

Afraid I can't recall being quite that clever myself.

From James Bond
The Admiral to M (Judi Densch)
"With all due respect M, I don't think you have the balls for this."

M - "Perhaps. The advantage is I don't have to think with them all the time."

That was really well written. Your meeting with Phineas McVey is engrossing and your imagery is great. I especially like the Dorothy Parker antedote.

One go-to, elevated put-downs that comes to mind is one that I use with my kids (and some co-workers) all the time. People (and my kids - who are not people) are always telling me self-deprecating things about themselves, looking for some sympathy from me. For example, they may say, "Bobby is always telling people that I'm dumb." To which I reply, "Not as far as you know." They really don't know what to make of it with the conversation just continuing along and me chuckling to myself. Sort of a Forrest Gump, "Stupid is as stupid does". Well. I have fun with it.

I do use witticisms from time to time, usually on a market value basis, crafted to the situation. I only use cussing as a means of self defense to avoid fighting (oddly, being more aggressive often works, at least verbally). I avoid swearing, especially when angry (which seems to contradict the fighting thing, but usually I am not angry about fighting, weird, but...).

My mother, then an alcoholic (when I was in my teens), used to put down my rock and roll and heavy metal. Except for Ozzy, I generally kept to music that was clean, non-satanic, and had some kind of decent lyrics and such. After hearing, for the umpteenth time, how God awful my music was, I merely stated, "Yes, perhaps. But country music is a communist plot to make everyone in America a beer alcoholic."

Didn't really mean much, I just whipped it out before I knew it was going (youth!). But it seemed to make her think and I never did hear another word about my music (which I played low volume, even when she wasn't around). I am not sure these things even need to make literal sense, so long as they inveigh some notion that a line has been crossed or make someone else stop to think. And they can be hilarious, when thought back upon.

My mom had a good one and it involved holding your pinkie finger in the air for some reason ... but the words were "You aren't worth my best."

Fishy,
yore Mama must be Southern!!


NYD,
I doan never wanna be a target of your "correct circumstance" ! Reckon I hope to keep ya happy as a clam so no ire erupts. Heh.

verbal rapier?!! Ho! I will steal that from ya'.

Anon,
I think Judi Densch is a smashin' cool lady.

Heh--thanky thanky!
That Dorothy Parker was quick wif the riposte. Somehow, I suspect, you jes as quick--and you do know it.

hey you---settled in? Well, I hears ya'. Most times I'd rather be hit wif' verbs and nouns than fists.

we's postin' at the same time--well, I git the pinkie thang, mebbe--do it mean "I got more sense in mah little finger than you got in your haid?"
No matter-- a foul mouth boor ain't worth yore best, an' thas' fer shure.

I swear like a sailor and it's something I've been trying to curtail as I get older. It's just not a way I'd like to be known as I age gracefully.

I love Pamokc's comment and this was a enjoyable read. I'm printing this one out and adding it to my "Blog Book".