Over the Fenceline: New World Euphemisms

We has newish neighbors over the back fenceline.

At night we seen a bluish glow risin' through hedges an wondered.

What we wondered is why a family of two adults and two toddlers needs five 36" flatscreens. One fer each short cake, since a 2 year ole and a 3 year ole fights over Barney and Veggie Tales. One fer Momma Weird who is a lawyer an' who defends doctors from--wait for it--from ....

from her husband, a lawyer who sues doctors fer that hangnail that ya' let git infected when ya' dipped yore toe in the wrong "lady's" hot tub teemin' wif' the collective successive accumulations of months of "friends." An' two flatscreens fer HubWeird: One fer Bloomberg Bidness, t'other fer sports. 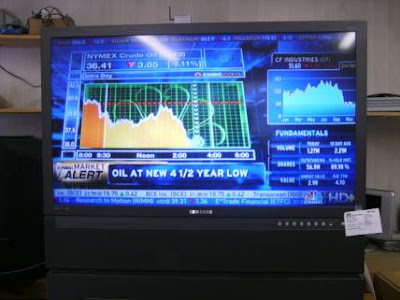 "It's almost over" he pronounced.

What followed was a wild, careeenin' ride over financial history since September 2008."But I think it's over now and the market will stop bobbling around," he said.

"Bobblin'?" I replied. I thought it were sunk out o' sight.


He studied the piles of his dawg's past performances along the fenceline. "Uh-huh."

He smiled, lookin' down. "Aunty, I ought to bill you for fertilizer. Look how fine your fig tree is!" 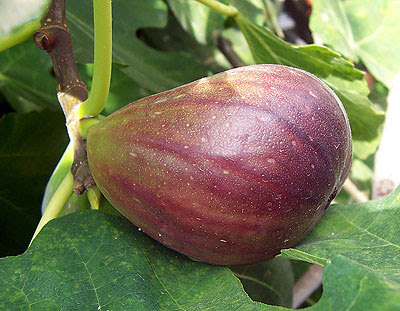 I'll send ya' some fig jelly," I said in my driest tone.

"Yeah, the market is on the rise," he called over his shoulder as he an' relieved dawg made their way back over his yard. "With that quantitative easing the Treasury put in place, this thing is about over."

It sure is, I thought, watchin' him pick his bahr-foot way over his patio, through the glass doors to stand transfixed in front of the Bloomberg flatscreen.

Granny's Granny used to say she was washin' "delicates" when she laundered the family underwear. Even as a wee chile I knowed that were hilarious.

Why ain't I laughin'?

Two layers and their spawn next door? I think I might have to move.

Hmm, sounds like both provided fertilizer of about the same quality. Urhm, is that like getting what you pay for? If so, that you now owe jelly for it, it sounds like he ought to work for the government.

My that was a rich story you told. The rest of my spinning stories I will just ruminate quietly. You always offer such interesting reads, fertile ground for a fertile imagination.

I agree with Doom, plenty of fertilizer was being spread around and most of it wasn't from the dawg.

That fig looks perfect...and I don't think that is from the dawg either.

Ain't no mystery why they think the feds are doing something good with that there " quantitative easing", they clearly have a fondness for being in the s***.

I wouldn't let folks like that move me off my patch, but I wouldn't be giving them any fig jelly neither.

I meant to say "Lawyers," but could as well have said "Liars."

Oh...
My Mom used to make pear and fig preserves. Just about brings a tear to my eye, remembering how good they were.

If you're trading dog doo for fig jelly then am I the trading partner for YOU!

Heh--yep liars will do fine. BTW, iffin' ya din't read the rest of the comemnts in the prior post, ya missed taht Uncle thinks you an Doom is championship menfolks.

Heh...ya like mah little ditty? A slice of ral life from these parts.also, see above fer how Uncle thinks youse on the money (prior post)

Fer you, Puddin', the fig jam is free! Doan want ya to git carpal tunnel wif' that scooper. Jes be sure to work that jam into a Dim Sum Sunday!

Ah, I don't even want to get started on certain Lawyers and the backwards way they think. But you can't blame him for sayin such things, I mean he DOES have a degree in B.S. I suppose he just can't help it.

Super! Just for that, and if he feels the call, I would send him my knot (knotty?) book. It is packed, but for special occasions I have been known to put out extra effort.

Urhm, I hope you don't mind me doing a good fellow a favor? You might see it as me doing you both a favor, if you could just peek around the corner at it in a guy kinda way.

Y'all...sigh...poor Granny have some trouble
Again. I'll be back tomorrow but cain't
Blog no mo today

Somebody (not the "reverends" wright or jackson) needs to explain the parable of the Fig Tree to Obama AND your nutjob neigbor.

That made me spit my drink out.

auntie most of us have the big flatscreens. its not weird.

I did not realize the situation was a little complicated there. I thought this was, if serious, more in the fun realm. I will send a prayer for you both.

Oh, man, I love figs something fierce. My father's neighbor had a huge, venerable old tree planted right at their shared fence line. My father was always free to pick the fruit from the branches that hung over into his yard, so for years, I had access to the most delicious figs imaginable (nothing like those lumps of cardboard sold at Whole Foods these days). Then the old gal died and her children cut that tree to the ground. I cried.

But if someone culled a few lawyers from the world? I wouldn't care a fig.

Ohhhh, just saw Aunty's comment about Granny - sending prayers to you all.

Sorry Granny is ill. Take care of her and yourself.

Nothing to do with the fenceline / fig account, but:

Granny is truly suffering. The doc--a great fella--gave her some meds to address a dern difficult problem. Unfortunately, she done had a drug reaction that caused internal bleeding. 'Bout midnight they had to give her a transfusion cause she lost too much blood. She should recover OK , they say. Jes will take a good while. Trick will be t keep other thangs from goin' downhill.

Reckon thangs is tough everwhar', but this dear sweet soul has had such a hard time of it in the last few months. The best comfort has been mah siblin's comin' to hep.

With strange neighbors like that, there is a good side.
Property values will go down and so will your taxes.

Did you get the NLP email???

Yep I think youse RIGHT an Weird Hub is wrong--fer shure! Reality is one thang thas' hard to explain away--but the euphemism-- to what lengths will folks go to try to hide from truth??

Y'all, Granny is slowly comin' around. She was improved enough to ask for an git some ice cream tonight. She's gonna have to be in rehab fer a spell, but we's all pleased at her progress.

Well, bless Gtranny's lil ol' pea pickin' heart! I just woke up Duller so we could pray together for her. It's so hard sometimes to count it all joy, ain't it? You take good care of yourownself, as well, hear?!

I don't know why you aren't laughing, but I am over this story. This is a hoot and you at your best! Have we created a word yet for "satire in dialect"? I've been looking for that particular word again recently!!!

Auntie: Just checkin in. letting you know you and granny are in my prayers. Hope things are looking up. xo

Y'all,
It's a dark night fer the heart. Today Granny doen been re
Leased to a rehab center--not bad as these
places go..she be in woeful pain. He mind
Is sharper'n a Bowie knife, but her body
Is jes weary..an' they got her so tanked
On pain meds...so I'se sittin heah in the
Wee hours so them strange new faces hoverin
Over her' or the unfamiliar night noise
---a beepin' machine or moan from across
The hall---so nuthin' will startle her.


She's so weak that she cain't git her water
Glass an' would lie heah thirsty...

We's grateful fer your encouragin'
Words and kind prayers. A sister is in town
To hep, a brother comin' tomorry...love your
Folks cause ya jes' never know when youse gonna
Have to say goodbye.

Hugs and prayers to you and yours, Aunty.

Ahhh....the fond memories when I saw the fig tree! My grandfather, who was full Greek from Crete, had a fig tree and would pick the figs right off the tree and eat them. Thanks for taking me back to a place in time, Aunty!

Granny...I like your style. You've gotten it all right.