What the Wind Blew In 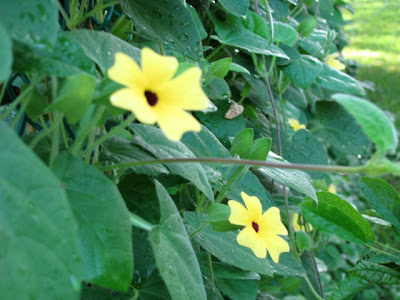 Ya'll heered I reckon that we had the Hurricane Fay blowin' by us'uns... an' she left more than torn tree branches in her wake.

An ole acquaintance showed on the Front Porch when she came to check on her kid sister who done moved heah a week afore Fay gathered her skirts and sashayed up the state.

We's never what I'd call "friends"--we had different interests, but she was kin to friends and ya' know how that goes.


After the first two glasses of lemonade she sighed an' said, "Belle, can I talk wif' ya straight? I doan wanna scandalize ya none but..."

"DeeDee June, I wish't I'se ignorant enough to be scandalized by anything a human ever done." 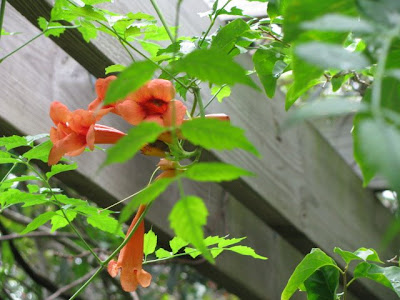 Her haid was hangin' low, but I seen a wry smile. "You ain't changed much has ya'? Well, then, alright, I'll jes git mah story out, an hope youse got some idea what I oughta do...'

An hour later she took her leave, a wee more light hearted I hope. Another post-modern confused cynic who has recently wondered if she's been sold a pig 'n a poke. Life ain't easy an' it never was.


Ain't never met nobody wif'out scars. Once ya' know that every good moment ya work fer and appreciate is a gift, not an entitlement, it sure changes yore angle of view. 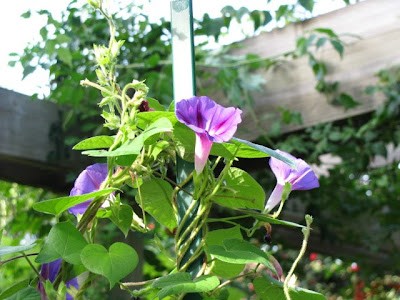 Make somethin' beautiful when life seems to take a ugly turn. Plant a daisy, write a poem, sing a song, do a good deed.


Makin' the most of our days is our own job, seems to me. An that means lookin' fer what is good, not jes' catalogin' what all's gone wrong. Cheerfulness can be heroic.

I know all those things to be true Belle, seems though I'm too involved surviving day to day to plant something special.
My boys will have to be my contribution.

I used to think it wasn't easy to be happy - now I realize every day is a gift and there is beauty everywhere.

Mostly, I am just grateful and I say thanks everyday.

i'm so happy you and your batiste gowns and your computer stayed high and dry, auntie ..
i'm grateful fer that .. :)

Ditto to AB. I just refuse to accept miserability as the default in life. Even when I AM miserable. Temporary.

Hope you're still okay. I just left my office long enough to peek at the news and I hear Faye just won't go away.

cain't tell ya'll hpw much I 'preciate yore checkin' in

I couldn't agree with you more on this Aunty. It's our own responsibility to find happiness, it's not anyone elses.

Glad to hear you are safe and sound in your neck of the woods.