I got this email note:

"Did you see that X*X*X* was an Olympic sinner?"

No. I ain't seen that event. ( I know I know!! I'se unreliable and a cheat-I did see some of it them games.)

Of course, what my correspondent meant was "winner", jes' hit one key down, heh heh.

So I thought I'd spread the misery around some. If I gotta write, least ya'll can do is keep me company. Okay?

I DID award an actual prize (not a cyber prize) and will again send some token of mah esteem, to the sinner...ah, that is, WINNER. 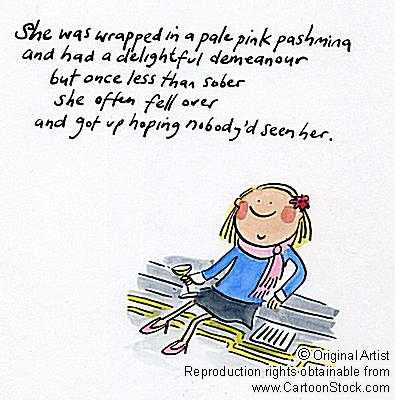 A limerick refresher course: a five line poem where the first, second and fifth lines rhyme, and the third and fourth lines rhyme, hence the rhyming line scheme of AABBA. Typically the first "A" lines (first, second and fifth) have 8-9 syllables and the middle couplet have 5-6 syllables. The key is that all three "A" lines is best when they have the same number of syllables, and the couplet ("B") lines should have the same number of syllables. The rhythm is as important as the rhyme.

Here's examples plucked from the net:

There was a young lady from Hyde,
Who ate a green apple and died.
While her lover lamented,
The apple fermented,
And made cyder inside her inside.


In choosing words, some are verbose
That render their wit adipose
Give me tight-writ precision
For verse of concision
And make every word serve the best prose.

Now, as in them Olympics, ya' can increase yore score by choosin' a limerick of higher difficulty. Extra points if yore limerick reflects what we know of ya' from your own blogger profile--here is an example that would apply to Big Shamu and Java Junkie:

I prefer living my life adagio
Doing nothing more strained than intaglio
Or a book at compline
With a glass of white wine
And some artisan bread and fromaggio.


or, fer extry points, spin a limerick about any recent blog topic:

A pesky chattering squirrel,
I shot wif mah derringer of pearl
He lost his prized nuts
And 'bout half his guts
Now he sings like a little girl.


Ya' can be a wee bit risque,
limericks is funnier that way
but please doan overdo
it disqualifies you
thas' what Uncle tole me to say.

Now iffin' ya had a lot of fun, enter as many limericks as ya' please. Contest open until Midnight Sunday Aug 31, PST.

Aw fudge, homework. And Labor Day weekend coming up no less.
Well, I'll do what I always do in these situations....get the blog's smarter half in on the deal.
Be back later tator.

limericks? .. did somebody say limericks ..
and, yes, folks.
there is an actual real prize involved ..
i know..

Oooo, I'll play along once I row my own boat safely away from the falls! Hang in there - I'm right there with you.

What's with all of the deadly deadlines this week?

Yours were really good. Limericks are hard. But I'm trying. Nothing rhymes with Secretariat. That's out.

FOAMY!! Youse a veteran, heh heh...bring it on, Sweet Thang. Know ya' can give it good twist an' surprise us,

Hey PresMOI, hey hey...gasping fer air today is we? I have alotted meself 30 minutes this mornin '--after than it is a race to the finish line at 4 pm today. Tomorrow--a new deadline, meanin' I'se workin' through the night. Why does we do this ????
(Hey..let's collaborate on a novel, make some actual $$$? Get yore pals, Doris and Wicked to join up)

Thursday Next, Dahlink, uh-oh...ya' have a edge over us'uns, this is right up yore alley...drat, I forgot that!! Hmmmn...well, to keep thangs fair, make yours two stanzas!! Uppin' yore ante, Puddin'.

Troll-Stud!! Aw, Sugar it ain't no use tryin' to bluff us--we's read yore poker post, ya had us goin'!! A fella that can write like that will make quick work of a mere limerick.

Hey Anon! Who's you? Hope ya will play along wif us--looky to me that ya have the knack of rhymin' down pat.

There once was a silvery Filly
who blazed whether warm or chilly.
The old railbirds said
Her Sire was Big Red.
So betting against her is silly.

A decent horse called Big Brown
was trained by a fat doper Clown.
That clown even said:
"He's as good as Big Red".
But two wins is NOT a Triple Crown.

A sneaky young Thai from Phuket
carried two cans and a bucket.
As petrol prices rose,
he'd take his siphon hose,
Put it in your tank and then suck it.

From my blog's better half:

When I talk about my favorite metal,
you'll find that I'm speaking in kettles.
A nice wholesale lot,
of good copper pots
considerably increases my fettle.

And one for Shamu...

A shutterbug gal named Shamu
once decided to shoot her tofu.
The result she acquired
left her mighty inspired
to focus and click 'fore she chews.

In case you decide to buy a book by Andrew Klavan, remember the name ANDREW Klavan.

I forgot ANDREW and went to the library. There is also a LAURENCE Klavan who writes similar stuff.

I'm guessing their brothers. I'm HOPING they're not "married".

My creativity and my ambition just left the building, and I was too tired to protest. So this is all I got so far. We'll see what tomorrow brings.

Now that Moi’s deadline no longer looms
A’ shopping she’s going for shoes
Booties in patent for fall
And stilettos quite tall
Are like sunshine chasing the blues.

Hope you're crossing your own finish line!

have you seen the demo convention?
the horrors too many to mention!
pelosi's "100" high on they hogs
the folks on the floor gorged on hot dogs
while awaiting Obama's ascension

`
`
`
Old Fay was jes' a tropical stor'm
Til she found Auntie's bloomers n tore'm
Mad Belle chased her away
Clear from August to May
Now our fave Porch is back to the nor'm!

Whilst I'm taking a break... here's what I'm breaking from...

In Denver a 'temple' is standing
75K in attendance demanding
It's Obama they want
Not Hillary to haunt
But McCain, the rain he is planning


Be back on Sunday...feel free to add to yore entries, vote fer the best (iffin' ya' ain't feelin' poeetic and din't rhyme)

We revel in all things porcine -
of it's virtues we just must opine.
If you'll cook up some bacon,
we're yours for the takin'
for pork on a fork is sublime!

I'm voting for JJ's last one. The one about bacon. It flows.

Second to Java Junkie's paean to bacon. Let's face it folks: life without pork fat is like a day without air.

foam looks askance
at the political dance
at the posturing prance of each stance..
she squirms in advance
at the thrust of each lance
since grimaced barbs are not left to chance.

i do know an aunty belle..
who once climbed up a ladder and fell ..
upon her keister quite well..
ouch, she said with a yell..
my batiste did tear rather schnell..

i'm also known as the foam
who occasionally lets out am moan
as she reads her stuff with a groan..