One our clan's dogs got hisself an obsession wif' brick domination....ain't no brick safe round this hound! 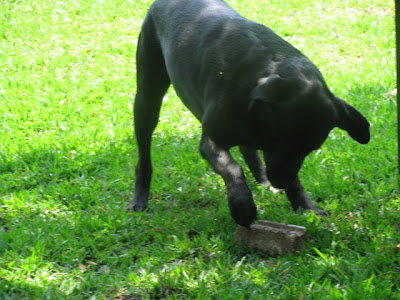 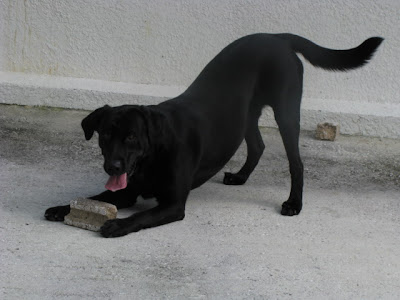 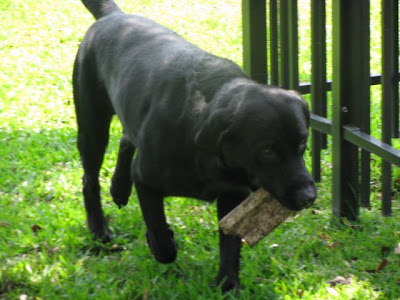 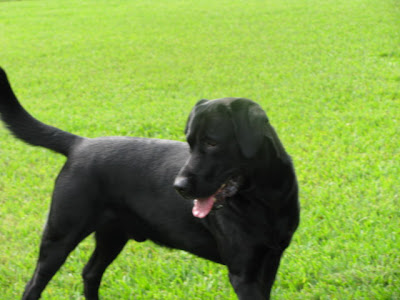 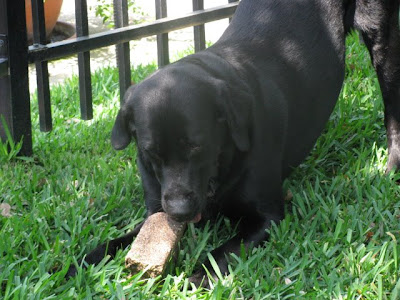 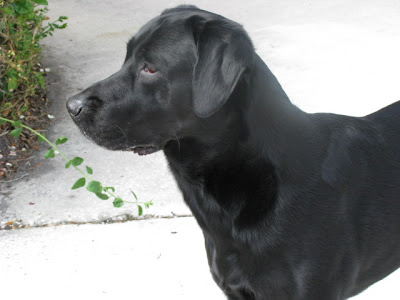 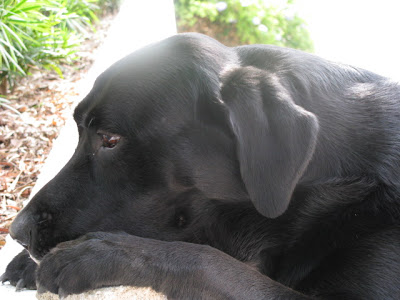 handsome pooch there ..
my dog is the same way with plastic bottles ..
so, is that your voice or the voice of the visitor ..?

My dogs won't play with toys, so I would be thrilled if one of them picked up a brick. Of course, they weigh less than a brick, but still.

Put a collar on that dog or he's mine.

I do declare, that's the purdiest Labby I ever did see!

I thought I'd seen it all when it comes to doggie behavior. Until now. It's going to take hours for me to stop laughing.

What a cutiepooch! My old rottie got crazy with stuffed animals...so we never kept them near!

Hey all ya'll! Ain't that a riot? This dawg do have his own fambly, and he has a girl-dawg cuzin, but he visits here plenty an' doan know he is jes' a dawg. He thinks he's one of us, cept wif' four feet.

Troll-man, I have seen the $$ tag on some dawgie toys! This dawg has a toy called a chucker (?)--looks like a jai-lai flinger-thang that pitches a ball out to the south forty. Thas' how he gits a good workout.

Anon--yikes! Thas' right, he ain't got no collar or tag on.

President Moi, tickled that ya enjoyed that!

Thursday--hey hey! Does ya mmean to say it is time to git yoreself a new girl's best friend?

There are blood hounds and t here are brick hounds.
Just think, if a banker owned that dog he would repo people homes one brick at a time :)

he is so handsome. im worried he is going to break off a tooth with that. i had a shepherd mix that used to fish for rocks...went underwater and pulled em up and stacked em on the bank.

He's mighty handsome Aunty. My little pooch was blissfully asleep on my feet until she heard the lab barking on the video then all hell broke loose. She thought he was in the room with us.

A hound that fishes fer stones? Youse always got such talented canines!

Belle!
You must be kin to be as you sure are my kind of folk cause you are knowing that fine boy is fambly and not just some four legged lawn ornament or theft deterrent! However, some of those folk you blog wif are a bit p'culiar wif they words like,
"handsomnicity"....I can't hardly get my toungue round those syllables. Have you tried sayin it a loud? Was your brick hound part or yore "Energy" pictorial or jest a bonus?