A Backroads Afternoon Off the Map 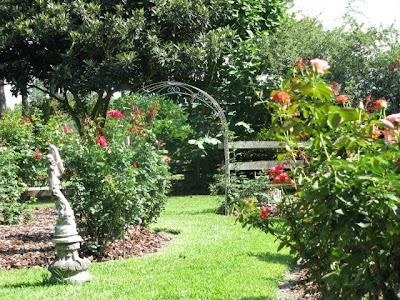 Does ya 'member when I took ya' on a Florida Backroads tour of the Shiloh Daylilies up near Micanopy (Front Porch 7.1.08), 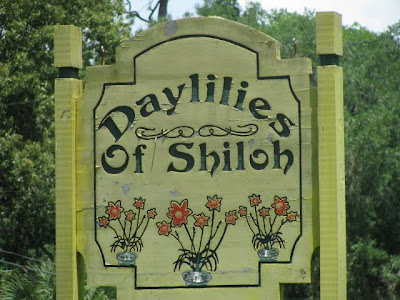 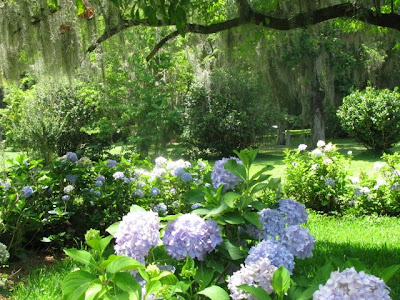 Aunty wanted to show ya'll how "Old Florida" was a real place that has nuthin' in common wif Mouseworld and neon nights.

How some folks jes' waded out into their dreams and made a scratchin' by doin' what they loved?

(Like that fella over in Micanopy whar' I find old Florida maps and books:O'Brisky's Books--an' Old Book Emporium)

And I said how it were so much fun, I'd git around to tellin' ya'll about the other part of that daytrip?

After fillin' the trunk that day wif day Daylilies (what is now growin' happily in mah own garden) We'uns (three of the clan ladies) headed on down south on CR 329. (Thas' fer Troll-Man who thinks I made up the first location of SHILOH since ya' find it no more on maps, so now Sweet Troll, ya' can triangulate: I-75 North, West on CR 318, South on CR 329...uh, but I ain't sure if the CR is fer Alachua or Marion County--jes somewhar' southwest of G'ville, but still north Flemmington --uh, wait, Flemmington is hardly on the map no more either..well north west of Ocala.) 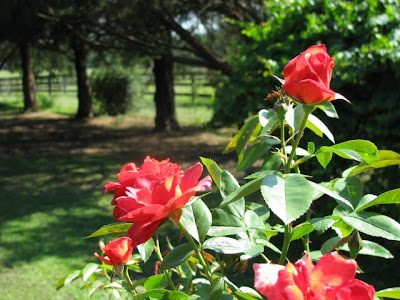 Our destination was a seven acre Rose Paradise known tongue-in-cheek as The Weed Patch.

(Ain't the first suggestion of a weed on the place!) 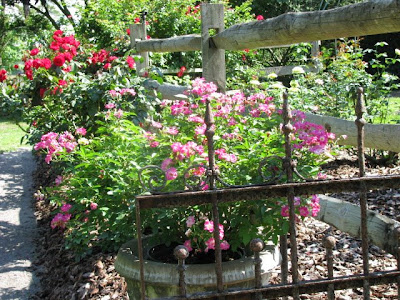 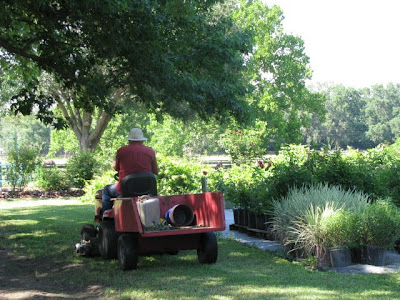 The ole fellas who run this show keeps their "patch" perfectly tended. 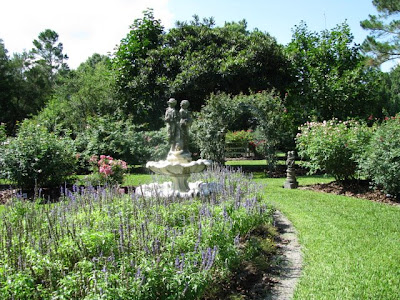 A neighbor looked over the fence to keep tabs on thangs..... 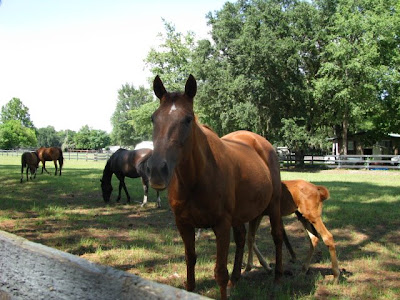 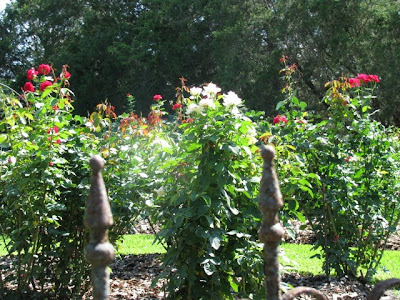 We chatted about proper rose care in Florida, they showed us their "rose rooms"..successive outdoor rooms walled by fences or statuary or arbors of rose bushes seven feet high..it were a sight. 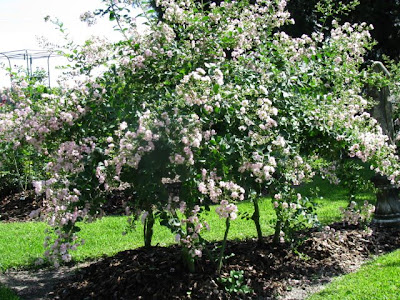 We talked about how wonderful it was to live accordin' to one's own
vision of what life is all about. One gent said:

"We lived in the city once, but it was jes' fer money." 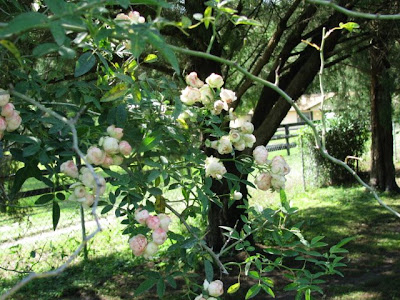 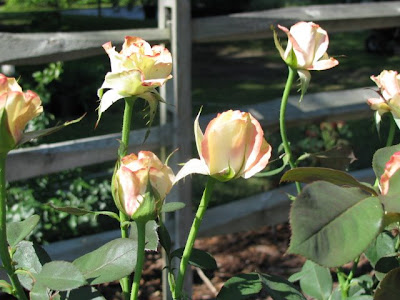 Them fellas grows grapes and tomatoes too... 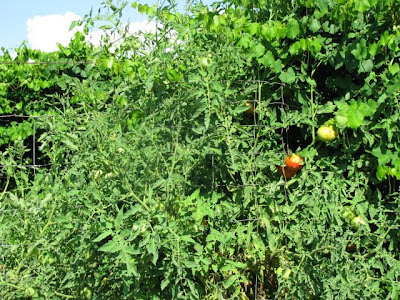 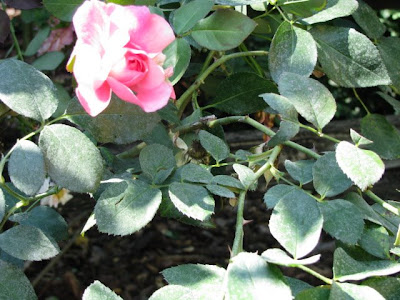 though the roses star even in the tomato rows... 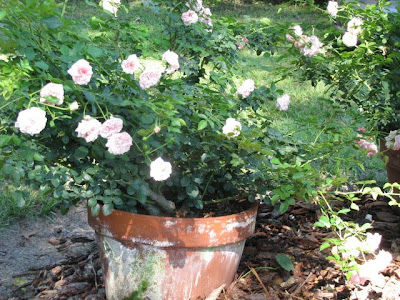 I'se plannin' to git back upo thar' next month cause' they have U-Pick'em days in August for grapes and berries.

Sure wish't ya'll could come along.
Posted by Aunty Belle at 6:27 AM


These are the rules:

Gawd were you having a problem with the first 3 commenters Aunty?

OK, but to our regular posts! I love this walk through a backroads off the map ... one of my most favorite things to do is "get lost" in the rural area of the PNW ... or anywhere actually.

Seven acres of roses? Be still Moi's heart. I have to visit, I just have to!

oh, i just luuuuuuuuuuuuuuuuv walking through places like that. i can think and dream about all the possibilities for my place. and then i go home .. and just leave my weeds and wilderness be.

got that right! looks like a great place to visit. i love northern florida interior. i bet they do have to work on that blackspot though.