Oh sure, ya'll already knows how the writer is the lowest paid "professional" in the cosmos. I reckon all ya'll would have self esteem enough to yell back at an editor: "Iffin' ya think I'll work fer a dollar a word, youse thinkin' wif' the wrong end!" When the 14 year-old editor snarls back how Harry Kerry is writin' fer only fiddy cent a word, you'd tell him to jam that fiddy cent piece up his nose, open the olfactory cave and smell the cawfee. As if we writers doan know that editors is DESPERATE fer content, or analysis, or if youse the editor of the New Yawk Times, pure fabrication.
Idiotors is addicted to satire, lies, detraction and slander. We got they number.

AN' I s'pose ya'll knows statistics show writers is party animals! (Doan believe it. Those big name writers at New Yawk glitterati parties is jes' props wif' scotch in they hands so the rest of us schmoes will have somethin' to believe in.)

Despite the paltry pay, the Defcon-five panic of deadlines, bein' driven to drink, snatching yore hair out til' yore nickname is "patches," bein' plagiarized but too poor to sue multi-million dollar publishers (the big boys knows that!) the writin' life has valuable perks!

Sure, we have compensation fer gulag hours. No, really, the writin' life is underrated.

We can "go to work" in our nightgowns. 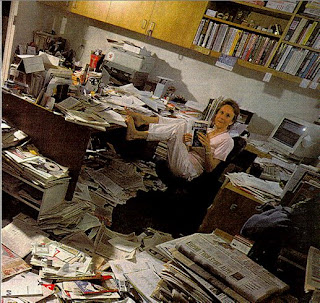 [nope, that ain't Aunty in that chair, thas' Ester, some woman brave enough to post her photo on the net. But ya'll gits the idea?]

Yep, writin' in nightgowns saves the dry cleaning budget. And the commute ain't bad-- down the hall from the bedroom to the door whar' they's a sign from the health department: "Contamination-Enter at own risk."

Heh, that's the gubmint fer ya'. How is they gonna pay all them inspectors three times yore lousy pittance iffin' they doan hand out citations fer month old peanut butter crusts and the mold in the bottom of a half dozen cawfee cups?

That Health inspector woan have no respect fer yore labor, an' doan even think ya' can schmooze him up some wif erudite mumblings about Conrad or Kerouac.
This hair-parted-in-the-middle-mouth-breather ain't even read Horton Hears a Who.

Yeah, we have amazin' perks.

When Myrtle calls to invite ya to her Tupperware Extravaganza, ya sweetly decline cause ya' have a rewrite to do.

Need a tax write off? (sure ya do--that's how ya make up fer yore fiddy cent a word job!) Every scrap of paper ya buy, every box of cheap pens, an--yep, every book, magazine and audio CD ya drags home fer research goes into the tax deduction category. Take that all you cheaters whose writin' off island vacations and three hour five scotch lunches. Jes' because we's writin' at home doan mean we can't keep up wif' the cheaters of fame. Full disclosure: when Aunty becomes a high paid wordsmith, I'se gonna write off a two week cookin' school in Tuscany as part of research fer my next BlockBuster. 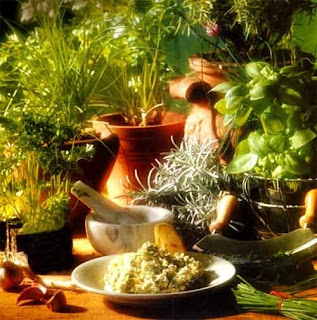 Jes' fair warnin to the rest of you tax slaves, I'se gonna relish those loopholes fer the weird and famous.

When ya' need a greasy despicable character wif mastadon breath -- use yore editor as a thinly disguised model! In this way ya' give vent to all that rage youse been savin' up fer him. He's gigged like the warty toad he is-- 'cause he cain't say nuthin' 'bout it wif'out admitin' he recognizes hisself--whoo-hoo!

When ya's nutty wif loss of sleep an' talks to ya'self in the grocery check out line, an ' neighbors thinks youse got a split personality, or goin' daffy ya' jes' wink and say "tryin' out a new character fer my newest novel."

Yep, writers can cover a multitude of personality disorders by pretendin' they's pretendin'.

When ya's feverish wif fear of editor breath and deadlines, agitated, and cain't sit in yore ergonomic chair one millisecond more ya can roam the bookstores late at night, see who else is feverish and freaked out. There's company in misery. 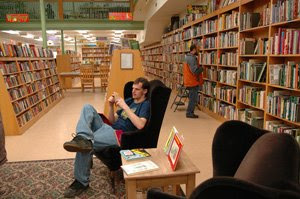 Jes' open to the first page of the top ten bestsellers and read the opening line. "Jehosaphat! She got a million dollar advance fer this pile of donkey dung?!?" Then ya look around an' see four other haids at four other bestseller tables shakin and sayin' "I coulda written better swill on my worst day! What editor paid for this hooch inspired verbiage?"

We'uns know the score. In eight months those same books will be on the fiddy cent pile of unsold remainders.

Ya' can live in fantasy land. Wish green cats could fly? Write sci-fi. 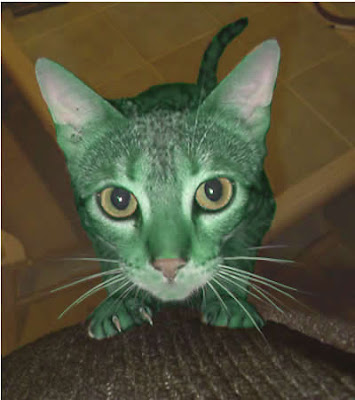 Iffin' ya git caught roamin in yore woods in yore starry red robe at 4pm, folks will jes' say,
"That's our eccentric artiste!" It gives a certain cache to the neighborhood. 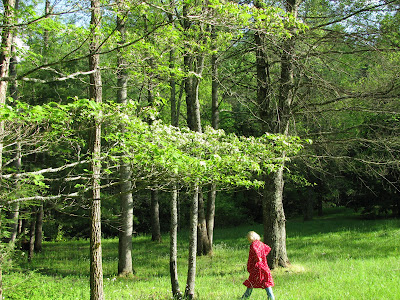 When ya git outa the starry robe an' into yore leetle black dress and sling back stilettos wif' a flute of Prosecco in yore manicured hand, ya' can talk high-toned trash like "narrative collage," "metafiction," "neo-modernist" an' "fabulation," and folks will swoon at yore erudition. 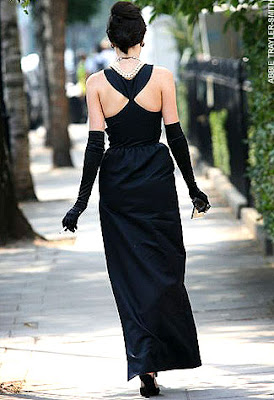 make up words, like "erudiction" and most will believe youse in possession of a
phenomenal vocabulary or an edoocated male amusment. Let 'em wonder.

Yep, the writin' life is way underrated. As one nimble minded writer once noted, "despite some appalling frustrations" writing is after all "the happiest life on earth." Yeah, well, that happy writer had a spread in Architectural Digest that featured her back yard tent where she went when writing piled up over her head.

On the other hand, this tent-dwellin' scribbler also wrote,

Where to begin with this? I can't. Because it's spot on. El perfecto in its description. And laugh out loud funny.

Now excuse me, I have a-25¢-a-word restaurant review deadline hanging over my head like the Sword of Damoclese.

But you can for damn sure bet I'm writing off this conversation . . .

I'd like to break into journalism. Tired of fixing computers. Good ol' Esther - with all those old newspapers around it is a good thing she ain't a smoker!!

This was fantastic. Seems to me I've read a "Writer's Life" type piece by Dean Koontz that was similar and good but not NEARLY as good. And, it seems to me, you could get THIS published if you dropped the little digs at muslibs!

i guess thats true then about the "pajamas media". loved esthers pic and can imagine you there...i feel the same way about the artists life although now i have no editors!!

"SparringK9: My Year on the Internet as a Dog

I fed myself and others for years off of technical writing, magazine articles and a non-fiction book.
I now limit myself to a whiney blog, and no longer dream of my name on spines.
That dream was the one bit of fiction I ever mastered.

i showed my hubbie the picture of esther in her office just so he knows that it could be worse.
a writer's pay is pitiful indeed. right up there with teacher's i think. and just very recently a friend of mine had a run-in with editor breath ... of the female kind.

anywho, since you are keeping yourself anonymous i appreciate your words with this blogging format.

That was hilarious though I have to confess I had to refer to the dictionary a few times to keep up. The pictures I understood though and like everyone else I loved Esther. I bet she could lay her hand on anything she needs to find too.

Phosgene Kid--hey hey! C'mon in, journalism is awful fer pay--but ya land a good one onc't in awhile. Yeah, Ester lives dangerously in mor'n one way.

Troll Man! Why Baby Doll, thanky fer yore praise----Dean Koontz? I akshully read his The Good Husband, an' have a copy of his Odd Thomas, but ain't read that yet.

SHE-pup, heh. That all ya wanna say? OK ok...git to writing the Year of the Dog on the Net. Lots of Dog titles, Moi an' me done read THREE DOG LIFE. An' I read Curious Incident of the Dog in the Night.

IAMNOT, really? No kiddin'? Why ya left it? Wif' all those great hassles and frustrations? Bet yore work was good stuff.

Foamy -Lady!! I'se touched that ya understand. Yore hubby liked Ester? She might have a blog--I'se gonna investigate. Found her in google images, she seemed so right.

Gypsy!! Hey Sugar Pie--you likes poor Ester too? We all laugh cause we KNOW her--we is her!

Ya'll, reckon why so many writers and artists is in this group of bloggers?

Ester Dyson? She is a real person folks:

"Hi, I'm Esther Dyson, a long-time catalyst of start-ups in information technology in the US and other markets, including Russia. Since selling my company, EDventure Holdings, to CNET Networks in 2004, I have taken on newer challenges in private aviation and space as well as in health care (as a director of 23andMe, a consumer genetics company). My IT investments have included Flickr and del.icio.us (both sold to Yahoo!), and Medstory (sold to Microsoft), as well as Meetup Inc., Eventful.com, Boxbe and Voxiva; I sit on the boards of the latter four companies. I'm is also an active investor in air and space, with holdings in Space Adventures and Zero-G Corporation, as well as XCOR Aerospace, Constellation Services International, Coastal Technologies Group, Dopplr.com, Airship Ventures and Icon Aircraft.'

Aunty, this was sooo good, I don't know where to even start...I would write, but I have so much reading to get done first...heh!