Last night on the front porch a group of folks was sittin' around jawin' about the Willie Dee's love life (see previous post). This heah is the umpteenth time he has had some sort of "hook-up."

Aunty doan go along wif' no hookin' up philosophy on account of it let's ya' sample stuff ya know ya' cain't (or oughtn't ) make a life wif'. Next thang ya knowed, yyouse not fit fer the good thang when it comes along. But I digress.

When the lightening bugs come out, who should walk up the steps but Willie his ownself. Reckon his ears were twitichin;.

"What ya'll doan git is that I cain't marry no woman what doan like my essence, only likes my looks. I tell ya', that Dierdre jes' wanted me fer fun and show--an' I'se mad as hell, I'se seein' 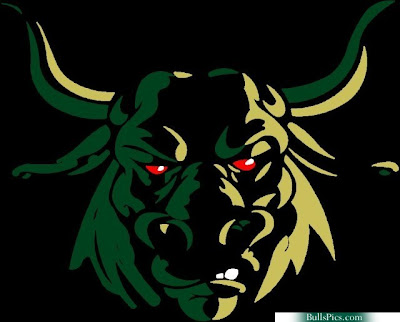 bull red over it still. I ain't sure thar's any woman out thar' what I could live wif.'

Now I ain't gonna tell ya'll what the men-folks said after Willie opened that discussion. What I can tell is that the wimmen all mentioned how sometimes the best deal was not to expect your whole wish list in one package. Better to figger out what was most important to ya' and decide to make the most of that.

But I got to thinkin' ...what do ya'll think is the non-negotiable in a marriage? What thang is ya not willing to do wifout? An' what ONE thang most makes ya' see red?
Posted by Aunty Belle at 7:47 AM

I'm sick and tired of all the effort it takes to try to get along with a woman. I've never suceeded for more than a few years and it always turns out badly.
I'm joining a cult that give me total domination and ownership of the women in my life. I want obedience, sex on demand and silence at all other times.

Now I just need to decide to go with one of those Texas cults or something more "middle-Eastern."

Well, Señor Iamnot, I have to agree with you: Most women are hassles. Probably because we are not as simple as men. To our detriment. Because it's tough to be us. We have never figured out who we are and what we want because we're raised with mixed messages. Take care of others. Your prince will come and save you. Life's a bowl of Hollywood covered cherries and a man will provide all that you need in life. Oh, and by the way? Self actualize will ya?

My first marriage was a nightmare because we were both trying to fit round pegs into square holes. Second time around, I purposely sought, and got: 1. A man who shares my essential philosophy of life/politics. 2. A man who is independent and who allows me to be as well. 3. Scrupulously honest. That's a toughie. We women say we want honesty. But when we get it, we cover our ears and hum. Not fair. 4. A generally good sex life – totally non-negotiable. Otherwise, I may as well go live with my brother. He's neater.

The one thing that makes me see red is the opposite of the above. All else I can deal with because the basics are covered. Although if someone could explain why, oh why, an engineer of S.B.'s caliber still can't figure out how to load a dishwasher, I'll be forever grateful.

without it, forget it.

(of course, shared values lead to trust and faith).

makes me see red? breaking the trust - repeatedly. i'm not talking about physical trust and faith (though it could be that too). and i concede we are all weak and flawed, so trust might be broken on a rare occassions - but every little crack makes the breech wider and wider until you just can't leap to the other side with anyone and there's just no trust left.

by the way moi - some of us have indeed figured out who we are and what we want - despite mixed messages - which i think we all get regardless of gender.

i wonder how tough it is to be the prince? shit - men have to be perfect too - and manly, dashing, resourceful all the time, always have the answer.

actually, i love men.they're pretty terrific - despite their major flaw - which is, of course, that they are men. ;)

Hearin' ya Presidenta MOI,--HONESTY, ain't got no use fer no lyin' sonofagun.