Note: BIG IDEA on Back Porch

"I dare say you haven't had much practice, said the Queen. "When I was your age. I always did it for half an hour a day. Why, sometimes I've believed as many a six impossible things before breakfast." 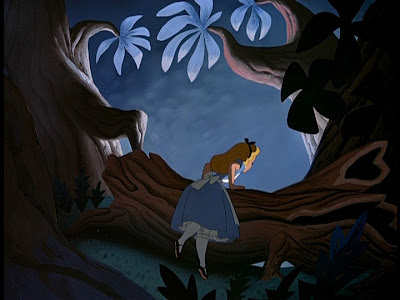 Reckon ya'll recognize that one. Yep, Alice in Wonderland. Her believer organ was under exercised.

Them lines was sent to me in card by a friend whose spouse is real real sickish---an' nobody much thought he would make it--but looky! He has!

Most touchin' is when he told her that if she believed the impossible, why, the least he could do was not to focus on her silliness, but on the message of her heart.

Focus on the message of her heart - how beautiful. That is the most touching thing I have read in ages and how wonderful that the impossible came true. Thanks for sharing Aunty.

Happy endings are great for all of our souls.

My mom once said to me, "Make a habit of hope. Then act it out." May not always work, but the alternative is most certainly guaranteed not to get you anywhere. I'm glad your friend made it through and thanks for sharing.