Guns, no Germs or Steel, Jes' Brits and Aussies 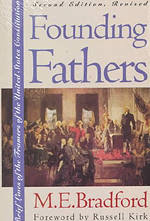 Uncle is in the woods. Last weekend of deer season.

Rowley Sr. (see three posts back) poked his haid in the kitchen door to as't me iffin' I'd seen that you tube by the NRA of gun confiscation.

He allowed as how I wuz the computer literate in this marriage I owed it to Uncle ter make sure he sees it.

He knows, I said.

"Well, git the word out to all yore contacts--this is an important message from the Aussies" he yelled as he dashed down the back steps .

I din't even git a chance ter tell him that most folks doan wanna hear nuthin' about gun laws, or threats against the Second Amendment.

An' I knows most of ya'll really ain't wantin' no discussion on gun rights....but in case one of ya does, as a Porch Public Service Announcement, the Brits and Aussie message to Americans on gun confiscation is

here
Posted by Aunty Belle at 8:39 AM

Every "democrat" save TWO voted in Favor of the grotesque "Columbine Prevention" gun confiscation bill. It failed by ONE vote.

Thank God Zell Miller and John Breaux are still in the Senate as the "democrat's" lone voices of....

Gub'ment wants to confiscate Moi's Smith and Wesson 38? Then it's going to have to ruin my manicure to do it. And then I'm really going to be pissed.

Troll-man, Yep--ole Zell been around the block ==knew a thang. or two

Moi--Sweet Pea, Aunty wants a gander of ya' in your stilettos wif' that
S &W 38!

She-pup, youse sayin' it true--they might let us keep the guns, but they paln to clamp down on ammo sales--thas' OKay--black markets is good fer somthin' onc't in awhile.

i personally don't really like guns all that much, but i'm also not against the owning of guns. i prefer them in responsible hands of course. but, don't we all.
..and, i have to admit, the few times i've shot guns i've enjoyed it..
sort of...

Being a New Yorker, I had a small heart attack when I was with my friend in Georgia and I saw guns being sold in Wal Mart. It was scary and unnerving...of course here in New York everyone just has illegal hand guns...sigh.