SO, YOU WANT TO BE A WRITER?

Seems that a few folks has mentioned wantin' ter write...ain't shure what all ya'll is thinkin' ter write ABOUT, but no matter iffin' it is fiction, fantasy, romance, sci-fi....


Here is somethin' to think on: this here is a blog com from a fella who is a "Slushpile" diver....yep, that species of writer who also moonlights as an editor's diver...that poor clod who wades through the unsolicited mass of writin' that arrives at every publishin' house every day. This is what he said:


"...most attempts at writing fiction suck because writing is a craft that few people, particularly those who vomit forth their half-baked stories and immediately send them out for publication, appreciate. After all, most people who encounter published fiction are seeing the final product, with the blood of the writer and the sweat of the editor washed off. Thus, the hard work--the three drafts that the writer painstakingly produced before he showed the editor, the two rewrites that the writer endured at the request of his editor, and the countless editorial and copyediting passes that the "final" text went through at the publishers--is invisible to the reader.

Most people have this romantic notion that writers isolate themselves, drinking endless amounts of coffee (or booze), thinking deep thoughts, and waiting for that muse to arrive. Once the muse sprinkles her magic on the writer, he just needs to start typing and then immediately send off his manuscript for inclusion on a bestseller list. The reality is that writing is hard work--every day. Writers of fiction must spend a great deal of time on things like creating plots, subplots, and character arcs, building a cast of three-dimensional characters, creating a world that is unique (or at least engaging), and then they must convey those things. Tone, voice, sentence structure, word choice, all of these things must be chosen intentionally, with great care--much like that of any other craftsman or artist.

The reality is that most people struck with the "romance" of writing see a book, say to themselves "If so-and-so can do it, so can I," throw out some words, and them send it off to a publisher, expecting publication and accolades and riches. That's why most slush pile entries read like a fourth grader's language arts project after that fourth grader watched The Lord of the Rings (while eating 7 bags of Sour Patch Kids). "

Ouch! Well, Okay.....s'true. mah point in copying this to mah post is to make a BIG note to aspirin' writers: BE PREPARED TO WRITE/WORK EVERY DAY.

Folks in the "artist" category --music, poetry, fiction, painting, even dance--sometimes we forgits the key term: "craft". Iffin' ya got talent, it is worthless unless ya train it, groom it, polish it....I'se amused by a former star Gator football cry-baby who now pouts he has to work hard in the Pros. LOL!! Yep, he done found out that before he jes' showed up wif' his talent, an now--EVRY'body on the field has plenty of raw talent and so the postions go to those who WORK at it.

One of mah favorite writers is Annie Dillard. She wrote a book on seein' (Pilgrim at Tinker Creek) and on writin' called The Writing Life.

" When you write, you lay out a line of words. The line of words is a miner's pick, a wood-carver's gouge, a surgeon's probe. You wield it, and it digs a path you follow. Soon, you find yourself deep in new territory. Is it dead end, or have you located the real subject? You will know tomorrow, or this time next year. " 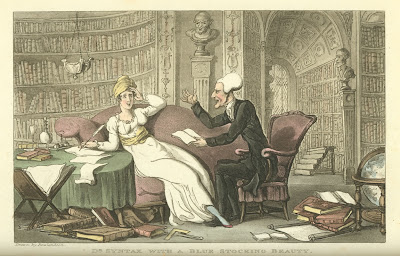 It is a manifesto fer writers of all stripes. Check her out here.

(Pied Piper/ Dracula discussion continues in the prior post fer any of ya'll that wants to add anythang there.)

Yeah? Well, what about "writers" who are nothing but plagerizers. Popular blogs are the targets for the lazy jerks who can't create squat.

er....yeah. even the stuff that makes it past the slush pile can be schlock even the best sellers. just a range by aunty and a quick hi.

I wouldn't mind being a writer.

I never used t'be able to type this fast, and, don't worry yer pretty lil head wonderin' just how "fast" that is.
Less than fourty words a minute, I reckon.
Fast fer me, but, slow fer a pro.

But, beyond that, the faster I type, the more mistakes I make.
I use word more often because it has some nice toys like spellcheck and what not.
More often than not, I gotta tell it t'be quiet and ignore what I do to the english language.
But, still....
I would like to be a writer.

I always think things that are out there, y'know?
I mean WAY out there.
But, it seems t'me that since the things I admire most in mankind (which, in my book, includes womenkind) is honor, helping others and conquering the bad guy in such a manner as to make them straighten out and fly right.
Maybe that's too exagerated....
But, I just want to help change things for the better and any means I use ain't as important as if the SPIRIT wants me to use that method.

But, fer likely sure....
I won't be publishing any books just any time soon.

bravo! well said ... and yes, even some of the so-called best-sellers seem poorly written, IMHO.

Hey Anon, I checked--yep, blog snatchers is afoot out there...

Boney-Man, yeah, write the right stuff from the right spirit...go fer it!! Git down hard with it, work at it....

Red LAdy, I'm hearin' that--lots of "bestsellers" is linin' fer the bird cage...but git Annie Dillard's Writing Life and see what ya think....I know ya' is serious, and Mayden is too.

I find your blog VERY interesting and have linked it to my sidebar under 'Interesting'...Love the background color too!!

morning, aunty.
i am not aspiring to be a writer whatsoever. but i do know that the drivel i write has usually been edited by myself pretty heavily to make it even sound halfway sort a decent. and i have much in draft because i can't get it to be readable. i remember working on my master's and the pains i took to turn in hopefully readable and well researched papers that made sense and that the prof's couldn't tear apart.
it was so hard i thought i would puke sometimes.
it took me over ten years after my master's to write anything again beyond what went on a check. and it was this blog that i started 2 years ago.

Welcome Ambre! Delighted ya' stopped by fer a visit and liked the Porch! Cool color, huh? I likes it too--ain't often ya sees it in cyber world. Thanks for the blogrollin'.

HEy Foamy !! No writin' life fer ya cause youse givin' your creativity to bein' an ARTIST!! But I does appreciate your bloggin'--costs less than those checks you write huh?

the mama's okay. thanks for inquiring.

I have a couple honest friends that are editors. They like what I write, but warn me not to try to make money writing.I am not a craftsman like so many of you. I've written articles for a couple podunk papers but only made any money once and I hated writing that article. I just wrote what people wanted to hear. I have never written anything so dead in my life. I write funny stuff so I don't cry. It allows me to be a better conversationalist, a smart alec (not always,but some people enjoy my humor), but mostly it lets me observe myself. Few people can do that. Fewer people ever change what matters. If you write you are a writer. If you write to compete, you will never be a writer because you can't write about who you are and that, I think is the only story there is. But that's just my opinion.