Culture of Resistance in America's Backroads 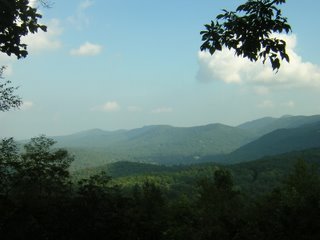 Howdy, ya'll. Uncle and me been roamin' about the backroads on the way to and from the mountains.

First thang is that we's takin' a trip in two ways--in time and through current backroad "culture of resistance". Resistance to modernism run amok, so as a body cain't hardly digest what they's seein'.

"I doan wanna follow this concrete hell no more Belle! Looky on the map an' figger whar' ter git out in some natural countryside--I cain't take the road rage!" said Uncle. So we stopped in a little town in backside o' east Georgia whar' they's a few thangs that remain of the time before we'uns got so dern weary of plasticized simulacra. 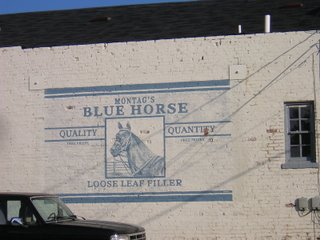 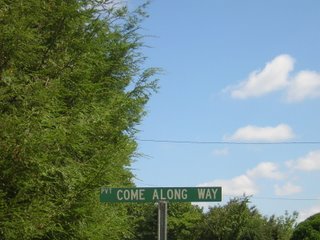 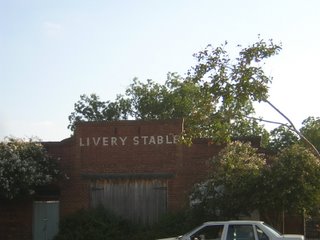 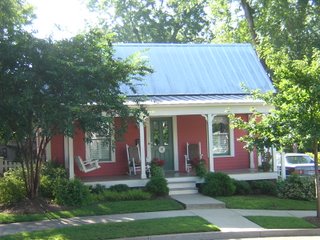 Round heah, we found folks was interested in modern convenience but not modern insanity...so they's a buildin' wif' an eye to a new/ old way of livin'.

They's makin' time fer the real thangs of life...'course the modern technology of wirelessness makes much of this new style liberation possible... Ev'rbody we talked wif' was enthusiastic: 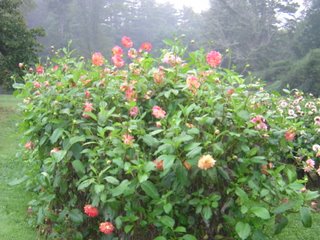 They live close enough to bigger cities, but they feel "more in control of life" in these outposts that are springin' up in little hamlets whar' one can enjoy growin' dallias or watchin' fer hummingbirds. 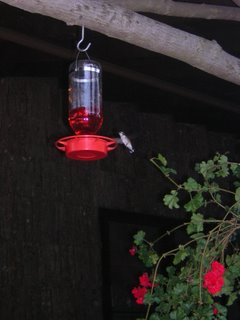 Natch'erly, this sorta life takes some gumption to arrange--ya'll, some folks tole' us they jes' up and left--yep--it's a "take this job and shove it..." sorta thang, and wonder of wonder, some bosses said, "Ok,OK! C'mon in ter the city office onc't a week, and work from out theah meanwhile iffin' ya wanna". An accountant who works from a computer desk overlookin' his creekside fishin' dock, goes city-side only on Thursday to meet cients. An architect who set up shop in an ole' mill whar' he and his springer spaniel welcome clients, whar' he can showcase his talents..and shure 'nuf, folks come ter him; his work bein' unique and much sought after.

But others had ter leave all behind an' start over--gutsy or last bid ter save sanity, but it worked! Why, some filled dreams and needs all at once--they saw a spot for upscale cuisine in a backwater charmer of 1200 souls and opened a four table bistro take-out; or they realised they could supply tony city restaurants wif' homegrown herbs and berries...and since life is less pricey they's finding it works out pretty fair. A single forty-something lady sold her city condo ter raise money fer a two acre patch wif a bungalow in a crossroad village 80 miles from her old job. Now she's researchin' marketing trends on a consultin' basis and "ain't missed a meal yet." See? mah point is I'se takin' note that a "culture of resistance" ia growin'.


Thang is some folks still thainks that country livin' is on an estate or primitive: 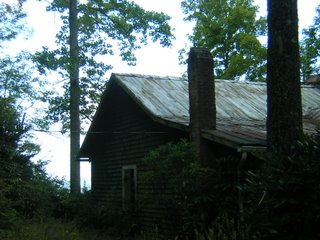 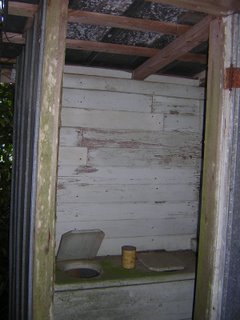 But it doan have ter be --a cottage in the country today can have satellite connections and baby goats too (fer makin' artisan cheeses and sellin' to the la-di-dahs.)


We meandered all around...met some hilarious critters (these here thangs will spit at'cha!!) 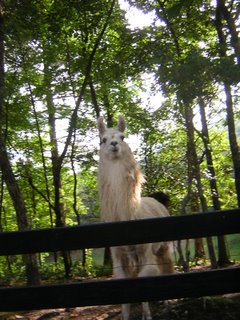 and wish't more of us'uns would "opt out" in some intelligent return ter the pace of yesteryear...

Mayhap a sunflower festival here and bluegrass hoe-down there is jes' what we need to restore some of what we seem ter have lost sight of these days. A space/place whar' folks really does know they neighbors, have a sense of connection to land...well, ya'll knows I'se a "Fugitive Agrarian" and doan it seema good chunk of the rest of the country seein' that too? I see we is changin'--I'se real hopeful too.

What would be our dream life--still workin' but in what environment? What sorta community? Whar' does ya wanna make a contribution, put down some roots? Seems ter Aunty Belle that the best of Southern Writers knew that a sense of place was the hidden key ter havin' some happiness take root. 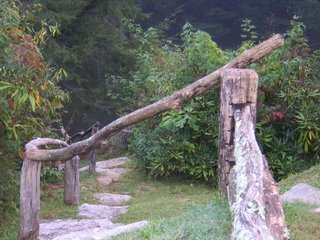 What would the culture look like in a generation if we could jes' find the courage to follow the path of our inner life an' see whar' it takes us?
Posted by Aunty Belle at 6:57 AM

Great photos! And, ya know... those folks with the outhouse would have been high up back in the day with a 2-holer instead of one :)

makes me wanna take a weekend in the country.

but makes me also look at the socio-economic trend - what it takes to pack up and get out...

Love the stairway.
Know 'bout llamas, though. Dang fool animals have a spit that'll travel several feet at ya when they's displeased.

I used t'mow fer a lady that had , not llamas, but some other critter that looked like 'em and zebras, too. They'de hang in the same huge field, though, not together.
That's the field I used t'mow fer Mozel Schaffer.

Then, she also had two tigers out back of her place.
Boris would put out a purr that would scare the dickens out'a any dawg we'de bring by. But, all he wanted was fer folks t'put their fingers in his cage and give him a scritch.
Only, gotta be careful.
Tigers is meat eaters, y'know.

She had him since he was a cub, and till her death, she could still go into his cage and be with him.
All 800 pounds of him.
She'de take three or four chickens from the market, beat 'em with a hammer (breaks the bones up some) give'em a few chops and feed ol' Boris like he was a baby.

aunty i left a valentine fer ya in mah yard. i got a picture of them haids of uncles up....and 'ol hee haw too.

cool pictures, especially liked the Come Along Way street sign. If only more streets were named as such, it would be so much more fun to give directions. :)

Yeah, Bird Beauty, thas' sorta what I wanna think on--what do it take ter pack up and make such a change? What are yore thoughts?

Boneman, ya' like them stairs? Funny, sometimes it looks like theys heade down, next, a path taking you upwards...would be a fine paintin' mayhap? --be shure to post it fer us!!

But Lawdy, sugar, what kind of lady were that who had zebras and tigers--mercy!! Imagine youse fearful each time ya' step foot in her back forty.

Onmywatch, howdy-do...yep, "come along way, but not "come a long way" as mah post suggests, but would be fun ter have streets named like that...Languishing Lane, and so firth...smile.

yeah, we have plenty a mountain view like that around here.
Not from my house, but all i have to do is drive a very few miles.
the photos are lovely.

I definitely could use a trip.

Schaumi, git up ter yore mountians as much as ya' can...restorative!

HEy Butterlfy chile'? How've you been...need a trip, why doan'cha paln a few days ter be at the beach or a lake nearby, or even to visit a cousin? Find a back road an' jes' wander along it till ya find sompin' ya like.

well, we're kinda considered a mountain/foothill county. driving around just about anyplace on a daily basis i come across great views of the mountains and i do savor those moments. of course, what I need to do more is savor them at leisure....
that's truly restorative.

thank you for taking me along on this trip...

Me Hubz' and I are kinda' fedup with the pollution over here...so we're thinkin' ov' moving up onto the mountains where the air is clean...It's not that far from the city but it's still quite an extra drive...we think it's worth it though...about next year..we'll do that next year...

Hey Belle! Finally made it over here - and what a wonderful post this is indeed. ... "modern convenience but not modern insanity" ... NOW, that is something to tape as a note on my PC!

THNX for this one. It feels really, really good.