To answer yore inquiries in the comment box:
Yes! Of course thar' wuz a cobbler, but NO, Uncle din't make it--he tends to snakes, I tend to cobblers. (see below iffin' ya' ain't seen this post yet) 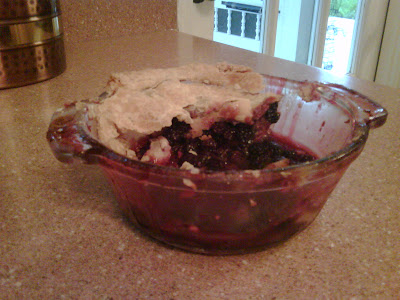 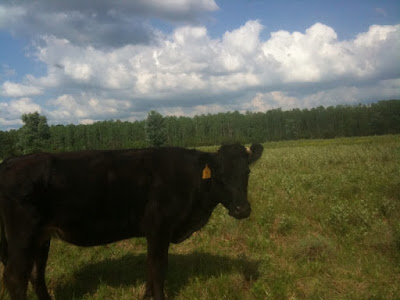 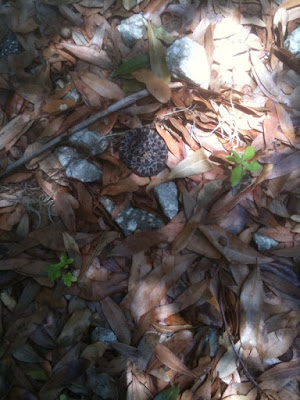 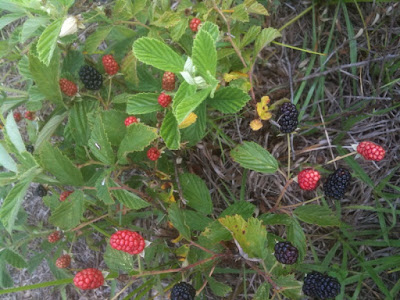 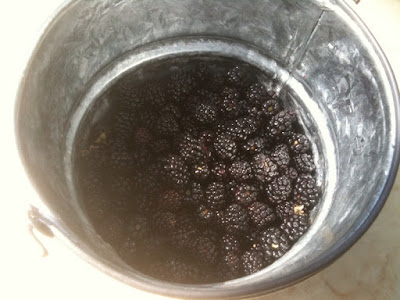 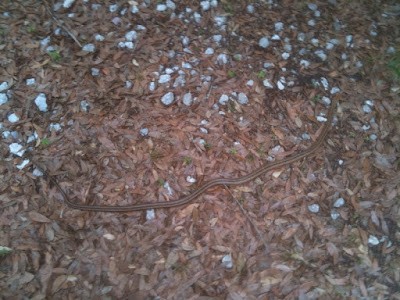 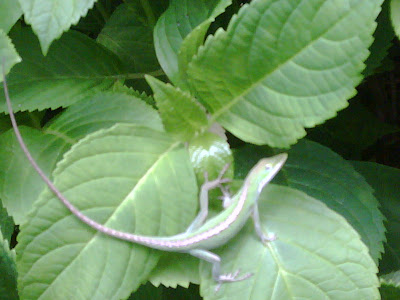 Labels: I cain't open the pic of a gator draggin' a hawg

That Uncle is a Southern Classic.
There should be a statue.

Yes, another victim sucked into the blackhole of blogging.

Welcome Sir, when are you going to get your own address?

Uncle the naturalist. I love these pics...all manner of amphibia and fat and fine berries. Life is good in unca and auntyville.

Snakes! Why did it have to be snakes?

I would have liked to see the gator picture. And the moonshine still. Bwahahahaha

Nice!
I suppose he will make the blackberry pie also?

er, I'm kinda OK with not seeing the gator and hog photo. :-)

mmmm, looks like it's about time for some fresh blackberry cobbler down yonder. did you come across the snake and lizard while picking those berries?

we get our blackberries in August and we have so many in my part of the world they are considered weeds. But I love 'em.

Heh...not yet, he ain't sucked in--Uncle jes' sends me phone pics from the huntin' camp and tells me, "heah's somethin' fer that blob of yores."

Chick9,
did ya see that pygmy rattler??? eeek! Them berries is sublime.

I'se workin' to make the mime thang work on mah phone--an ya see that pygmy rattler" ghaa! As fer the moonshinse still? hahahaha!

FC,
Now, is ya tryin' to git me riled up? Hurt mah feelins'? Ya KNOW *Aunty* made the pie/ cobbler. I earns mah keep.

Boxer Babe,
you bet'cha--blackberries. We'll have them through June. Yummy. But, uh snakes love 'em too.

Foamy,
uh-huh, the snakes is part of the pickin' experience. Eewwwww!

Did ya see mah blackberry cobbler?

Absolutely will not allow my other half to view the photos on this one!
They always tried to beat the black bears to the blackberries up in the Adirondacks, I have heard tales.
If'n he sees photos, a pie baking session will be in MY future, regardless of what I have to do to obtain blackberries!

Blackberries! You have blackberries already? These are uncle's pics? I'm CONFUSED!

Foamy,
why of course, Sugar Pie! C'mon down heah an git some.

Caroline,
Bears? mercy, I cain't say which gives me the willies the most--bears or gators or rattlers. Heah is the real truth--Uncle got them berries down on the huntin' place, BUT, I also has started mah own blackberry vines right ast home--hope it doan bring me bears! Best to yore berry lover. Heh.

PamOKC,
yes yes! Ain't it grand? we has blackberries alreasy--will last through June after which it will be jes' too hot.

Yes, these is Uncle's pics that he sent me via his phone while he wuz out thar' huntin' berries in between tryin' to clean up his li'l place. I then uploaded the photos to the blog. But it ain't Uncle messin' around on mah blog--I assure ya' he would have no clue how to post a blog.

I shure wish all y'all could be sittin' down to some cobbler wif' us.

I've always believed one of the secrets to stress free companionship with another human being is careful division of labor. Although I am the one who, in addition to perfecting cobbler and biscuits, is permanently on snake duty. They give S.B. the true blue willies, and after tearfully watching him shoot and kill two of them early on in our relationship, I banned him from the task and now handle them myself.

Moi,
ah, now I see why ya think Eve was framed.

Sorry Aunty,
I see that beautiful DEEP dish cobbler and am sufficiently awed.

Hmm, I've never had snake cobbler. Does it taste just like chicken?

Yes, now I see the cobbler! Can you post your recipe?

FC,
hrumph! I'se still miffed wif' ya' fer that hurtful thang ya said--as if Uncle could being to think how to make a cobbler. But...thanky fer the compliment.

Karl,
heh. You know it--doan ever'thang wild tase jess' like chicken? I ain't kiddin' to tell ya' that thar's a Thai restaurant in town whar' Cracker fella went fer dinner one night. Next day he swore to all who'd listen that them Thai folks served a dish purported to be chicken but when he questioned them about the meat they said it be "dark meat chicken". "Uh -huh," say Cracker Man, " I reckon I knows squirrel when I eats it."

Boxer-Babe,
ruh-roh, now ya got me--I jes' threw that cobbler together --no measurements. Here's a guesstimate:

put them berries in their sugar syrup into a deep dish just big enough to hold them.

grate 1/8th teaspoon orange zest into the berries and mix

Stir 4 tablespoons of cornstarch into 1/4 cup water, add 1 tsp vanilla an' pour that all into berries through a strainer, stir well. ( ya' can use tapioca instead of cornstarch if youse fancy enough to have it on hand)

Cut a round from the dough that will fit over the dish with a 1 inch margin, but doan place it on dish yet.

Cut squares/ chunks from the remaining dough--about 6-8 of them--an' sink them dough nuggets in the berries. (yes, raw dough sunk in the berries)

Then top the dish with the round of dough, an' crimp them edges real purty-like.

Use a pastry brush an' brush the top of the crust wif cream (half and half is fine) an' sprinkle some sugar over it --not too much. make 3-4 knife slits in the crust so the steam can escape.

Bake in oven 45 minutes-- but check--take it out when crust is golden an some of the oozy blackberry stuff bubbles out through them slits.

Now, iffin' ya have yore heart set on a more rustic version, doan make no pie dough, jes' use a sweetened biscuit dough that ya drop by spoonfuls over the top of the berries.


Our berries was tart--if yores is sweet, then ya can reduce sugar by a few spoons.