NOTE: let's talk about EGYPT on the Back Porch 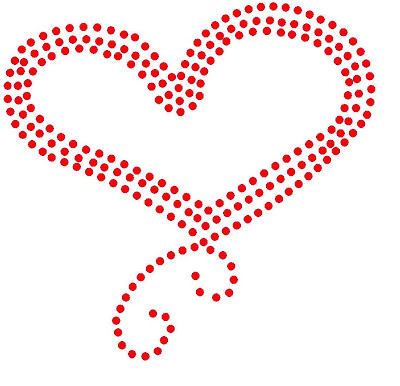 An Aunty wif' limited time must be resourceful. Apologies to those offended by mah pinchin' ways.

Best valentine's I have filched from the net so far:


Or, at least it is a start--I'se still gigglin' over "I wanna verb yore noun" 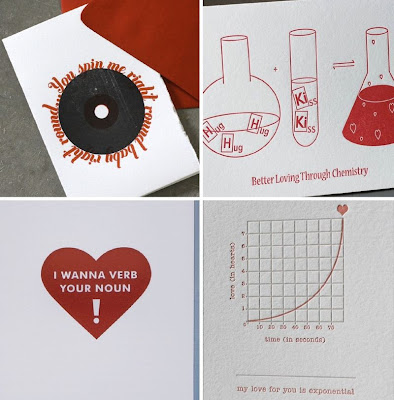 These are found at City Sage and there are more!!

What inter -Valentine? have y'all found?

AND, guess what??? I has had the great fun of participatin' over at MY FRENCH COUNTRY HOME's anniversary give away--whar' our own Chickory offered her French Hen-- an LOOKY looky! I won a fantastic prize: 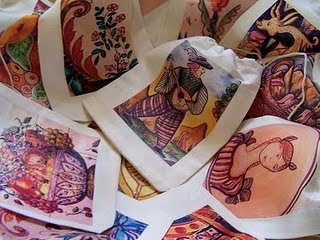 These majolica style painted mini-bags is from Gina's Cermics--an incredible soul who done took herself off to Italy to learn how to paint majolica--an she lives in a Palladian villa in the middle of an alfalfa field--I know, but, it works.
Check her out here.

Thanks Gina an' Sharon!

these are good. now that "you spin me round baby round right now..." song stuck in my head. gah!

Heh--looky, Chick9, iffin' ya tell me how to find yore love bug valentine online I'se gonna post it over at City Sage--hep me!!

"Iffin' ya' do that one more time, I'se gonna verb yore noun!"

Grrherhahahahahahaha! I liked those. Marilyn Manson does a bizarro-world zombie-on-meth version of "You Spin Me, Right Round" that's pretty cool.

@troll: i heard that when i did the undercover photo safari at the MM concert. it was an improvement, i have to say. just as long as you werent in a mosh pit to experience it.

aunty, you cant verb a noun without dinner and a movie first!

Nice to see you're able to post something on the lighter side. Hope all is going well.

These made me smile, even though I have a personal problem with Valentine’s Day. It tends to complicate my birthday plans as much or more than typical February weather hereabouts does. However, I am a wee bit hopeful. Managed to secure dinner reservations for next Fri. and Sat. for weekend getaway to Columbus with bff Cindie. Now, if the weather forecast holds, and nobody lands in the hospital . . .

Those majolica-style bags are beautiful! I collect Wedgwood majolica plates in the sunflower pattern. Yes, it steals from the shoe fund, but it is so, so pretty.

I like the better loving through chemistry... I usually say "better LIVING" but this is sweeter. And probably healthier

Ya! You won a fabulous prize. xoxo

Aunty,
Great grabs and congrats on bagging a prize too!