New saints on ALL Saints? 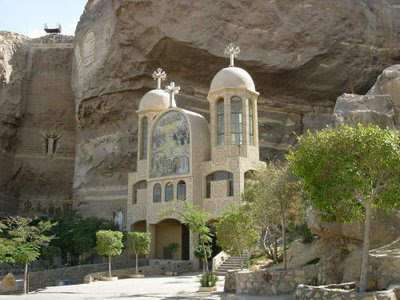 Iraqis killed over 50 people in an Iraqi Catholic Church in Baghdad over the weekend.

"In a statement posted on a Web site operated by militants late on Sunday, the Islamic State of Iraq took responsibility for the attack, calling the church “ the dirty den of idolatry.” The posting said its actions had been prompted in part by the behavior of the Coptic Church in Egypt, which it accused of detaining two women who converted to Islam. It added that the fuse of a campaign against Iraqi Christians had been lit." Read more here from NY Times
Posted by Aunty Belle at 8:05 AM

I will never understand religous conflict.
I understand conflict over resources, territory, and systems of government, but warfare over religion baffles me.

It's about as sensible as warfare over favorite colors.

How do you deal with people that think it's ok to kill because of a belief that you have? I hope there's no retaliation against mosques here in the US.

FC - Green is my favorite color too...I must kill you.

FC!
ah...youse too reasonable, of course. Oddly, green is Aunty's favorite color, too.

we's got us a green club goin'!

Retaliation against mosques in US? little worry on that score. The real point is that this tragedy will not bring the attention it should because of fear of offending Muslims. Did ya hear that in the US the largest Iraqi Christian population is in Detroit? An' Detroit is also the city wif' the largest Arabic speaking Muslim population? But somehow they live side by side? Is that the effect of USA-ization? or is it that Iraqi Muslims have a particular hatred toward fellow Iraqis that are not Muslim?

There are no limits on grief.

I reckon I will say a special prayer to Saint James the Greater.

My favorite color is purple. Put them together and we make a . . . bruise.

It is baffling and makes no sense at all. Yet, throughout history people have died in the name of God. It stems from the belief, if God is on your side you can do no wrong. An absurd way of thinking. What's wrong is wrong, it doesn't matter what religion you are.

I'm partial to black and blue. Do we have a nasty bruise going here or what.