SEE BACK PORCH FOR FORT KNOX OF FOOD

An why is this? 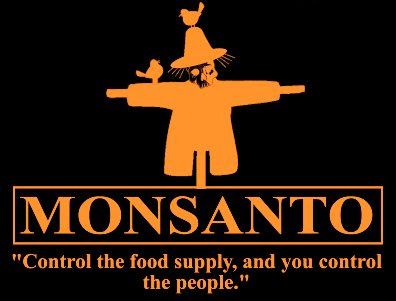 "The American nursery trade is a 39.6 billion dollar a year industry. With the purchase of Seminis in January of 2005, Monsanto is now estimated to control between 85 and 90 percent of the U.S. nursery market. This includes the pesticide, herbicide and fertilizer markets. By merging with or buying up the competition, dominating genetic technology, and lobbying the government to make saving seeds illegale, this monolith has positioned itself as the largest player in the gardening game."

"Monsanto holds over eleven thousand U.S. seed patents. When Americans buy garden seed and supplies, most of the time they are buying from Monsanto, regardless of who the retailer is."

"Before it was acquired by Monsanto, Seminis eliminated 2,000 varieties of seeds from its inventory."


"Seed biodiversity will be compromised globally [as the old varieties are not propogated and, therefore, lost] while the corporate stranglehold tightens . . ."

It is an act of wisdom to save the old fashioned, open pollinating seeds. An act of patriotism. Can I persuade anybody to try a few pots of old fashioned flowers too?

I have Seedsavers "Grandpa Ott's" heirloom morning glories all over the place, I planted them once several years ago and it was all it took.
Also have some bearded iris that are an heirloom in more ways than one. My grandmother-in-law planted the originals in the Lake Champlain valley in NY in 1917, shortly after her marriage. They are a variety that has been in commercial cultivation since 1844. I have them in SD, my two daughters grow them in MN and I have passed some on to friends. They are prolific, tough as nails, and they smell good, something that seems to be the first thing to be bred out of the hybrids.

Bakers Creek and Pinetree Gardens also have a good selection of seeds. :)

You do truly scare me with posts like this. I have no doubt you are correct. I've long held that the food supply is the reason for the obesity problems in the U.S. ... having just been in France and tried to observe the "french paradox" as to why the French aren't fat ... well they eat FRESH. Every restaurant is very local. I think that is as much to do with it as anything. Ack, one day we will probably be eating grass pellets and calling it dinner.

having a food garden is pretty much my full time job now. i have 12 heirloom tomatoes still producing through this incredible heat and humidity; some heirloom squashes that burned out; beans from italy; and lots of organic flowers. i know for sure my cosmos arent terminators. but this is no joke, just another strategy in strip mining all of humanity and our life sustaining resources for private profit. we rolled over time and again signaling our acceptance of tyranny so expect more.


im buying in on a share of brasstown beef and ordered an organic grassfed turkey for 2011. why 2011? im on a waiting list. very telling, isnt it?


getting ready to till up the garden to plant:

Pam, oh yes, I always lose weight in
Europe-iI does think it is lack of additives
And the fresh ( not irridated, ozoned, floridated
Chlorinated , artificially colored GMO food)!!

Chicory...heh, beets for V? Does ya know they
Make beet sorbetto in Italy?? Heee heee.

But yep, growin' food that ain't frankenfood
Is a grand job--and wow, 2011 fer a turkey?

I bought my BIL all of his seeds from Heirloomseeds.com last year for his Christmas present and you can tell by looking at his garden which ones they are.

I have an urban house and container pots just don't have the "magic" (or ability) to really produce anything worth trying to save/eat. Sadly, in the PNW we're just known for apples. Oh, and rain.

I can't grow much here at the house, but luckily, my neighbors can :o) And S.B. has started to hunt. He and a buddy drew up one of the most coveted elk permits for three weeks from now, so I expect to Bubba Gump myself through a library's worth of elk recipes for the next 12 months or so.

We let some of the turnips we planted last year go to seed and that's what we used when we planted this year.

Did you see that little blip on the news this week about America's little girls showing signs of pre-mature puberty as young as age 7? Yep, they are getting funding to study this "phenomenon". If you ask me they can save a bunch of money, just look at the food sources chock full of hormones.

Very interesting this "phenomenon" isn't happening in other countries.
Alas the funding won't be for cause and effect research ... nope it's to determine the ethnic/cultural ratios.

Worse still, since we are a debtor nation , we probably borrowed the money from China for the study.

Thanks for the links!!