Uncle banged in the back door, rushin' in wif' wet shoes from the garden.

"Hey! Listen, I have a ballistic idea fer makin' zillions of dollars!"

I'se peelin' carrots, an the thought that iffin' we has zillions of dollars, that I might never git to peel carrots again put a hitch in mah heart. 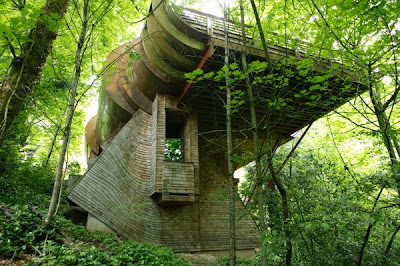 "I mean it, Belle. This' ll be a gold mine. Since I got this here Pocket Phone, people is pesterin' me about which apps I use.

"Un-huh, all them fancy add ons that let's ya check the monsoons in Moravia."

Me: "They doan have monsoons in Moravia."

"Doan git all hung up ont he small stuff when I'se talkin' BIG stuff. Folks pay real money to git these Apps on they phones. A buck a pop. Git it? A buck a pop!! Think how many smart phones is out there. Why Champ Sidder had his boy down to the ranch last week. That 9 year old kid had a bright yaller smart phone. A kid wif' a computer phone. Ain't no wonder that the world...but it makes mah point. Champ Jr. had downloaded a dozen games, each one of 'em a buck. An Champ showed me how he follows his commodities wif' some kinda App. Hoo-Whee! all we gotta do is come up wif some juicy App, an all of America will be dumpin' dollars in our pork pens."

ME: "Aloysius, I doan know how we would think up some app that ain't already been thunk up by all these Twitters."

He waved his hand in the air, brushin' the twitters away. "Then jes's put 'twit' in front of the App name. So ya' can have TwitterChef,TwitStocks an' TwitterBeau, TwitterHo...whatever."

Me: " They already have a kind of twitterstock, called Tip'd. Thas' whar' ya git stock insider info from 407,000 out of work brokers, or learn how to be hip while they foreclose on yore vacation treehouse or that off- the- grid solar floatin' bungalow." 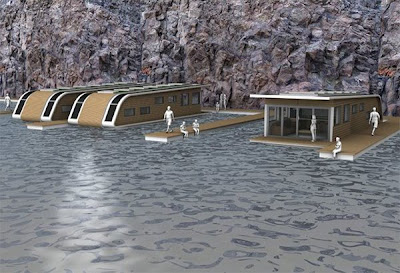 He shifted to his one hip stance, cocked is haid over and said, "Ya' know, a WIFE is supposed to hep raise up her mate's brainchile. Doan dump garbage on my idea. All I need is one good app idea an' we's rollin'! "

Me: "Well mebbe youse gonna git an idea from the legions of other app-ers. They have they own social media, figgerin' out jes how to make a blog or an app or some other social media craze.
But doan try no Pork Rinds thang, Aloysius. Thar's already a site fer why Bacon is the answer to everthang thatg ails ya'.

Uncle was jabbin at the keys on his phone. "hmn..." is all he said.

At dinner time he proudly announced that he had 62 hits on his Facebook query about app designs. There ain't no slowin' doan a fella on fire wif an idea.

Is all y'all a Twitter, a Digger, Facebooker or a Stumbleon-er? How do ya keep all that stuff straight??

Too. Much. Information. Gah, what did we do before it all turned so technologically whiz-bang? TALK to people face-to-face? Imagine that.

That being said, this is one of the funniest things I've read in a long time. You're on a roll, Aunty!

Can I borry Uncle fer a spell? Duller's pretty dawgawn borin' an' gives me nuttin' to scribe. 8-}

Facebook for me. Used to do Myspace ...still have it but don't use it much any more. I can't take on twitter. One more thing that would take up every minute of my day! But the blog is way fun and helps get words out of my head.

BTW, just did some research on someone who sort of had your style of writing using the story-telling in dialect aspect to describe a situation for the reader ... the dialect being very important ala Robert Burns, etc ... and it is driving me crazy because I can't think of the word for it now!!!

Moi, Cherie,
yep TMI an' no Real Presence, if ya gits mah meanin'. Glad ya got a chuckle.

Please lemme know when ya find that word, since I need to know it!

Sounds like Uncle is doing a right fine imitation as a downhilling boulder.
Whoooooeeeee!,
I likes a man who is always a figuring the next great thing stead of talking on and on bout what's long gone and over.

I spect Uncle knows this, but these new fangled bidnesses is jus like the old ones ... go with what you know!

What exactly does Uncle and them other boys do down to that camp? Hunt? Fish? Track? Wrassle gators? Mooonshine? BBQ sauce? Mebbe some special skill Uncle is sage about is worth a dollar download to them other hunters what don't have Uncle's know hows?

Where is that tree house Belle?

I like Moi and Fishy's advice. As to your question, HELL NO on All-of-the-Above. I just dumped a broad with a 120K Mercedes cause she "twittered" in my presence.

I don't even want to know anymore about ME much less the general public. AND, I'm about ready to dump facebook because I've been "found" by too many relatives and "friends" I was happily avoiding in the REAL WORLD.

Tell Uncle I said to never share his dreams with someone who won't help them come true.
You should be ashamed of yourself, crushing the poor man with reality!

Twittering...I joined to see what it's about. I don't get it. I've got 20 followers I've never heard of and I never twitted(?) anything for them to follow.

Reminds me of a joke a sweet Jewish girl I used to date told me.
"How do you know if a Jewish American Princess is having an orgasm? She drops her magazine and tells her mother she'll call her back."

I suppose now you can just follow her twitter. That way you'll know and all her peeps will know too! (In context of that joke, following her twitter seems a bit obscene.)

i just came in for a drink of water. hi-larious! uh, i dont do any of them and i dont plan to. i think the name is right *twit* er.

looks like ive gone backwards -or is it forwards - i am all analog all the time. heck my tools arent even motorized.

another great story. you really are on a roll. i love uncle tales the best.

Oh, I fergot to say I doan twit or dig or face nor any of that and....I don't download nuthin requiring a credit card.


Anon-- no idea--the grea northwest I think--it were jes' a photo I pinched.


Troll,
did she let ya drive that beauty?
No twitterin' fer ya,huh?


Boxer Babe--
oh yep--I imagine that folks ya doan want to find ya do--oh no!!

youse got twenty twitter folks?? YA must be natcherly scintillatin'.

Pup, happy ya likes the yarn....uh-huh, Twit is the perfect name--yeesh!

youse right on--keep off the grid!

Okay, so maybe there isn't a word for it, but there should be. Let's invent one and get rich, ha. The person I had been researching is "Alexander Posey", a turn-of-the-last-century Creek Indian and subject of a recent art project where I work. Here's an excerpt of some of the research I found.

is favorite poet, though, was the Scottish writer Robert Burns, who was famous for writing in the Scottish dialect. It was this influence that would be seen in Posey's own dialectical works later on. Literature written in the form of dialect was extremely popular at the beginning of the twentieth century, although Posey himself could not stand writers who wrote in dialects simply because it was popular. The Houghton Mifflin College Division Web Site quoted Posey as having said, "Those cigar store Indian dialect stories … will fool no one who has lived 'six months in the precinct.' Like the wooden aborigine, they are the product of a white man's factory, and bear no resemblance to the real article." Posey was raised listening to and reading stories told in a myriad of dialects, and the sounds rang true to his ears. According to the Houghton Mifflin College Division website, "Posey's father liked to tell stories in black dialect … Posey read the dialect literatures of poet James Whitcomb Riley and Paul Laurence Dunbar and dialect humorists such as Josh Billings and Max Adler. But he was doing far more than simply catering to U.S. national taste. He switched from poetry to dialect writing as he became more politically active, and his dialect writings represent Creek life more effectively than does his poetry." The characters in Posey's poems speak Creek-English, and his dialectical writings represent the richness of the Creek oral culture. Posey wanted to write in English, so that they could be read by a wider audience, including his English-speaking classmates, but he was not impressed with the way Creek writings sounded translated into English. Posey felt that English expressed the more Creek-based rhythms that he was trying to create, so he tried to replicate in his English poetry the rhythms and tempos of the more mellifluous Creek language. He found that by using a Creek dialect, he could combine the two languages and their rhythms in a new, interesting, and satisfying way.

Wow--Pamokc. that is very interestin'.

I'se read Whitcomb Riley, but never knowed of Posey--gotta check him out. AN' yep--let's git us a word fer dialectical literature.

Ha! Too funny Aunty. I heard on the Kim Komando's techy radio show that the first twitter from space is going to happen on an upcoming shuttle flight.
I signed up for stumblewhatever as a way of increasing PF's readership, but I haven't used it myself and as for twitter. I can't imagine using such a time sucking app.
I disabled any Instant Messaging on my site long ago as it was a constant interruption. Being raised right in the south, if someone popped up, I felt I had to respond or I was being rude.
Plain ol' texting is addictive and time consuming enough with just a handful of kids and a few friends... why would I want to twit away my time with strangers.

Oh, and ditto the others, you really are on a roll my dear.