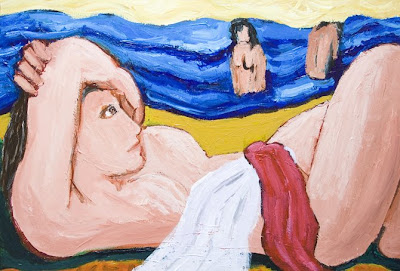 "It is a known fact that curvaceous women live longer and that men find them more attractive but the new research suggests that they are also cleverer and give birth to brainier children."

Take a look at this (Said mah email buddy)

Curvier women may not be able to wear designers' sample sizes, but they have a leg up in the IQ department, according to a new study. The study, conducted by William Lassek of the University of Pittsburgh and Steven Gaulin of the University of California at Santa Barbara, reveals that a lower waist-to-hip ratio (larger hips) correlates to higher test scores for both a woman and her child. 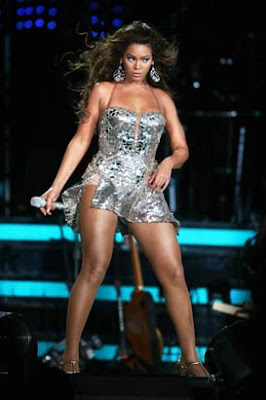 Hollywood may be full of superskinny stars, but check out which ones have beaten the curve with their hourglass figures.

Then there's the question of the difference in male and female brains--all babies in utero start with female brains, but you fellas get a testosterone cyclone at about 8 weeks. That cyclone thrashes the communication center, the empathy element and supplants them with sex and aggression..which might explain the 20, 000 words a woman utters evr'y day while men trim it down to 7000 plus assorted "grunts" said the first blogger. 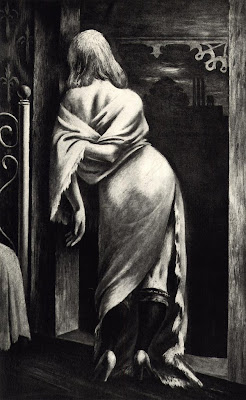 Okay ya'll...this here is why I'se glad Uncle ain't learnt much 'bout computer science at the Senior Center..no tellin' what sort of stuff he might find to explain the way the world works.
Posted by Aunty Belle at 8:23 AM

works for me..
although the doc did say i needed to loose 10 pounds for health reasons..

But nobody was testing cholesterol back then, either.

I agree with you.

Yep, Iamnot, it sets one ter thinkin' doan it?

I has heered that boys git they intelligence from mama, girls git it from both parents. So iffin' youse a bright fella, thank yore mama.

AB, well, Chile' I wish't they'd make up they minds on the cholesterol thang--skiniest woman I know works out like a demon--her calves ain't at big as her knee bone, but her cholesterol is over 300 lessen the doc keep her on meds--go figger.

I'se seen news that in Italy, the Milan fashion shows have prohibited models who's too thin--too many anorexic teens. So they put up a billboard wif ' a rounder model --

Then there is Rubens. Mebbe he knew a thang or two.

Well that just makes me proud about my curves!

. . .all babies in utero start with female brains . . . which might explain the 20,000 words a woman utters evr'y day while men trim it down to 7000 plus assorted "grunts" said the first blogger.

Gah, I loves me some science. Especially when it justifies my quirks. I am going to S.B. with this information RIGHT NOW.

Aunty, I spect you are one curvaceous belle!

The curviest of women are always the sexiest - look at Sophia Loren. She attributed her figure to her "Spaghetti Nights" where she would dive into big bowlfuls of saucy pasta.

Trolls only say about 50 words per day. New Troll Poll needs your input!