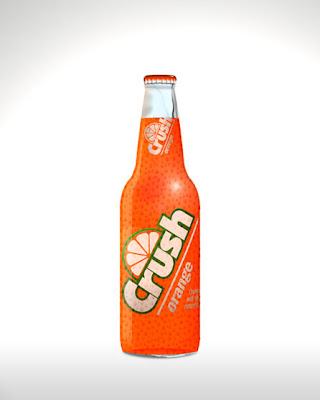 Ya' know what? I had all these stories saved up fer after Lent, then dang it, now
I cain't recall half of 'em.

But thar's one that is family lore, so it ain't never forgotten. Even better, it is a tale on Uncle.

Well, to begin the story proper like, I need to remind ya'll that we's cracker folks, so ya know that means we hitches up early. But it ain't as easy as it sounds, cause cracker lassies often have the most terrifyin' Daddies. I shore did. (do--he bein' a lively kicker even to this day)

What this means is that when Uncle started hangin' round on the front porch ( of Daddy's house--not mine and Uncle's) I was not allowed to be wif' no boys unchaperoned.

Daddy hadn't seen that I was not still his little girl baby.
Heck, I was a growed woman of fifteen, 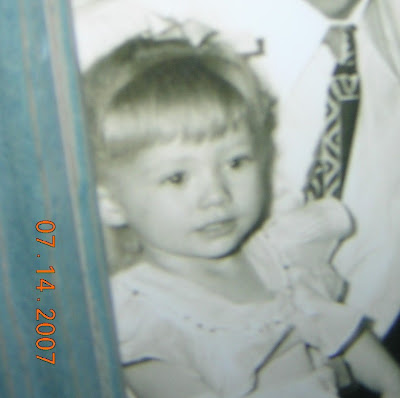 but my Daddy (pronounced "Deddy") said he "wasn't studyin' no hard tail hangin' round hongry." Natcherly, I though he meant fer hongry fer cornbread.

Reckon Mama felt a mite sorry fer us, so she made it her bidness to provide decent chaperonin' when she could. Sometimes that took the form of sendin' her babiest child out on the porch wif' us jes' to insure some proper comportment. As the big sister, I did have my duties.

Well, ya'll, it is a testament to Uncle that he put up wif this arrangement fer a year. The way thangs stood was that Uncle wern't easy to scare off like all the others. Let' jes' say that seventeen year old Uncle and my Daddy took each other's measure and had a fragile truce rigged up.


Fact is, my Daddy was right. Uncle worriet me some. The way we got started in the first dern place is that the life guard at the pool whar' I took my younger siblin's tole Uncle that I was "Ice on snow" so don't Uncle waste no effort. He wasted plenty. After a summer of that drill Uncle tossed his manners and showed up on the porch without any invitation at all.

Worse, he lit a cigarette.

Soon as I recovered from the shock of it, I primly hissed at him,
"I doesn't visit wif' no boys who smoke!"

To this day I doan know why I did not head straight over to the convent right that minute.

When I found my breath again I demanded, Why did you come heah?

"To see what sort of romance we's gonna have."

ROMANCE?? I squealed. I doan even know ya'! Besides, youse misunderstandin' thangs.

I jammed my fists on my hips and glared at him. I cain't have no RO-mance. I'se goin' to be a nun! 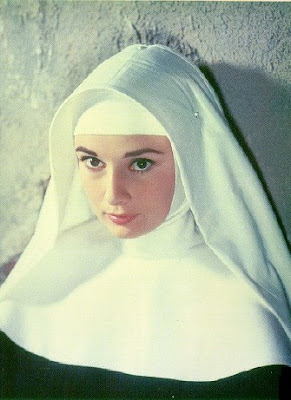 Uncle's eyelids lowered to a squint. He took his time lookin'. Then a slow grin edged over his face. He shook his haid side to side.

Then he whispered real low, "I doan think so, Darlin'."


Stop cackling, ya'll. I am here to tell ya', Uncle may have won that round, but he has done penance for it ever day since.

Now the only reason I'se givin' ya so much lead up is so you'll see the danger thas' comin'.

A year later I turned sixteen and Daddy finally declared that I could go on a date. But, my curfew was 11 pm. Now in Hogtown Creek the fellas took their dates home more around midnight, then they all hung out at the local pub whar' no police came to check I.D.s So ya can see this presented Uncle wif' a problem. I had to be home at 11, and I had to go to bed. Whar' was Uncle goin' to cool his heels waitin' until the other fellas could git their girls home?

It jes' is the nature of the world that night owls marry up wif early risers. Daddy was a travelin' man Monday to Friday, so he wore out early an' was in bed by 9 most nights. But Mama din't git to bed afore the moon was headed down again.

Ya'll see whar' this is headed?

"Ariana, does ya' have anything to drink?" I heered Uncle ask Mama one night after we came in, an' I headed up the stairs to my bed. Daddy was sawin' lumber.

"Why shore, Honey, we have A& W Root Beer and some Orange Crush in the icebox," she replied.

I was bushin' my teeth so I din't hear which he took.

Next week, Mama suggested Uncle watch Johnny Carson wif her while he had some refreshment. I was sent to bed. The little ones was all tucked in, Daddy's room was dark.
I heard the ice rattle downstairs.

Uncle and me had danced so hard that night,

that I was tired, but did wonder how Mama could be so perky late at night, her being so old --thirty-five--an' chasin' young'uns all day. Mama was old but Daddy thought she was a pretty thang --that long auburn hair an' green eyes.

I dozed a bit I reckon, but then I heered Uncle ask Mama if she had anything harder? I crept back down the stairs to listen.

Uncle asked her if there was any vodka. She said to look around. He found it I guess, cause he said, "Lemme fix ya' somethin' too."

Mama declined, sayin' the smell alone put her off. Her Pappy spent too much time around a still, an' she done swore off spirits, she said.

Well, as ya'll seen above, when Uncle gits it into his haid about somethin', he is hard to dissuade.

What is it? Mama wanted to know. 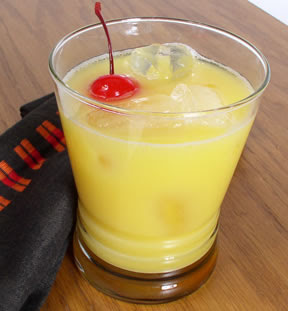 "Orange juice and splash of vodka."

Next thang I knowed, Mama had this silly little giggle goin' .....


To this heah day the only thang my Mama drinks is a screwdriver light. Well, now, that ain't true. After me and Uncle was hitched up a fair few years, he got her onto Pinot Grigio.

The names of parents is fictitious to protect the innocent.
Posted by Aunty Belle at 8:13 PM

I have no idea why you've allowed this corrupting influence to enter and stay in your sweet life all this time.
Shame.

Travel Troll Poll at the Troll Report today. Gotta here from Aunty on that one!

orange sodie was and is my favorite!

Special one-off Bogsblog post now up… nope, this is not an April Fools thing! but Aunt B, this may be one you have to read with one eye covered - there's been a lot of hanky-panky in the news of late...

See, if I had a little giggle going on, that would mean I'd never be able to drink it again.

most of my aunts down in old miss married quite early and had several kids. may of cousins married early too.

my momma tells this story of my daddy.
he apparently used to say that when i was dating age he was gonna sit on the front porch with his rifle and check out all my suitors before they could date me.

Iamnot, yeah, what is I thinkin'?
(Doan answer that!)

Troll, it is a classic--an' I'se comin' right on over to check yore poll.

Hey Moi, I knows you and Uncle would click--he's jes' this side of a foot fetish, bein' how much he likes to see ladies in purty shoes!

Anon Boxer, Pumpkin, ya doan wanna giggle none? Thas' not yore style.You and the She-pup goes fer the Patron.

Foamy, OH mygoodness! We mayhap be cousins ourselves--truly. I mean, did ya' knowed Aunty was borned in Mississippi...or can ya'll tell?

Youre Daddy and my Daddy would got on famously, Foamy Lady.

belle,
your online accent done gave you away a long time ago, sweetie .. :)
and yes, you've mentioned having relatives from ms. just a month ago i was down there for a funeral. i visited my dad's kin of their farms .. i posted a few pics further back on the blog. i might post a few more. it really tugged on the heartstrings to be back down there.
i was born in florida btw.
lakeland .. :)
ps: actually he said shotgun .. not rifle.

Did ya ever get around to thanking Uncle for saving the Convent?

Great story telling Belle, I was riveted!
If that be a picture of baby Belle ... you was a beauty even then.

I remember this awesome post. but this time i noticed the expression "hard tail" grrrrhahahaha

oh. and the heartbreaking realization that the first time this was posted...granny cracker still had this drink. *sniff*

Fishy,
Ya know...youse on Granny Cracker's page--she always said no convent could tolerate a novice who thought she'd come to relieve Mother Superior of her job.

Yep, thas' Baby Belle--but tahr's a few creases since then : )

I'se got meself set up now--computer an' all, cause Uncle took Moi's suggestion an' we's been watchin all the episodes of Justified Season I-- Uncle luvs him a good revenge show whar' the good guys win--Aunty keeps one eye on it, but Raylan needs some fattenin' up. The writers of this series is havin' theyselves a grand ole time pokin' at eve'r stereotype known to Western Civ.

Anyhooo--we's waitin' our turn to liftoff.

Heh heh heh. So Aunty. So Uncle. Love it.