Is Wierd News Better Than Nuthin?

"How Uncle Taught My Mama to Drink"

But I done had the same post up a few days and it's run it's course...
sigh..wif' no time, what ought a poor blogger to do?

So--either it's nuthin' to post --or I can leave ya wif' a few odd news stories. 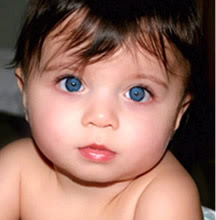 If youse blue-eyed, you and me is kinfolks. Yep, Some Danish scientist figgered out that all blue-eyed humans is from the same ONE ancestor.

We's more fragile in cyberspace than we know--giant cables off of Egypt broke down and internet communications between the Middle East and Europe was stalled--same time, some mid-west blackberries and I-phones had no internet ...no major panic, they found satellite substitutes, but uh,, hmmmmnn? does this sound like a good plot for a international intrigue/high tech/ thriller novel? 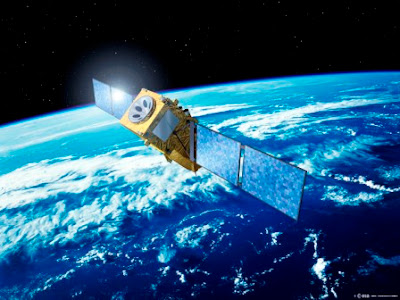 Well, ya'll have a great football weekend--I'll jes be heah, scribblin' mah fingers to the bone while Uncle finishes that negotiated fishin' trip ....
Posted by Aunty Belle at 11:54 AM

Regarding the gene-mutation, that seems to conflict with lib-hero Louis Farrakhan's "Evil Professor from Outer Space" thesis.


You think we might see a Vice-President Charley (chain-gang charlie) Crist?

I ain't watching the Super-Snooze-Fest. If it ain't the SEC, it ain't worth watching.

I'll be doing what Uncle's doing only more skillfully. Hope he catches you some lunkers!

Work on Aunty! I totally understand.

i have a deadline due by tuesday...
as you can see i'm here procrastinating...
on gettin some sleep.

I don't share your eye color, but I do share your knowledge of footwear and your profession, so close enough. Only you seem to actually be busy writing, whereas I am busy NOT WRITING, a phrase coined by Ms R over at Women of Experience to describe a state of immobility particular to those of us who scribble for a living. http://womanofexperience.blogspot.com
/2007/08/who-needs-compulsory-fun.html

So, yep, troll Man --Crist is jockeying fer a postgion it seems ter me. And--guess what?? Uncle jes' checked in--they got a boat full of specks and they's happy fellers...

Anoymous Boxer,Sweet Pea, Aunty tries to come see ya--but ain't no commentin' place--jes' know I slip over to see ya onc't in a while. Does ya race deadlines too?? Ho! We's a heck of a gang ain't we?

Foamy Lady, hey hey...is ya hiding in yore bloggin? I do that--I admit it. Okay--you git some sleep and Aunty will pray ya make that deadline on Tuesday!!

Makes me wonder, do bloggers in general attract writers and artists (or would be writers) in greater proportion than other sorts of jobs? Logical ain't it?

I think you may have misunderstood....
IF they could get them politicians to SUCK as hard as they blow, then we could build a vacuum to get rid of bad emmissions.

Wicked's a Speech/Language pathologist by day, writer by night. With tons o' talent.