Ya'll, we is gussied up!

I mean--ain't nuthin' much round heah that ain't sparkling or smellin' of pine and fir and oranges wif' cloves..vanilla candles and fragrant roses........

Oh how I wish't all ya'll could be wif' Uncle and me and our clan jes' fer a night.

We had a thang the other night--yeah, fun and merry. The regular songs wuz sung out and ever'body racked they brians to come up wif somethin' we ain't sung yet.

Thas' how we ended up wif some Hony-tonk Christmas music. Ya'll's heard the one about the kid tryin' to buy his dyin' Mama a pair of shoes?

Not bad...but mah favorite Hony-tonk Christmas tune is from the Trans-Siberian Orchestra:

IN AN OLD CITY BAR

This heah is the lyrics: 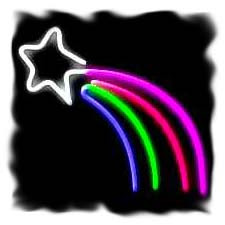 Then the bartender gazed
Through the smoke and the haze

Through the window and ice
To a corner streetlight

And the snow it was falling
The neon was calling
The bartender turned
And said , not that I care
But how would you know this?
The child said I've noticed 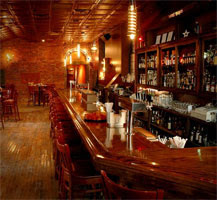 If one could be home
They'd be all ready there

Then he followed the child to the girl cross the street
And we watched from the bar as they started to speak
Then he called for a cab and he said J.F.K.
Put the girl in the cab and the cab drove away
And we saw in his hand
That the cash was all gone
From the light that she had
wished upon

By helping a neighbor
Or even a stranger

And to know who needs help
You need only just ask

But they weren't there
So they couldn't see
By an old neon star
On that, night, Christmas Eve

Then all at once inside that night 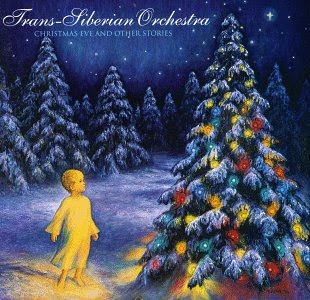 It's every gift that someone gives
Expecting nothing back
It's every kindness that we do
Each simple little act
Posted by Aunty Belle at 7:41 PM

Did you get your gift in the mail?

not yet!!
Merry Christmas Infinitessima!!

nice sentiment aunty but the music those guys make? i need a sedative when i hear that shi ite. grrerhahaha

Dawgy-She, is ya tryin' ter slip in some naughty words? Huh? I seen that--ain't kosher, kiddo.

You too Artfulsub, if ya comes thisaway fer a Gator thang....

One of the reasons I like this time of year is because we can take some extra time to think about things like this... but Aunty? The music?

I gotta agree with She.

What music? I didn't hear any music though going by She and AB's comments perhaps I have been spared. Loved those lyrics and the sentiment behind them. Wouldn't it be something if we all felt so charitable towards our fellow man all year round?

Love the lyrics but must also respectfully agree with She and AB: Must. Cover. Ears.

But you, Aunty, you rock. Merry, merry!

Aw, ya'll...now thhe music of that song ain't bad--it is ballad style--so, uh, I'se thinkin' ya mean the trans-siberian orchestra's general music? Not that particular tune?
Yep, AB, Gypsy and Mois--fine sentiment--a slow down an' look around ya' moment.

What is the best/most "Christmas thang" ya'll have done this year?

Merry Christmas, Aunty Belle. I'm not familiar with the music. It's the multiple assaults on guest's olfactory senses that I'd like to see changed.

My Fave Top Chef Season 3 moment was when the Judges dressed down the ghey Contestant for using scented candles.

Oh. And before all that? We'll be trying to de-skunkify the dawg. Mebby Cwismas.

I fergot t'mention this, but, the prize I won got featured in m'video, "Boneman's Studio" which was kind'a a joke 'cause I saw K9's studio video and it was so BIG and so COOL! and Trout was jumpin' around and having ever so good a time!
So I made a video of my studio, complete with three of the four dogs but no cats.
Oddly enough, once I'm in there painting, ever once and a while I'll look down and even though there ain't enough room fer 'em all, there will be all four dogs and two cats curled up in various places in the room.

Kind want to tell everybody
Goldfish bowl (wee fish)
a baby lamb (ewe)
a girl horse (mare) (That's grrrl for K9)
some herons (egrets)
and a moose (not Bullwinkle, even though I'm a big fan.
So, repeat that two more times and end with an ear hopping along the ground and you have:

and a hoppy new ear!

merry christmas aunty belle! i call on ya in a few days. mebbe come by yore garden again for a photo op. you still have ol trouble the burro? was that his name? i forgot.

and a merry christmas to you, belle
xo

Merry Christmas Aunty~
and hugs too :)
Much love to you and yours :)