Ever once in a while someone happens up on this Front Porch who leaves me shakin' mah haid.

Today it were ole' Rabbit Bronson, a 60 somethin' rascal whose real name is Raburn after that famous Gap up in the Appalachians. But see, how he got his name is that he be known to git real, real rabid on some thangs, so folks would always say, "Here comes that Rabid Bronson," which he done took to be "Rabbit" Bronson, thinkin' folks was noticin' how fast he could hop around on the dance floor.

He ain't akshully a neighbor of me and Uncle, but when the air is right he can come in from the wilder woods and set a spell. An' so he done this monrin'...jes' a sittin' on the steps when Uncle went out to fetch the paper at dawn -thirty.

"You and Belle is slow these days ain'tcha? Whas' wif this layin' around in the bed after the rooster done crowed? Bring me a mug of yore stiffest cawfee, why don'cha?"

Uncle: "Belle ain't up yet. She been on that blog all dang night long. Lemme call her down heah."

BELLE! Ya' got a caller down heah what ain't got no cawfee. Git yore corset on girl and come see who done come a callin'.

Uncle: "A BLOG--one of them computer chat places fer folks thas' too lazy to git to a real job
of work."

Rabbit: "I doan know nuthin' 'bout that, except thas' whar' my nephew done ordered me this
radical winger shirt."

Uncle: "Lemme see what it say on the back."

I pushed open the screen door in time to see Rabbit stand up an proudly show off his blue shirt adorned wif' the United Nations logo. It read:

Me: "Why Rabbit! I ain't seen ya' in a coon's age..but I see youse jes' as rabid as ever, you
politically incorrect ole coot. "

Rabbit: "Now Belle, doan talk love talk to me in front of yore man, I ain't had no cawfee an' I
ain't ready fer no fightin' yet."

Me: "Here's a mug big enough fer Paul Bunyan, Darlin'. How does ya take yores?"

Rabbit: "I take mah cawfee like I takes mah wimmen."

Rabbit: "Straight and strong, Aloysius....Ya'll ain't seen the papers yet have ya?
Wait til ya' read on them French. Seems that now Ramadan is finished they's fresh
riots, so the French police done got tough an' launched an aggressive distribution of
white flags to the neighborhoods next to the rioters."

Rabbit: "A feller has to keep up wif' world events. How else ya gonna know that the Russians
broke off negotiations wif' the Orthodox-Catholic dialog that were all set up in Italy."

Rabbit: "How else is I gonna learn that Harry Reid auctioned his suit and tie on eBay, tryin' to
raise millions off his name. He said 'If Limbaugh can do it so can I! ' But, they ain't
been no bites yet."

Rabbit: "How would ya know....when John Edwards calls a press conference to address the
children's legal crisis-- 41% of American children don't have lawyers --and 30% of
them are from households of 80 thousand dollars per year...anything can make the
news.

An' the Dems is forcin' Bush to close Gitmo, wif' the detainees released into Mexican
custody to be put on fast track to US citizenship............

At least Hilary is admittin' some thangs--she said 'Some people have skeletons in their
closets, I just have Hsus.'

But the good news is that scientist's found that Rosie O'Donnell's .....ah, hot air, is the
cause of global warming....why it's caused more damage than Al Gore's Gulfstream. "

Me: "Rabbit, I has mah standards and youse goin' too far. Them's unmentionable subjects on
the porches." I excused mahself and went to feed the birds. 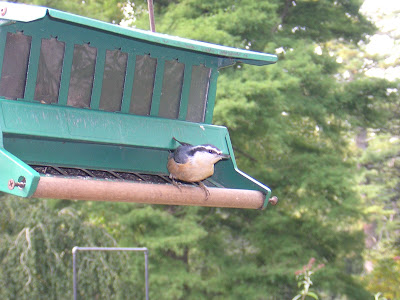 Menfolks is indelicate sometimes. It is best not to give 'em an audience.

When Rabbit shuffled down the path to his buggy and drove off I heered Uncle chuckle.

Uncle: "Rabbit told me he gits in trouble eve'r whar but hadn't figgered youse the sort that
would send him packin'. He said last week he were so riled up over at Miller's feed store,
whar' Tom done hired his wife's no-account brother what's a weirdo libber. Rabbit said
the libber was puttin' some chicken mash in the truck and went to hollerin' over Rabbit's
bumper sticker, shakin' his fist an' all..."Ya' know," he say, "All them fellers is for free
speech until ya say somethin' they doan like, then they's for rearrangin' yore zippered
parts."
Me: "So?

Uncle: "Well, when he drove off I seen he has a pro-choice bumper sticker."


Uncle: "It said: If you don't believe in Lethal Injection, don't have one."

Me: "Aloysius, I ain't amused that youse amused."

Me: "Rabbit got them funny sayin's and that bumper sticker offa the blogs, Aloysius. He's
been to St. Jimbob of the Apokalypse and thepeoplescube.com "

Uncle: "Aw, now Belle, that man ain't hardly heered of computers, much less any blog thangs -
-why he said so--his nephew had ter git that shirt for him--he lives too far back in them
sticks, ain't even a gator will go--ain't nobody went in thar to set up no computer fer
that dodderin' rascal."

Me: "An' iffin' ya' believes that tale he spun, he will be pleased to relive ya of yore Franklins." 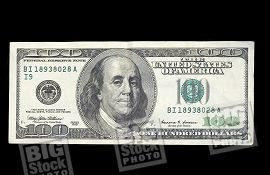 now we know how uncle takes HIS cawfee aunty.grrherhaha

speaking of unmentionables that al gore global warming jelly looks like a tube of lube..a "shakedown aid" to the ease the pain for the taxpayers.

I does know how to spell Rabun, but doan think I ever heered a cracker what could say that name wif'out a "r" in it. The way some folks say "idear" when they gits an idea.

Really funny stuff. There are some REALLY GOOD poker players out there in the Piney woods. And they do disguise themselves when playing on the inner nets.

yeah i know some of those dumb mountain bunnies...dumb like a fox! i hears yas aunty on the "errrrrrrs"